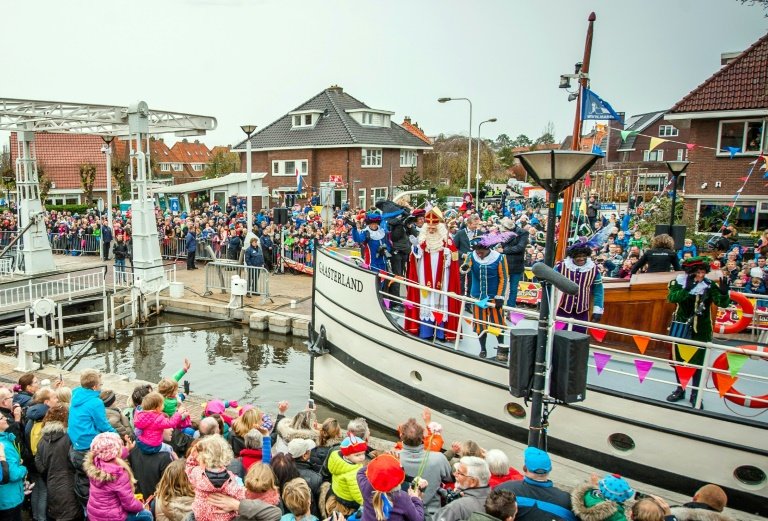 The Dutch are rapidly turning against the use of blackface for a popular festive character, with young people in particular saying it has no place in modern society, a survey showed Friday.

Zwarte Piet, or Black Pete, is the sidekick of Sinterklaas, or Saint Nicholas, whose feast day is celebrated in early December with presents and family celebrations -- but his appearance has met increasing opposition.

Only one third (33 percent) of people now believe that Piet should sport his traditional costume of a jet-black painted face, red lips, an afro wig and large gold earring, the survey of 1,457 Dutch adults by I&O research said.

Six years ago when the first survey was carried out 65 percent of Dutch believed that the character should remain in blackface, the researchers said.

Support has even decreased from last year's 38 percent, the researchers said.

Four percent said the character should be completely abolished while 55 percent said his appearance should change -- whether gradually or immediately to a so-called 'Chimney Pete' with soot smears on the cheeks, or to no skin paining at all.

Protests by anti-racism campaigners have become a yearly occurrence during parades to mark the "arrival" of Sinterklaas in the Netherlands in November.

While there has been a noticeable increase in soot-smeared Piets in recent years, characters in full blackface can still be seen dancing through major cities.

The survey said young Dutch people were especially opposed to the blackface tradition, with support dropping from 34 percent in 2018 to 19 percent this year in the 18-34 age group.

"I used to think nothing strange about Zwarte Piet, but in retrospect it is quite strange," the survey quoted one unnamed young adult as saying.

Support also divided along political lines, with a large majority (79 percent) of voters for the far-right parties of anti-Islam politician Geert Wilders and pro-Kremlin Covid conspiracist Thierry Baudet wanting to keep the character in blackface.

The Netherlands has recently been reckoning with its history as a colonial and slave-trading power, and is reportedly set to make a formal apology for slavery later in December.