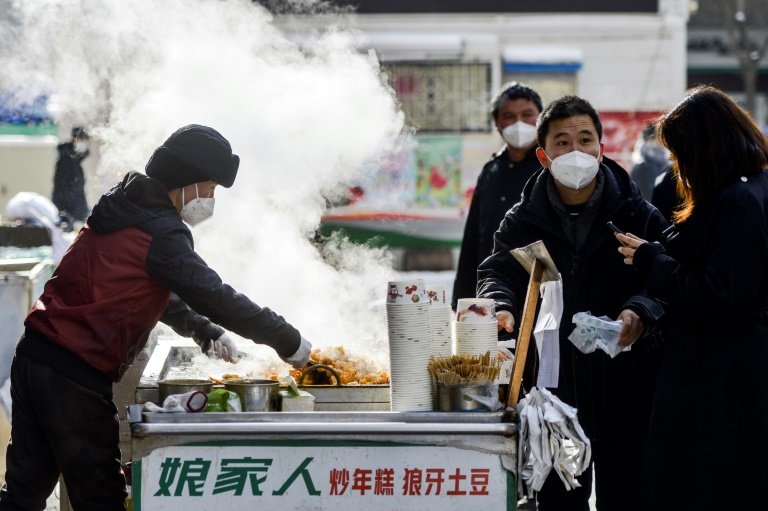 The World Health Organization has cheered China's loosening of its zero-Covid policy, with cities across the country making further moves towards unwinding some restrictions after days of unprecedented protests against the measures.

President Xi Jinping suggested the spread of the less lethal Omicron strain might allow China to pull back from its hardline strategy of lockdowns and mass testing, senior EU officials reported Friday.

Discontent with Beijing's uncompromising pandemic response spilled onto streets last weekend and expanded into calls for more political freedom, in widespread demonstrations not seen in decades.

In his first known comments on the protests, Xi told European Union chief Charles Michel the demonstrators were "mainly students or teenagers in university" fed up with Covid restrictions when the pair met Thursday in Beijing, senior officials speaking on condition of anonymity said.

Xi complained "that after three years of Covid that he had an issue because people were frustrated", they said.

They added Xi had told Michel that given most cases in China were now of the Omicron variant, that "opens the way for more openness of the restrictions than what we have already seen in some regions".

The World Health Organization was "pleased to learn that the Chinese authorities are adjusting their current strategies," balancing control measures with the lives of communities who have "suffered", WHO emergencies director Michael Ryan told reporters Friday.

Chinese government officials had signalled a broader relaxation of the zero-Covid policy could be in the works.

The WHO was pleased to see China's vaccination rates rising, Ryan said.

She made no mention of zero-Covid in those remarks or in another meeting Thursday, suggesting the approach, which has disrupted the economy and daily life, might soon be relaxed. 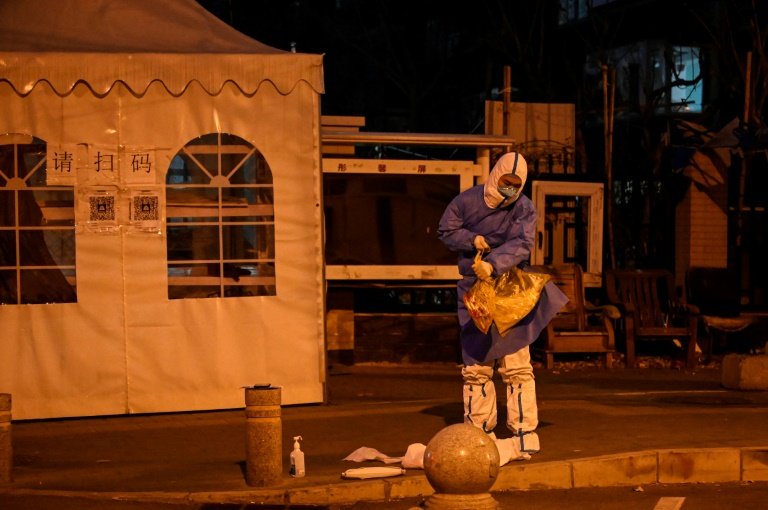 A health worker in personal protective equipment carries Covid-19 testing swabs and tubes along a street in Beijing on December 2, 2022, as China further unwinds some of its lockdowns / © AFP

But sporadic localised confrontations have continued to flare up.

The post's author said the video showed parents of students who had tested positive for the virus and had been taken to quarantine.

Parents are seen kneeling before the school gate, pleading to take their children home. Another video showed at least a dozen police officers at the scene.

But signs have emerged of a possible shift in the policy of sending positive cases to central quarantine facilities.

An analysis Friday by state-run newspaper People's Daily quoted health experts supporting local government moves to allow patients to quarantine at home, which would be a marked departure from current rules.

When called Friday, some officials in Beijing's Chaoyang district said people who tested positive there would no longer have to go to central quarantine.

Authorities in southern factory hub Dongguan said Thursday those who meet "specific conditions" should be allowed to isolate at home. They did not specify what those conditions would be.

The southwestern metropolis of Chengdu from Friday no longer required a recent negative test result to enter public places or ride the metro, instead only demanding a green health code on an app confirming people have not travelled to a "high-risk" area.

The day before, capital health authorities called on hospitals not to deny treatment to people without a 48-hour test.

In January, a pregnant woman in Xi'an miscarried after being refused hospital entry for not having a PCR result.

China has seen a string of deaths after treatment was delayed by Covid restrictions, including the recent death of a four-month-old baby stuck in quarantine with her father.

Those cases became a rallying cry during the protests, with a viral post listing names of those who died because of alleged negligence linked to the pandemic response.

Many other cities with virus outbreaks are allowing restaurants, shopping malls and even schools to reopen, in a clear departure from previous tough lockdown rules.

In the northwestern city of Urumqi, where the fire occurred that killed 10 people and became the catalyst for the anti-lockdown protests, authorities announced Friday that supermarkets, hotels, restaurants and ski resorts would gradually reopen.

The city of more than four million in far-western Xinjiang region endured one of China's longest lockdowns, with some areas shut from early August.