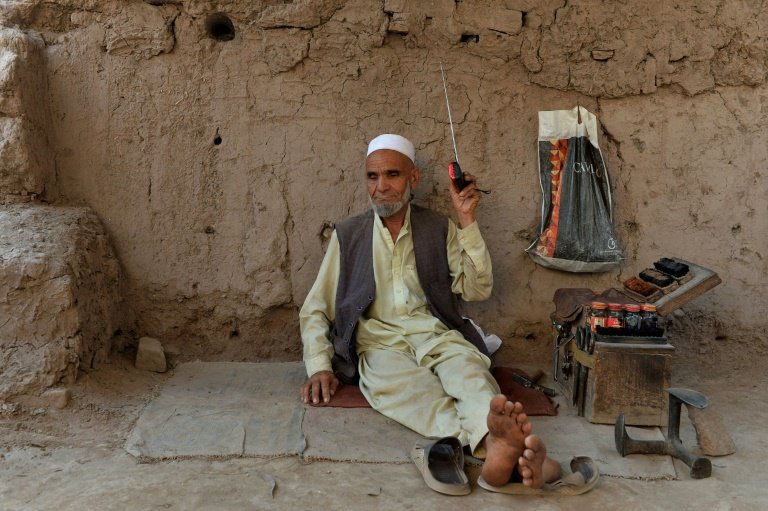 A shoeshiner listens to the radio in 2020 on the outskirts of Jalalabad, Afghanistan / © AFP

The Taliban on Thursday removed from the airwaves US-funded Radio Free Europe/Radio Liberty's Afghanistan service, which has vowed not to comply with the country's Islamist rulers.

Azadi, which means "liberty," broadcasts in Dari and Pashto and, since the Taliban takeover last year, has partly dedicated efforts to providing educational programming for girls barred from school.

Abdul Haq Hammad, a Taliban information ministry official, wrote on Twitter that Azadi was being taken off the air for "non-compliance with journalist principles and one-sided coverage."

Radio Free Europe/Radio Liberty, which is funded by the US Congress but editorially independent, confirmed that Azadi was taken off the AM and FM dials and vowed to expand efforts so Afghans can access the service through other means.

"Azadi is a lifeline for tens of millions of Afghans, making the Taliban's decision all the more tragic," Radio Free Europe/Radio Liberty president Jamie Fly said in a statement.

"RFE/RL will not change our editorial line to accommodate Taliban demands in order to stay on the air. We know from experience that our audiences make great efforts to find us," Fly said.

The broadcaster cited a US government survey that said that half of Afghans accessed Azadi content each week.

Azadi was set up after the United States toppled the Taliban regime following the September 11, 2001 attacks and it closed its physical bureau after the Taliban returned to power last year amid the US pullout.

Azadi has kept operating from outside Afghanistan including through programming for girls from ages seven to 12 and coverage of the plight under the Taliban of women and girls and the LGBTQ community.