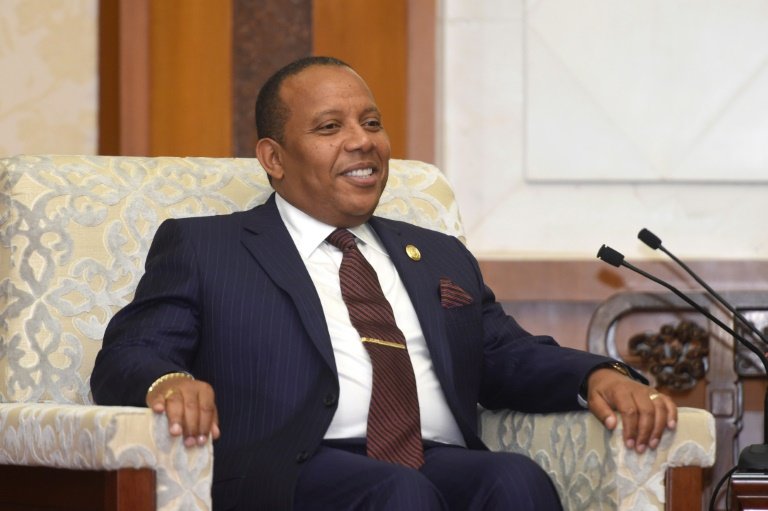 Accuser: Prime Minister Patrice Trovoada, pictured during a visit to China in 2018 / © POOL/AFP/File

One of Sao Tome's leading opposition figures says accusations that he sought to mount a coup in the tiny African state were a "sham" and a bid to destroy him.

Four people were killed last Friday when the military thwarted an attempt to seize power, according to the authorities.

"All this is just a sham, a show... aimed at physically eliminating people who can be politically troublesome, which includes me," Neves said at a press conference on Wednesday.

Neves was released on bail on Tuesday, his lawyer and STP-Presse said.

The justice ministry and public prosecutor's office did not reply to an AFP request on Wednesday to say whether Neves had been charged, and if so for what.

Sao Tome and Principe is a Portuguese-speaking archipelago off central Africa that has a strong reputation for democracy and stability.

Key details about what happened on Friday and the following days remain murky.

Trovoada on Friday said that four people had been arrested after a six-hour gun battle at army headquarters.

Four people had died and the detainees had identified Neves and a mercenary named Arlecio Costa as the "sponsors" of the operation, he said.

The authorities then arrested Neves and Costa, Trovoado said.

But two days later, the armed forces chief of staff said, without elaborating, that three of the four detainees had died of wounds sustained in an "explosion" and Costa had died after he "jumped from a vehicle."

"They killed the living proof" of what had happened, Neves said at the press conference, referring to Costa and the three dead detainees.

"The accuser (the fourth detainee) was left alive to say that Delfim Neves was one of the ringleaders behind this plot," he charged.

He added, "If people hadn't mobilised quickly to get me out of the barracks at 5.30 a.m., Delfim Neves would have been dead the following day as well."

Costa once served in a notorious South African mercenary outfit, the Buffalo Battalion, which was disbanded at the end of apartheid in 1993. He had been previously accused of an attempted coup in Sao Tome in 2009.

The government has announced it will launch investigations into the attempted coup and the death of the four.

The European Union on Tuesday added to pressure for transparency, saying the probe should "shed light on the facts... in line with human rights and democratic values."

Neves lost his position as speaker on November 11 when the new National Assembly was installed following elections in September.

The vote was won with an absolute majority by Trovoada's centre-right Independent Democratic Action (ADI) party. He returned to the top job for a third time.

The ADI is one of two major parties that have vied to run the nation since independence from Portugal in 1975, along with the Movement for the Liberation of Sao Tome and Principe-Social Democratic Party (MLSTP-PSD).

Neves last year also failed in an attempt to be elected president, a largely symbolic job, losing to the ADI's Carlos Vila Nova.

He arrived in third place and alleged "massive electoral fraud" had taken place.