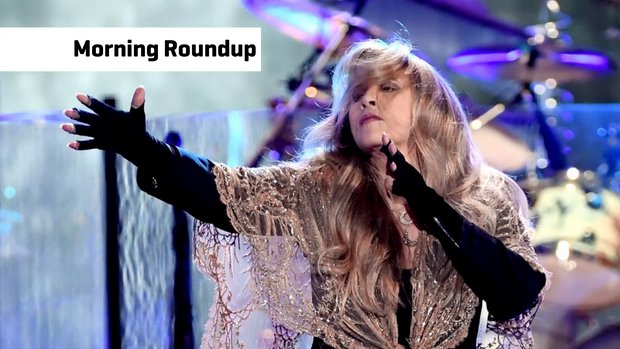 Luxembourg and the Greater Region

KNIFE ATTACK - The prosecutor's office in Luxembourg has announced that the victim of a knife attack has succumbed to their injuries. The suspect is the 70-year-old father of the victim. He surrendered to the police on Tuesday afternoon, a few hours after the attack, which took place in Pétange, not far from the Belgian border. The public prosecutor's office ordered the man's arrest and has launched an investigation on the grounds of attempted murder or attempted manslaughter.

COVID NUMBERS - the latest figures from the Ministry of Health show that a total of 422 coronavirus cases were discovered over the last 24 hours. One new death was reported, bringing the death toll in the Grand Duchy to 1,163. There are currently 27 patients in hospital, with one person currently in intensive care. The R rate is at 1.

TRIER ATTACK - 2 years ago today, the driver of a car rammed into pedestrians in the German city of Trier. Five people were killed – including a nine-week-old baby and the baby’s father - when the 52-year-old male drove through a pedestrian zone in his SUV.  At lunchtime, the mayor Wolfram Leibe will lay flowers at the Porta Nigra together with those left behind as part of a memorial ceremony. The guilty driver was sentenced to a life sentence in August, which he must spend in a closed psychiatric hospital.

CONSUMER CONFIDENCE - According to the Luxembourg Central Bank, consumer confidence in the Grand Duchy increased in November. According to the bank’s monthly survey, all components of the indicator have evolved favourably since August, with the exception of households' intentions in terms of major purchases.

WORLD AIDS DAY - Today, the first of December, is World AIDS Day. In the course of 2021, 50 people were newly infected in this country. Officially, there are 1160 HIV-positive people in Luxembourg, although we know that there is a larger unofficial figure. Despite effective medicines, worldwide, hundreds of thousands of people still die from the virus every year. Above all in Africa where more than 320,000 deaths were registered in 2021.

UKRAINE OSCE - Today and tomorrow, Foreign ministers of the OSCE countries will discuss the security situation in Europe in Lodz, Poland, but without Russia. For the OSCE, the European Organization for Security and Co-operation, the Russian war in Ukraine is officially an act of terrorism. NATO foreign ministers met earlier in the week in Bucharest. On the sidelines, an exchange was held with partner countries Georgia, Moldova and Bosnia-Herzegovina and Foreign Minister Jean Asselborn awarded each of the three countries €1 million for their security efforts and an intensification of cooperation with NATO.

McVIE DIES - Christine McVie, who played with Fleetwood Mac and wrote some of their most famous songs, has died aged 79. The British singer-songwriter was behind hits including Little Lies, Everywhere, Don't Stop, Say You Love Me and Songbird. She died peacefully at a hospital in the company of her family. McVie left Fleetwood Mac after 28 years in 1998 but returned in 2014.

WORLD CUP - In the World Cup, Argentina and Poland have gone through to the knock out stages. The Argentinians got through yesterday evening with 2-0 win against Poland and in the end won the Group C. The Polish team were able to defend their 2nd place despite the defeat, because Mexico just won with 2-1 against Saudi Arabia. Argentina will now face Australia and Poland will face France. Today, it will be the decisions in groups E and F. At 4 pm, Belgium needs to beat Croatia in order to make it to the quarter-final. At the same time, Morocco meets Canada. And tonight at 8, Germany plays Costa Rica and Japan takes on Spain.

LUXEMBOURG AWARDS - The annual award ceremony for national sportswomen and men of the year is taking place in the casino in Mondorf-les-Bains tonight. There are prizes in 4 categories and no clear favorites. Bob Jungels or Dylan Pereira have a good chance in the men's category. Among the ladies, the awards are likely to go to table tennis players Sarah De Nutte and Ni Xia Lian. And for the ‘team of the year’ award, the women's national team in table tennis, or the national football teams are in with a chance.

A cloudy day on the first day of December, but chillier than we have had up to now. Morning temperatures will start off at 1-5°C, rising slightly to 3-7°C in the afternoon
Be sure to catch our full bulletin on the hour, every hour and headlines at half past the hour on RTL Today Radio. You can also access the news via Alexa, and on RTL Play.