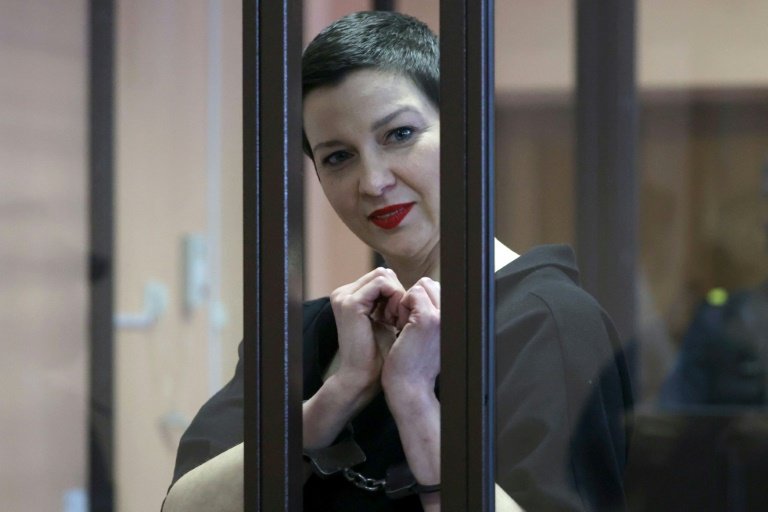 Jailed Belarusian opposition leader Maria Kolesnikova, who is serving a long prison term, has been admitted to intensive care in hospital, her allies said on Tuesday.

"Maria is in the emergency hospital in Gomel, in the intensive care unit," said the press service of fellow opposition politician Viktor Babaryko.

Maria Kolesnikova was part of a trio of women -- with Veronika Tsepkalo and Svetlana Tikhanovskaya -- who led historic demonstrations against Belarusian strongman Alexander Lukashenko.

Kolesnikova, 40, is the only one of the three still in the country, but she is serving 11 years for conspiracy over her role in the mass protests.

According to the press release, she first went to the surgery unit before being sent to intensive care.

"What terrible news. Our dear Masha, we all hope that you will be alright!" said Tikhanovskaya, now leader of the opposition in exile.

Last week Babaryko's press service said Kolesnikova had been put in solitary confinement on the grounds of "impolite behaviour". It said her lawyer had been denied access to Kolesnikova.

Kolesnikova was jailed after spectacularly resisting expulsion from her own country.

The Belarusian security services (KGB) had driven her to the Ukrainian border after putting a sack over her head and pushing her into a minibus.

Kolesnikova then avoided deportation by ripping up her passport, but she was imprisoned.

In 2020 massive rallies had broken out across Belarus, against Lukashenko's claim to a sixth presidential term. 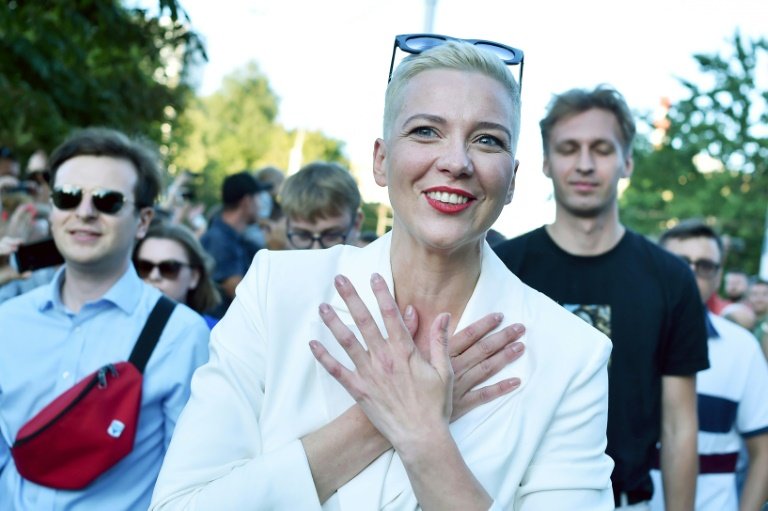 Lukashenko cracked down on the protests, leading to thousands of arrests and the forced exile or imprisonment of activists and journalists.

Kolesnikova -- a former flute player in the country's philharmonic orchestra -- became a symbol of the protest movement.

Shortly after her conviction she was given one of Europe's top human rights awards, the Vaclav Havel Prize, with the Council of Europe praising her courage.

Sentenced along with Kolesnikova was lawyer and activist Maxim Znak, who was given 10 years in a high-security prison colony.

One-time presidential hopeful Babaryko was jailed for 14 years on fraud charges last year in a case he condemned as politically motivated.

Western countries have adopted several sets of sanctions against Minsk, which has Moscow's unwavering support.

Russia used Belarus as a launching pad for its miliary operation in neighbouring Ukraine on February 24, but the Belarusian army has not officially taken part in fighting on Ukrainian territory.