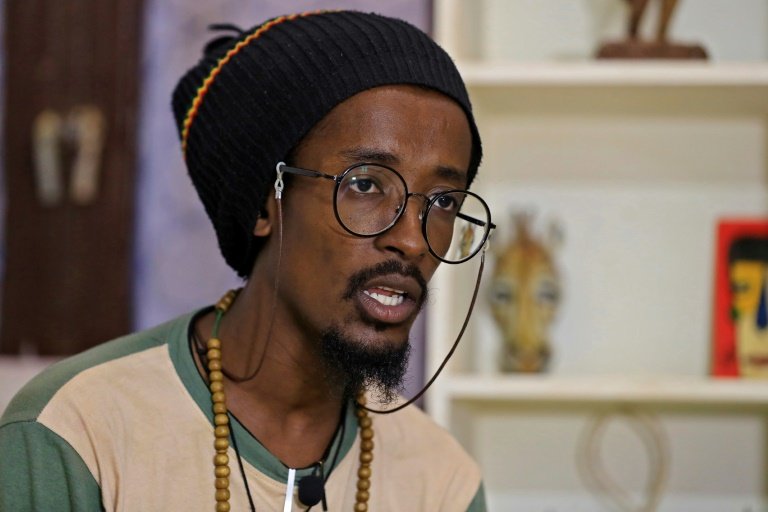 'It's a lifestyle, and it's me,' said Sudanese Rastafarian Abdallah Ahmed / © AFP

With his long dreadlocks and slouchy beanie, Abdallah Ahmed has always known his choice of lifestyle means trouble in Sudan, where long-oppressed Rastafarians say they are being targeted anew.

Ahmed, 31, has for years been enamoured of the Rastafari tradition which emerged in Jamaica last century and for him represents "telling the truth, being courageous, fighting for rights".

The number of Rastafarians in Sudan is unknown, and the community had largely lived underground under the autocratic rule of Omar al-Bashir, who was ousted in April 2019 following mass protests against his regime.

"We were very enthused after Bashir's fall," said Ahmed, a long-time Bob Marley fan also known as "Maxman", at an art exhibition where he performed reggae music with his band. 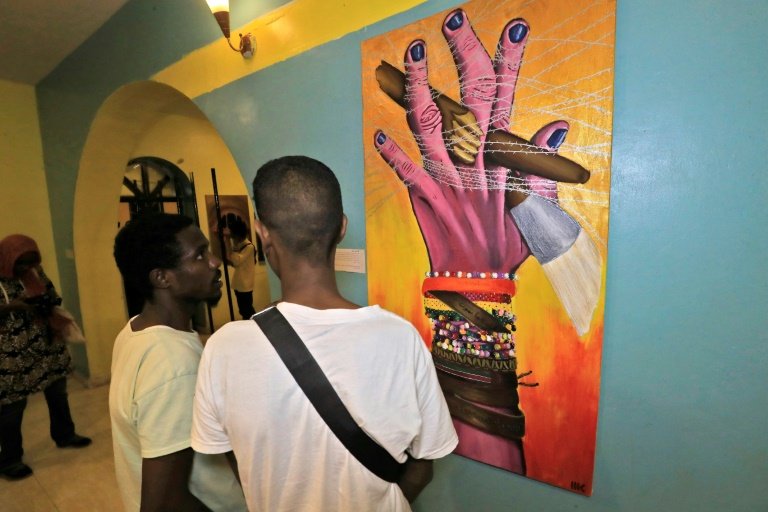 But a brief whiff of freedom did not last as a post-Bashir transition to civilian rule was upended last year when army chief Abdel Fattah al-Burhan led a military coup.

Rastafarianism considers former Ethiopian emperor Haile Selassie to be its Messiah, but like many followers in Sudan, Ahmed told AFP that he saw it "not as a religion".

Under Bashir, community members were regularly harassed, had their heads shaved and faced persecution under stringent public order laws restricting how people dress or behave in public. 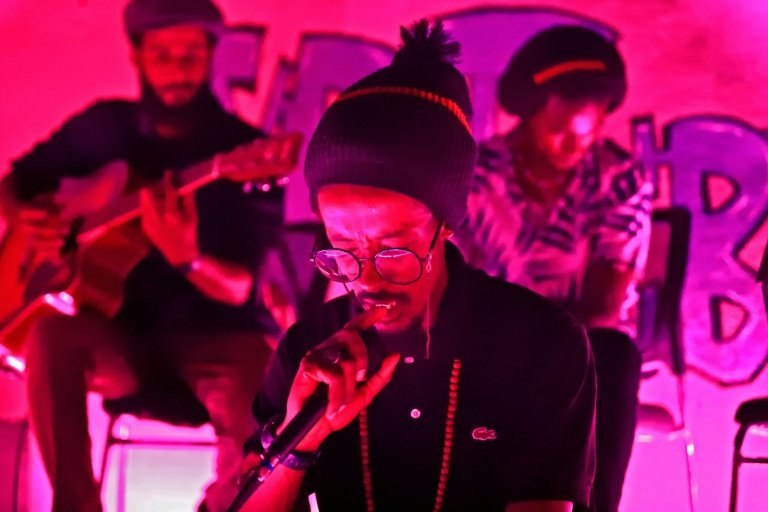 Ahmed, 31, performs reggae music with his band at an art exhibition in Sudan's capital / © AFP

Ahmed said he had been arrested for drug possession in 2017 while performing music in public, and was flogged 20 times.

Followers of the Rastafari tradition have always been "easy targets" for security forces due to their looks, said Ahmed, who was also frisked by security personnel during a Khartoum protest in November and faced charges of "causing public disturbance".

"It, however, never stopped us from growing our hair," he added. "Some of us died while holding on to their personal lifestyle." 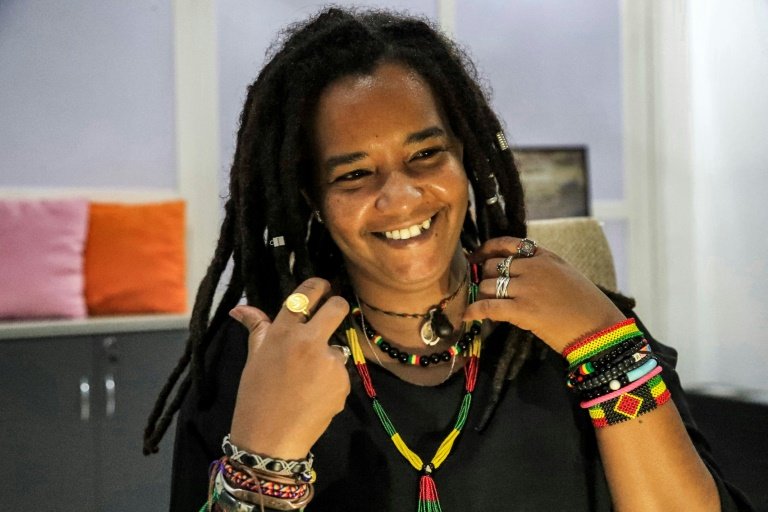 Afraa Saad, 35, sees her lifestyle choice as part of Sudanese women's battle against strict policing of social mores since the Bashir regime / © AFP

The killings of several Sudanese Rastafarians in mass anti-coup demonstrations since Burhan's takeover last year have given rise to a popular protest slogan: "The Rasta never dies".

At least 121 people have been killed in the crackdown on protests since the October 2021 coup, according to pro-democracy medics.

Noting the "peacefulness and spontaneity" of the demonstrations, 35-year-old film-maker Afraa Saad told AFP "this made us believe they were being especially targeted".

"I believe the slogan emerged to say that their good reputation will last."

As a woman, Saad said, she has faced greater scrutiny than male Rastafarians since she first embraced the tradition during the height of the anti-Bashir demonstrations. 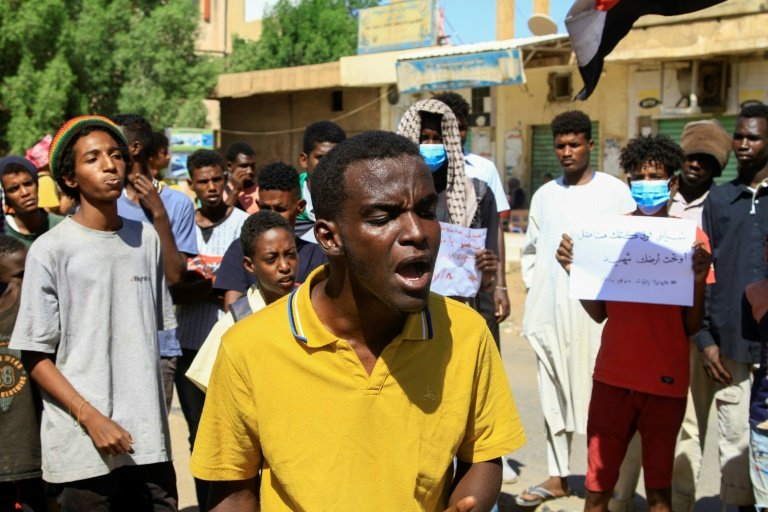 For some protesters in Sudan, wearing dreadlocks or Rastafari-style clothes is an act of defiance / © AFP

"The most persistent objection is: why would a girl wear dreadlocks when there are other more acceptable hairstyles," she said, noting a "prevalent stereotype" tying dreadlocks with drug use and "unbecoming behaviour".

Saad sees her lifestyle choice as part of Sudanese women's uphill battle against strict policing of social mores since the Bashir regime.

Women were at the forefront of the mass protests against the longtime autocrat's rule, voicing their anger at decades of discrimination that severely restricted their role in society.

For some in Sudan, wearing dreadlocks, listening to reggae music or having a Rasta-like lifestyle is merely an act of defiance. 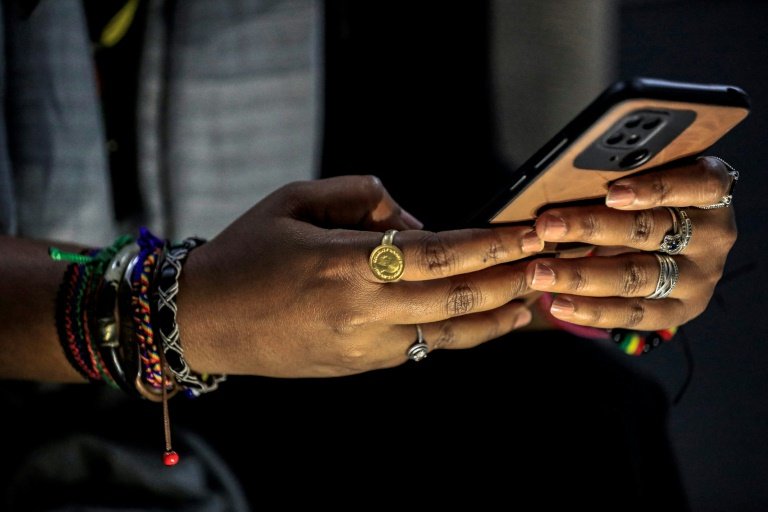 The number of Rastafarians in Sudan is unknown, and the community was largely underground during Omar al-Bashir's rule / © AFP

Saleh Abdalla, 26, who wears his hair in short dreadlocks, said it was his way of protesting the October 2021 military coup.

"We are refusing all violations that take place on behalf of authorities," he told AFP during one anti-coup demonstration in the capital Khartoum last month.

"I will keep the Rasta (dreadlocks) until the regime falls."