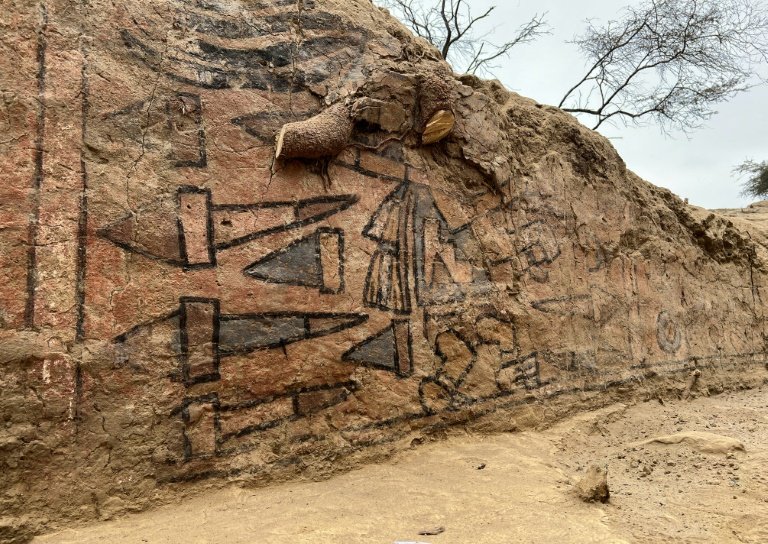 The pre-Hispanic fresco "Huaca pintada", in northern Peru, had not been seen in a century. / © AFP

Archeologists have rediscovered a pre-Hispanic fresco depicting mythological scenes in northern Peru that they had only seen in black and white photographs that were more than a century old.

"It's an exceptional discovery, first of all, because it is rare to unearth wall paintings of such quality in pre-Columbian archeology," said Sam Ghavami, the Swiss archeologist who led excavations that uncovered the mural in October.

Ghavami spent four years looking for the rock painting, which he believes could be around 1,000 years old, with a team of Peruvian students.

"The composition of this painting is unique in the history of mural art in pre-Hispanic Peru," added the archaeologist, who trained at the University of Fribourg in Switzerland.

The fresco forms part of the Huaca Pintada temple, which belonged to the Moche civilization that flourished between the 1st and 8th centuries, and venerated the Moon, the rain, iguanas, and spiders. 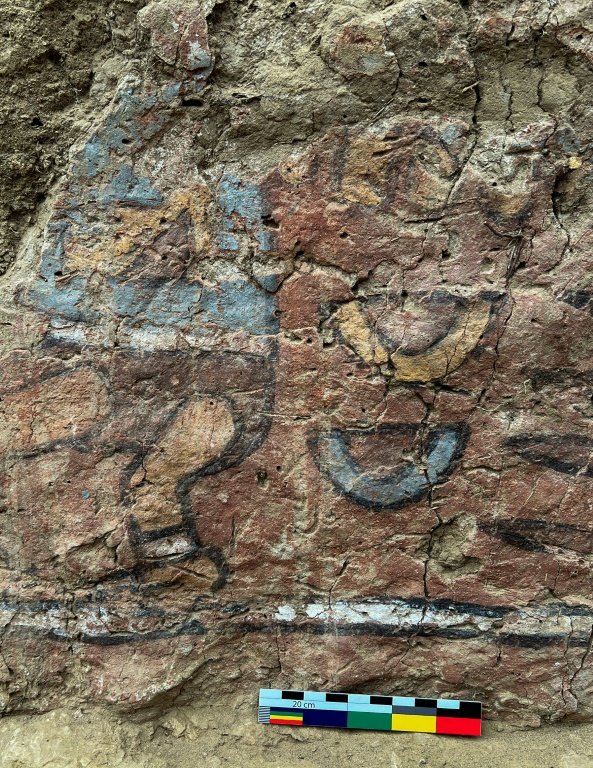 In one section, a procession of warriors can be seen heading toward a birdlike deity.

The painted images "appear to be inspired by the idea of a sacred hierarchy built around a cult of ancestors and their intimate links with the forces of nature," said Ghavami.

He told AFP that deciphering the mural's message would form part of his research, but he believes it "could be interpreted as a metaphorical image of the political and religious order of the region's ancient inhabitants."

The discovery is also unusual in that it shows a mixture of styles and elements of two pre-Incan cultures: the Moche and the Lambayeque, who lived on Peru's north coast between 900 and 1350 AD.

The mural's existence was only known via black and white photos taken in 1916 by the German ethnologist Hans Heinrich Bruning, who lived in Peru for many years.

However, treasure hunters destroyed a wall as they tried to loot the site, and "it was forgotten by the scientific community," said Ghavami.

On top of that, no one even knew about the photos Bruning had taken until they were found in 1978.

"Since then, archeologists have known about Huaca Pintada, but no one came to excavate the site because they thought they would find nothing there."

As the years went on, thick foliage took over. The fresco piqued Ghavami's interest as he worked on his doctoral thesis on cultural transitions such as that between the Moche and Lambayeque civilizations. 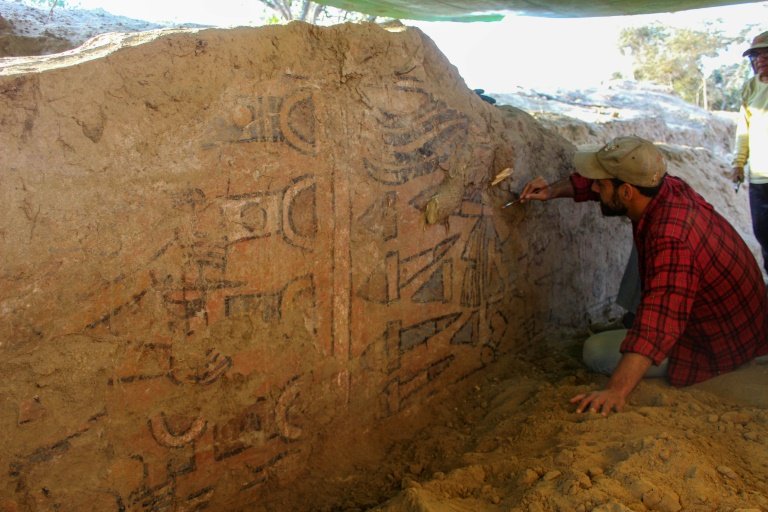 Until now, archeologists had only seen the "Huaca pintada" fresco in old black and white photographs / © AFP

However, first he had a long battle to obtain permission from the family that owns the land where the mural was found.

"It took me two years for them to let me dig and I had to try different ways to resolve the situation with the support of a shaman who works with the spirit of the shrine," said Ghavami.