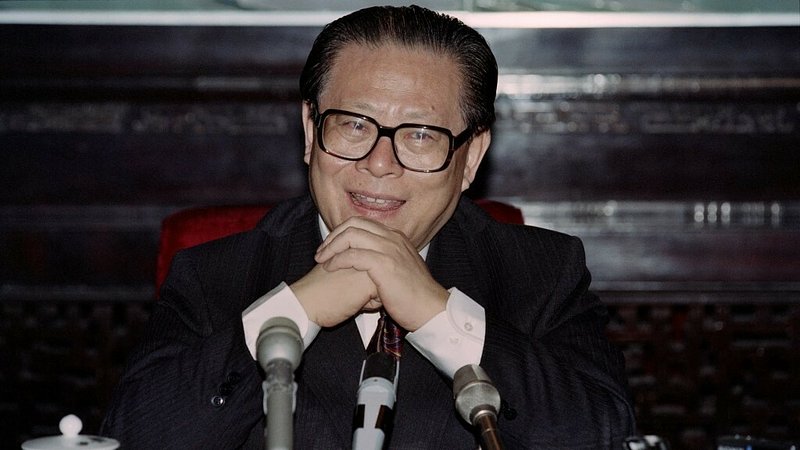 China's former leader Jiang Zemin, who steered the country through a transformational era from the late 1980s and into the new millennium, died Wednesday at the age of 96, state news agency Xinhua said.

Jiang took power in the aftermath of the 1989 Tiananmen Square crackdown and led the world's most populous nation towards its emergence as a powerhouse on the global stage.

Xinhua said the announcement of his death was made in a letter expressing "profound grief" at Jiang's death, addressed to the whole Communist Party, military and Chinese people.

His death came after all medical treatments had failed, it said.

"Comrade Jiang Zemin was an outstanding leader... a great Marxist, a great proletarian revolutionary, statesman, military strategist and diplomat, a long-tested communist fighter, and an outstanding leader of the great cause of socialism with Chinese characteristics," Xinhua quoted the letter as saying.

Jiang's death comes as China sees a flare-up of anti-lockdown protests that have morphed into calls for wider political freedoms -- the most widespread since the 1989 pro-democracy rallies that were crushed the year Jiang took power.

"During the serious political turmoil in China in the spring and summer of 1989, Comrade Jiang Zemin supported and implemented the correct decision of the Party Central Committee to oppose unrest, defend the socialist state power and safeguard the fundamental interests of the people," state broadcaster CCTV said on Wednesday.

When Jiang replaced Deng Xiaoping as leader in 1989, China was still in the early stages of economic modernisation.

By the time he retired as president in 2003, China was a member of the World Trade Organization, Beijing had secured the 2008 Olympics, and the country was well on its way to superpower status.

Analysts say Jiang and his "Shanghai Gang" faction continued to exert influence over communist politics long after he left the top job.

In the immediate aftermath of the announcement, Chinese state media all posted the same black-and-white photo of a chrysanthemum on their official accounts on social media platform Weibo.

Jiang is survived by his wife Wang Yeping and two sons.