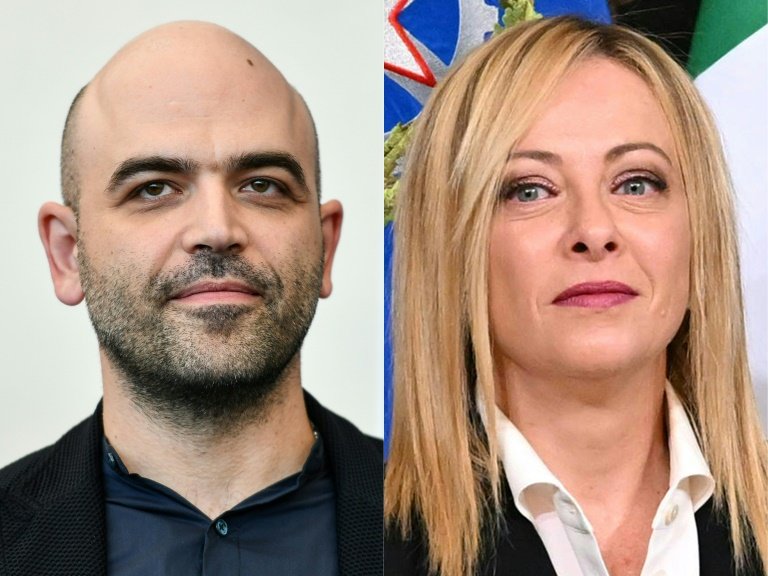 Italian Prime Minister Giorgia Meloni said she will not withdraw her defamation suit against journalist Roberto Saviano, in an interview published Tuesday, despite criticism that her position of power makes it an unfair trial.

The far-right leader told the Corriere della Sera daily she was confident the case would be treated with the necessary "impartiality".

Meloni sued anti-mafia reporter Saviano for alleged defamation after he called her a "bastard" in a 2020 televised outburst over her attitude towards vulnerable migrants.

Meloni's Brothers of Italy party was in opposition at the time, but took office last month after a nationalist campaign that promised to stop migrants crossing the Mediterranean from North Africa.

Press freedom watchdogs and supporters of Saviano have called for the trial, which opened this month, to be scrapped.

"I don't understand the request to withdraw the complaint on the pretext that I am now prime minister," Meloni said.

"I believe that all this will be treated with impartiality, considering the separation of powers."

She added: "I am simply asking the court where the line is between the legitimate right to criticise, gratuitous insult and defamation."

Saviano, best known for his international mafia bestseller "Gomorrah", faces up to three years in prison if convicted.

The case dates back to December 2020 when Saviano was asked on a political TV chat show for a comment on the death of a six-month-old baby from Guinea in a shipwreck.

He blasted Meloni, who in 2019 said that charity vessels which rescue migrants "should be sunk".

Saviano is not the only journalist Meloni is taking to trial.

One of the country's best-known investigative reporters, Emiliano Fittipaldi, said last week the prime minister has sued him for defamation.

Watchdogs say such trials are symbolic of a culture in Italy in which public figures intimidate reporters with repeated lawsuits, threatening the erosion of a free press.