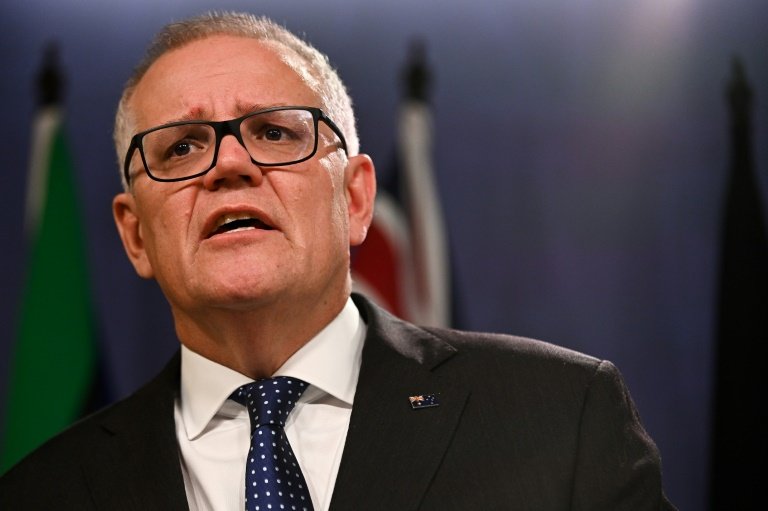 By a vote of 86 to 50, the parliament said that the former conservative leader's actions "eroded public trust in Australia's democracy" and made proper accountability impossible.

It is the first time in Australian history that a former prime minister has been formally censured by the House of Representatives.

Over two years, Morrison had himself sworn in as minister for finance, home affairs, treasury, resources, agriculture and environment -- without telling the public, parliament or existing ministers.

"He owes an apology to the Australian people for the undermining of democracy," said Prime Minister Anthony Albanese, whose centre-left party ousted Morrison in a May 2022 election.

Wednesday's vote fell largely along party lines, with political rivals seeking to frame the debate as beyond party politics, or motivated entirely by it.

Morrison was in the chamber for much of the debate and listened largely impassively as he was denounced.

When he rose to speak, it was to issue a strident defence of his actions, and to accuse the Labor government of partisanship, "political intimidation" and trying to "impose its retribution".

Morrison did express some misgivings about keeping his appointments secret and claimed he would have told the public if asked by journalists.

"I acknowledge that the non-disclosure of arrangements has caused unintentional offence and extend an apology to those who were offended," he said.

"I do not apologise for taking action, especially prudent redundancy action, in a national crisis in order to save lives and to save livelihoods."

Members of Morrison's party lined up to shake his hand as they left the chamber.

But there were isolated acts of dissent.

Morrison's party ally Bridget Archer described her former leader's actions as "an affront to our democratic Westminster system" and voted in support of the censure.

"This is not a game, there are things that sit above the cut and thrust of politics."

More than a dozen members did not vote.

A recent inquiry by a former high court judge found Morrison's actions had been "corrosive of trust in government" and recommended closing several loopholes that allowed the appointments to remain secret.

Morrison's actions were ultimately found to be legal, but his use of extraordinary ministerial powers to block a major gas project is being challenged in court.

Morrison has refused calls to resign from parliament.

Albanese has signalled that parliament will now try to change the law to make sure ministerial appointments have to be made public.