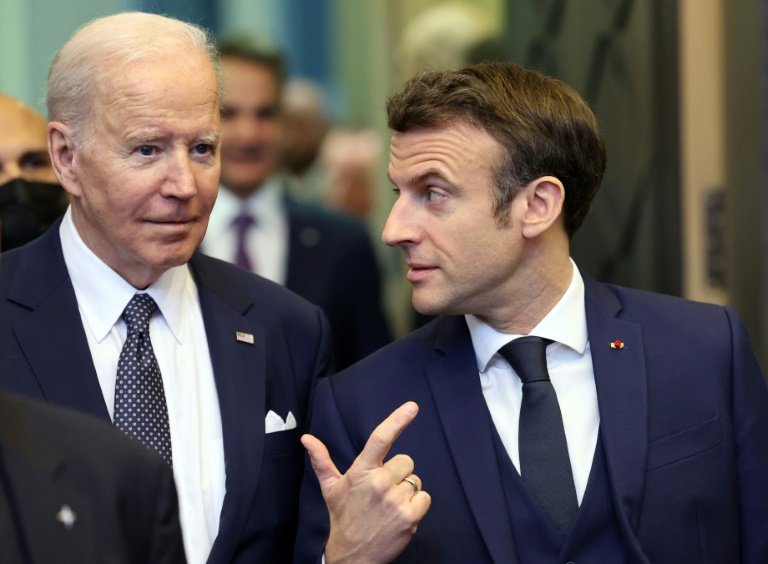 Due to Covid delays, this is the first formal state visit of Biden's presidency and US officials say the choice of France for the honor reflects both deep historical ties and their intense current partnership in confronting Russia over its war in Ukraine.

Macron touched down at Joint Base Andrews, the air force facility used by Biden outside Washington.

While in the capital, the French leader will be given a full ceremonial military welcome to the White House, an Oval Office sit down with Biden and a state banquet on Thursday, where Grammy-award winning American musician Jon Batiste will perform.

Compared to Macron's edgy first experience of a state visit as the guest of Donald Trump in 2018, this trip -- concluding with a stop Friday to the once-French city of New Orleans -- will be a carefully choreographed display of transatlantic friendship. 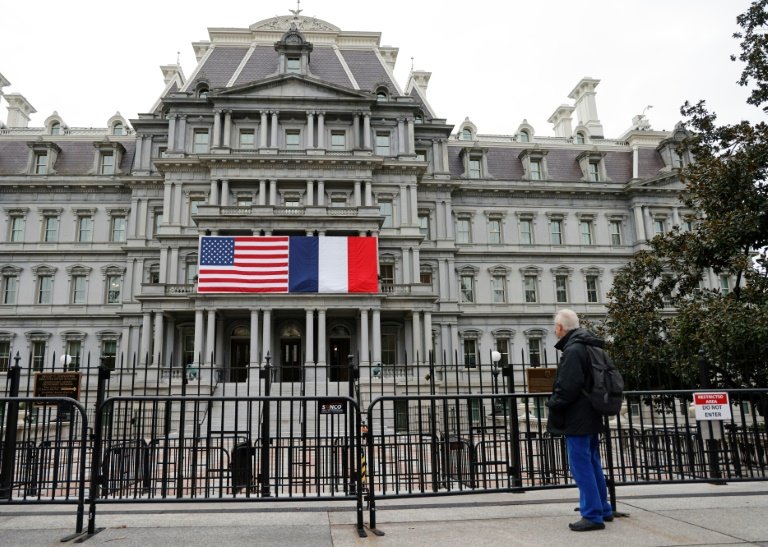 French and US flags adorn the Eisenhower Executive Office Building next to the White House for the state visit of French President Emmanuel Macron who arrives in Washington on November 29, 2022 / © AFP

Certainly the diplomatic furor that erupted last year when Australia canceled a deal for French submarines and instead signed up for US nuclear subs is now buried.

But even with little risk of Trump-style fireworks, Macron has major grievances to air.

Top of these is tension over Biden's signature green industry policy, the Inflation Reduction Act, or IRA, which will pump billions of dollars into climate-friendly technologies, with strong backing for American-made products. Similar effort is being put into microchip manufacturing.

Europeans fear an unfair US advantage in the sectors just as they are reeling from the economic consequences of the Ukraine war and Western attempts to end reliance on Russian energy supplies.

Talk in Europe is now increasingly on whether the bloc should respond with its own subsidies and championing of homegrown products, effectively starting a trade war. 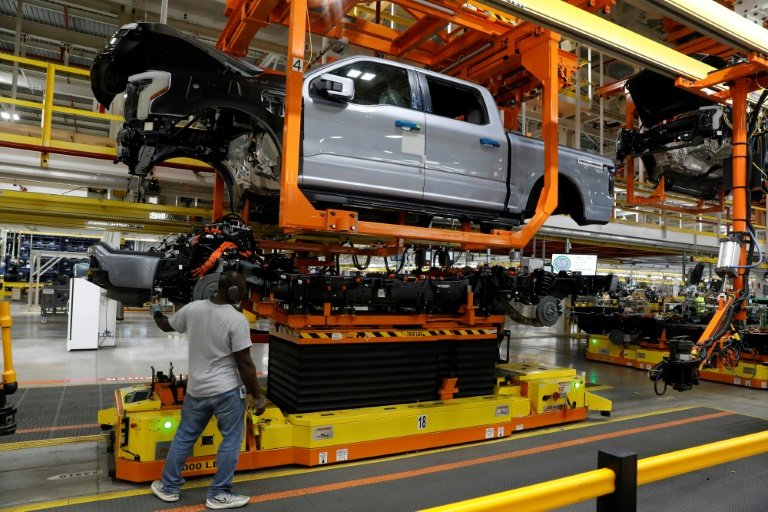 Biden was certainly in no mood to apologize, saying in a speech at a microchip factory in Michigan on Tuesday that the push for a revitalized US-based industrial base is "a game changer."

"Companies began moving jobs overseas rather than moving product overseas," he said. "We're not going to be held hostage anymore."

Another gripe in Europe is the high cost for US liquid natural gas exports -- surged to try and replace canceled Russian deliveries.

Responding to accusations that the United States is effectively profiteering from the Ukraine war, a senior US administration official said this was a "false claim."

The official also played down IRA-related tensions, saying a "very constructive set of conversations" is underway on how to prevent European companies from being shut out.

To underline the importance of the issue for Paris, Macron met with dozens of business executives ahead of his departure to Washington, urging them to keep investing in France. These included representatives from US giants Goldman Sachs and McDonald's.

The breadth of Macron's entourage -- including the foreign, defense and finance ministers, as well as business leaders and astronauts -- illustrates the importance Paris has put on the visit.

However, at the White House, a senior official said the main goal is to nurture the "personal relationship, the alliance relationship" with France -- and between Biden and Macron. 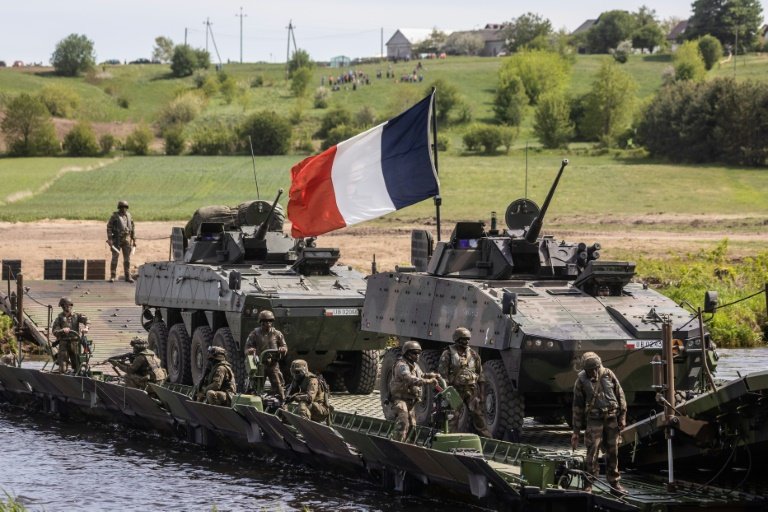 That more modest sounding goal will include improving coordination on helping Ukraine to repel Russia and the even more vexing question of how to manage the rise of the Chinese superpower.

"We are not allies on the same page," one adviser to Macron told AFP, forecasting "challenging" talks with Biden.

Despite his strong support for Kyiv, Macron's insistence on continuing to maintain dialogue with Russian President Vladimir Putin has irked American diplomats.

The China question -- with Washington pursuing a more hawkish tone and EU powers trying to find a middle ground -- is unlikely to see much progress.

"Europe has since 2018 its own, unique strategy for relations with China," tweeted French embassy spokesman Pascal Confavreux in Washington.

A senior US official said even if their approaches were "not identical," they should be at least "speaking from a common script."