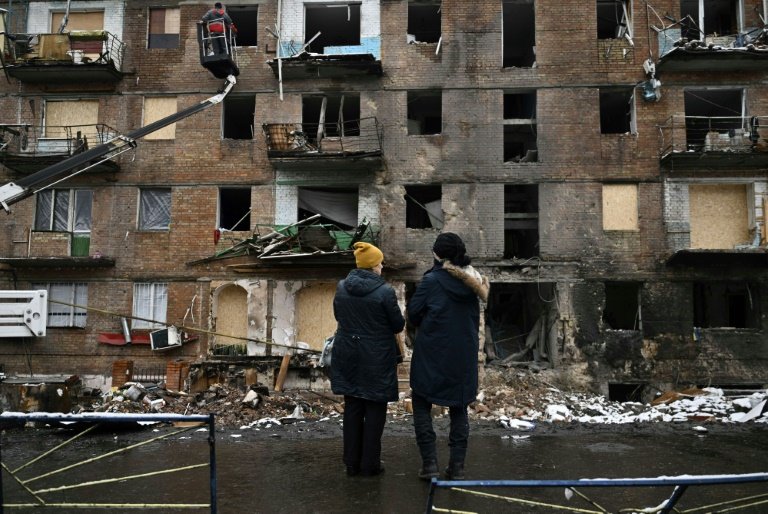 Residents in front of a residential building damaged following a missile attack in Vyshgorod, outside Kyiv / © AFP

Ukraine urged NATO members Tuesday to speed up weapons deliveries and help restore its shattered power grid, as Western allies vowed to bolster support to aid Kyiv through winter in the face of Russia's attacks.

Moscow has unleashed waves of strikes against Ukraine's energy infrastructure as its troops are pushed back on the ground, plunging millions of people into darkness.

"When we have transformers and generators, we can restore our system, our energy grid, and provide people with decent living conditions," Kuleba said.

"When we have air defence systems, we will be able to protect this infrastructure from the next Russian missile strikes."

"In a nutshell, Patriots and transformers is what Ukraine needs the most", he said, referring to the US-made Patriot missile defence system.

The appeal came as NATO chief Jens Stoltenberg accused Russian President Vladimir Putin of targeting infrastructure in a bid to use the winter as "a weapon of war" against Ukraine. 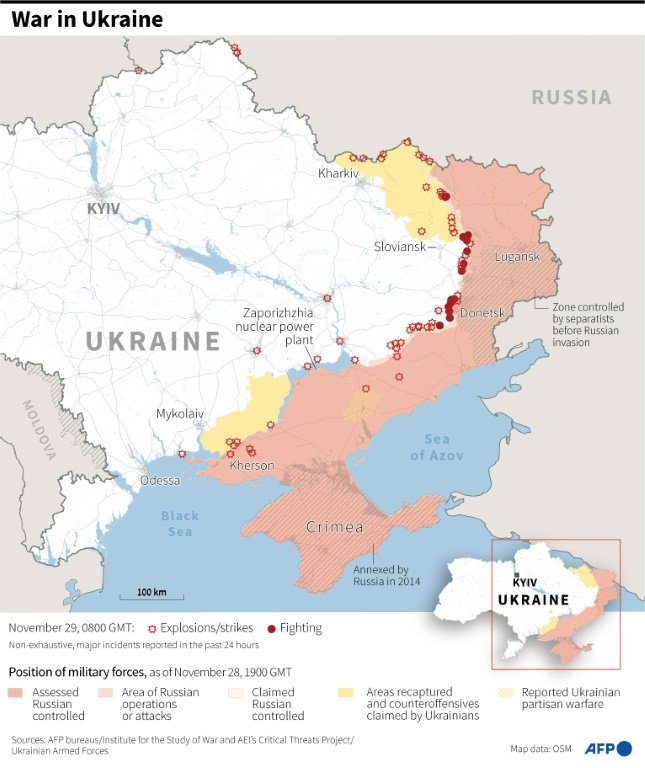 Stoltenberg said NATO allies had pledged more support for Ukraine to fix its infrastructure and would keep on sending arms and air defences to help it better protect itself.

He said there was an "ongoing discussion" on supplying the Patriot systems that Washington and others have so far refused to give to Kyiv.

"NATO is not a party to the war. But we will continue to support Ukraine. For as long as it takes, we will not back down," Stoltenberg said.

He said he expected Russia to carry out more attacks on Ukraine's grid as the Kremlin suffers defeats on the ground and warned Europe should "be prepared for more refugees".

US Secretary of State Antony Blinken has announced a package worth $53 million "to support acquisition of critical electricity grid equipment" by Kyiv.

A senior US official said the assistance would not be the last and pointed out that the Biden administration had budgeted $1.1 billion for energy spending in Ukraine and neighbouring Moldova.

Allies have given arms worth billions of dollars to Ukraine, but Kyiv is pleading for more air defence, tanks and longer-range missiles to push the Kremlin's forces back. 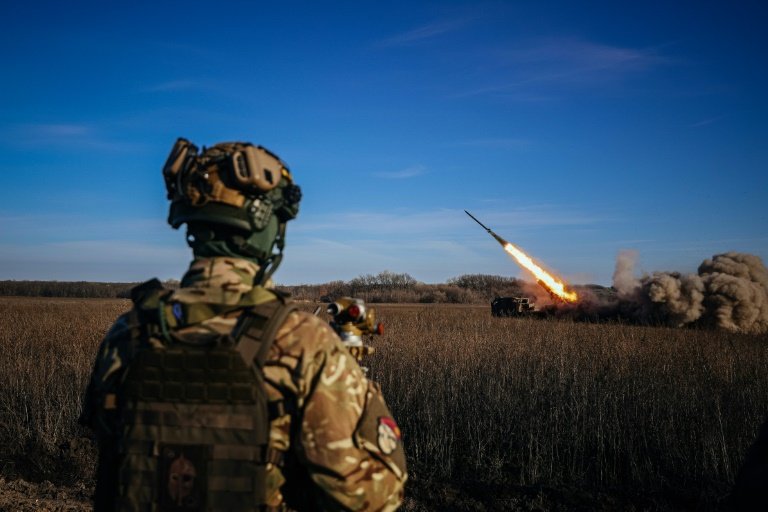 Allies have given arms worth billions of dollars to Ukraine / © AFP

But there are growing concerns that weapon stores in some NATO countries are running low as stockpiles have been diverted to Ukraine.

Germany, which currently chairs the G7, convened a meeting on the sidelines of the NATO gathering to discuss the energy crisis caused by the war in Ukraine.

Germany's foreign minister Annalena Baerbock said the participants had looked to "better understand and prioritise the most urgent needs" ahead of an international conference in Paris on December 13.

Zelensky said they had discussed cooperation, both bilateral and in international institutions.

"The priorities are clear -- protection against missile terror, energy restoration, food security," Zelensky said in his daily video address late Tuesday, noting that "the situation at the front is difficult".

"Despite extremely big Russian losses, the occupiers are still trying to advance in the Donetsk region, gain a foothold in the Luhansk region, move in the Kharkiv region, they are planning something in the south," he said.

"But we are holding out."

NATO said the meeting in Bucharest has showcased its unity on continuing to support Ukraine as Moscow's war against its neighbour drags into its 10th month.

The alliance did not, however, make any progress on Ukraine's request to join, despite reiterating it remained committed to its pledge made some 14 years ago that Kyiv would one day become a member.

Stoltenberg insisted the "door is open" to new members but said the focus now was on assisting Ukraine in its fight with Moscow.

Oleksiy Arestovych, an aide to the Ukrainian president, said "several concrete and important announcements were made" at the summit.

"Ukraine can become a member of the alliance after the end of hostilities" and "support to Ukraine will be expanded in terms of energy and military," he noted in a statement.

Besides the war in Ukraine, the ministers will take stock of progress in the accession of NATO candidates Finland and Sweden, already ratified by 28 of the 30 member countries but which remains suspended awaiting a green light from Hungary and Turkey.

The Finnish, Swedish and Turkish foreign ministers met on the sidelines of the meeting, but Ankara did not signal that there had been any progress.