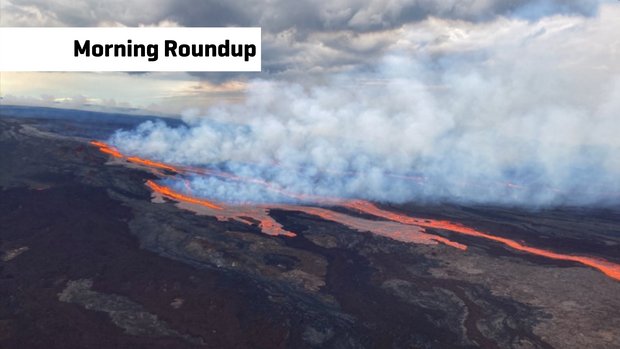 BENELUX SUMMIT - Prime Minister Xavier Bettel has said that the Benelux countries have come out of the pandemic stronger, safer, greener and more competitive. He spoke after a summit that took place in Luxembourg yesterday, where he met the Prime Ministers of Netherlands and Belgium. Bettel said that Covid showed how important it was to have neighbours, working together in solidarity. They also discussed the Russian invasion of Ukraine, as well as the energy crisis.

UKRAINE MEETINGS - There are a two meetings on Ukraine taking place today. NATO foreign ministers start a two-day meeting in Bucharest today to discuss a joint strategy in the Ukraine conflict. Luxembourg’s foreign minister Jean Asselborn will take part. Also, G7 justice ministers are meeting in Berlin today, to discuss how to best track down and bring war criminals to justice in the Ukraine war. In the run-up to the meeting, Ukraine has demanded that Russia pays for the material damage of the war – estimated at 150 billion dollars. The G7 includes Germany, France, Great Britain, Italy, Japan, Canada and the United States.

TRIAL SHOOTING - A self-declared white supremacist has pleaded guilty to shooting dead 10 black people during a racist, live-streamed, rampage at a supermarket in the US state of New York earlier this year. The 19-year-old Payton Gendron will spend the rest of his life in prison after admitting one state charge of domestic terrorism motivated by hate over the massacre in Buffalo in May. Gendron had planned the attack for months, driving over 300 kilometres with the intention of killing as many black people as possible.

BELGIUM TRIAL - After six and a half years, Brussels will host its biggest ever criminal trial, starting tomorrow. Jury selection begins ahead of hearings into the charges against the nine alleged jihadists, accused of taking part in the March 2016 suicide bombings. The case will be heard in the former headquarters of the NATO military alliance, temporarily converted into a huge high-security court complex. Hundreds of witnesses and victims will testify in the months to come.

VOLCANO ERUPTION - Hawaii's Mauna Loa, the largest active volcano in the world, has erupted for the first time in nearly 40 years. Flows of lava remained "contained" within the summit caldera of Mauna Loa for now, but the eruption could pose a threat to nearby residents should conditions change.

WORLD CUP - Portugal has qualified for the knock-out stage, after a 2-0 win against Uruguay last night. Five-time champions Brazil have also joined France in the next round. Matches today are:  Netherlands - Qatar, Ecuador-Senegal, Wales-England, and Iran takes on the United States in a politically charged winner-takes-all clash.

OLYMPICS 2024 - Sports fans around the world can take their first steps to acquiring tickets for the 2024 Paris Olympics by entering a draw this week. Those wishing to enter the draw have from this Thursday until January 31.  Apart from the opening ceremony and the surfing -- which is being held in Tahiti – applicants can select three sessions of any sport,  and apply for up to six tickets per session.The cheapest package for three tickets will be 72 euros with the most expensive priced at 1,150 euros.

Today starts off chilly, beneath a thick layer of clouds, and pretty much sets the tone for the rest of the day. Some areas may experience foggy conditions in the early hours. Overall today will largely be overcast and grey, but with no rain. Morning temperatures will start off at 3-5°C, staying at 7-9°C in the afternoon.