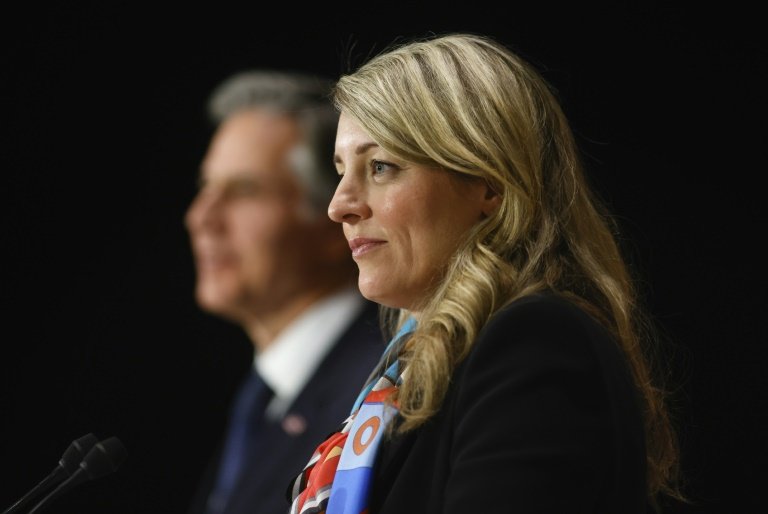 Canada's foreign minister on Monday ordered her officials to summon Russia's ambassador in Ottawa, Oleg Stepanov, over a series of "hateful" anti-LGBTQ tweets including one aimed at an openly lesbian federal minister.

The embassy posted the messages on Twitter in recent days after Russian lawmakers approved a bill banning all forms of LGBTQ "propaganda" that critics say ramps up a crackdown on "non-traditional" sexual relationships, affecting everything from books and films to social media posts.

"This is an attack on the Canadian values of acceptance and tolerance. Minister Joly has directed Global Affairs Canada to summon the Russian ambassador to tell him as much," she said.

The Russian tweets included a photo illustration of a pride flag overlaid with a red line inside a red circle, indicating it was banned, alongside remarks: "It is all about family. Family is a man and a woman and children."

The embassy also hit back at Canadian Sports Minister Pascale St-Onge, who is openly lesbian, after she objected to the "Russian homophobic propaganda," asking her to "explore and explain how you appeared in this world?"

"We absolutely can't tolerate this rhetoric and even less the subsequent comments on Minister St-Onge's response," Williams said.

In an email to AFP, St-Onge said she was "profoundly offended by the Russian ambassador's message against homosexuals while on Canadian soil," calling it "an affront to the hard-earned rights of the whole LGBTQ2S+ community."

She had written to the embassy to say: "Russian homophobic propaganda is not welcome here" and that "the treatment of LGBTQ2+ people in Russia is a disgrace and an attack on basic human rights."

Russia has sought to present LGBTQ relationships as a product of dangerous Western influence, toughening its rhetoric as Moscow presses its military campaign in Ukraine.

Its embassy's tweets also followed a deadly shooting at a Colorado LGBTQ club, and controversy over the rainbow logo at the World Cup in Qatar, where homosexuality is illegal.