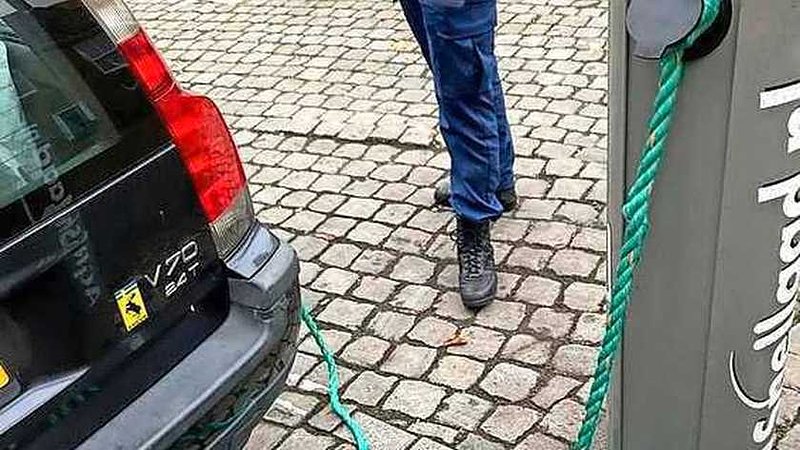 A creative motorist parked his Volvo near an electric charging pole, but to camouflage the fact that the car is not electric, he hung a piece of string between his tank lid and the pole.

This funny incident happened in Middelburg, the Netherlands where the driver thought he could outsmart parking attendants. Supervisors had a hearty laugh about it on social media, but did mercilessly fine the driver.

According to parking regulations, you can only park at a charging station if you actually use it to charge your car. So a non-electric car can never legally park there, but said driver thought he had found a solution. A green cord between his tank lid and the charging station was supposed to fool the regulators.

They however did not buy it. A fine of 109 euros was the harsh verdict. The parking attendants handed out the fine, but their post on Instagram showed that they could also see the humour in it. "Putting a piece of string in your tank lid is a bad charge after all," the caption to a photo of the car read.