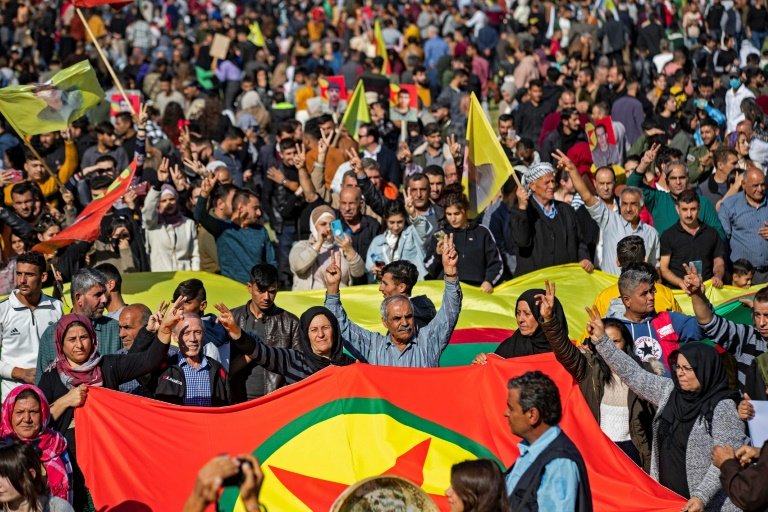 Syrian Kurds protest against Turkey and in solidarity with the Kurdistan Workers' Party (PKK), in the Kurdish-held city of Qamishli, on November 13, 2022 / © AFP/File

Syria's Kurds, bracing for a Turkish land offensive against their autonomous northern region, face an additional threat: being squeezed by warming ties between their foe Ankara and the Assad regime.

The Kurds -- an ethnic minority who live in mountainous regions across Turkey, Syria, Iraq and Iran -- have long fought for their own homeland, and Turkey brands their separatist groups "terrorists".

Turkish President Recep Tayyip Erdogan has blamed Kurdish armed groups for a deadly bomb attack in Istanbul this month, an accusation they have strongly rejected. 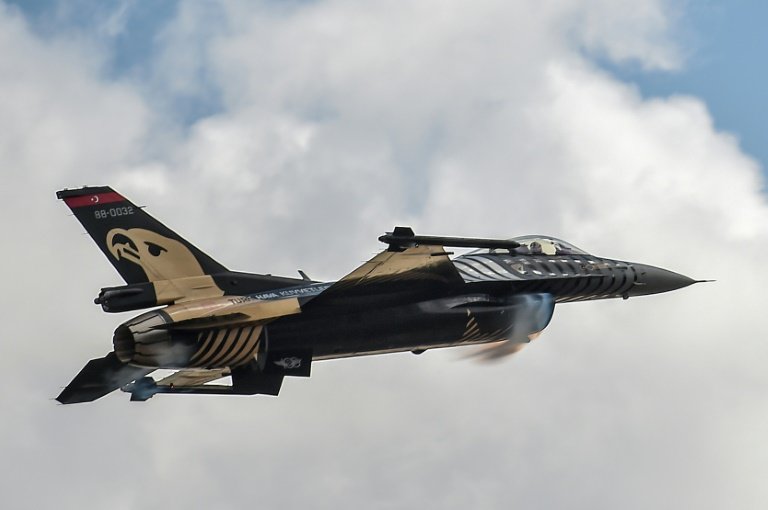 A file photo of a Turkish Air Force F-16. Ankara launched air strikes on Kurdish armed groups in parts of Iraq and Syria following a bombing in Istanbul on November 13 / © AFP/File

In recent days, Turkey has launched air strikes on hundreds of Kurdish targets in Iraq and Syria and threatened a new ground operation into northern Syria, run by a Kurdish-led autonomous administration.

The region's Kurdish-led Syrian Democratic Forces (SDF), backed by US troops, spearheaded the fight against the Islamic State group in recent years.

Since Syria's civil war broke out in 2011, relations have sharply deteriorated between Erdogan and Syria's Bashar al-Assad, whose forces have since regained vast territories with backing from Russia. 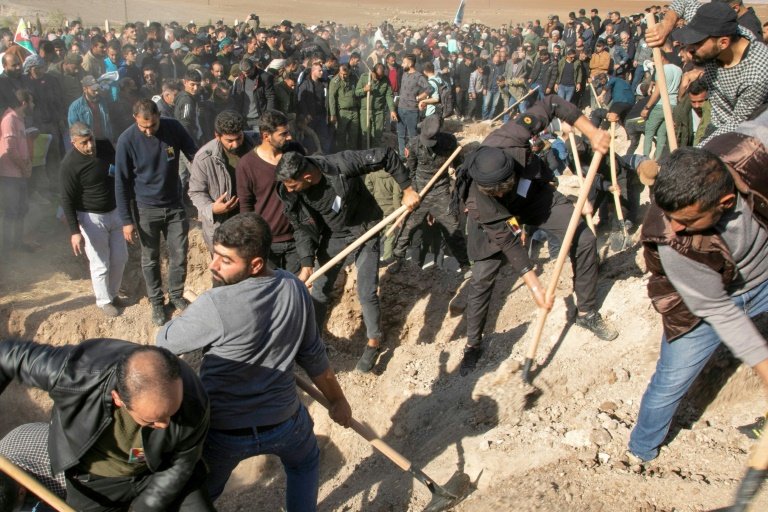 But now there are signs of a Russia-brokered rapprochement between the Turkish and Syrian leaders, with Erdogan saying on Wednesday that he considered a meeting with Assad "possible".

Here is a look back at a decade of tensions and what a thaw would mean for the Syrian Kurds.

- How did Turkey-Syria relations fray? - 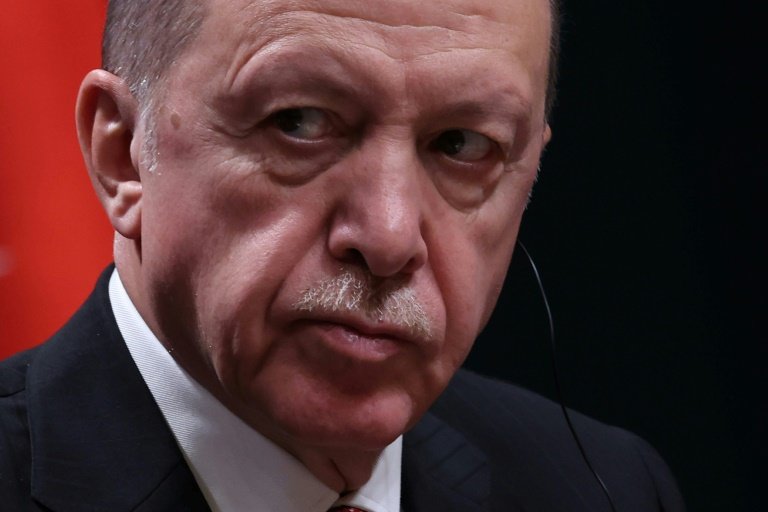 Before 2011, Ankara and Damascus were political and economic partners, and Erdogan and Assad cultivated a personal friendship.

But at the start of Syria's popular uprising, Turkey advised its ally to initiate political reforms, then urged Assad to "resign to prevent bloodshed".

In March 2012, Turkey closed its embassy in Damascus and Erdogan started branding Assad a "murderer" and a "terrorist".

Ankara started to welcome Syrian political opposition groups and to support the rebels. 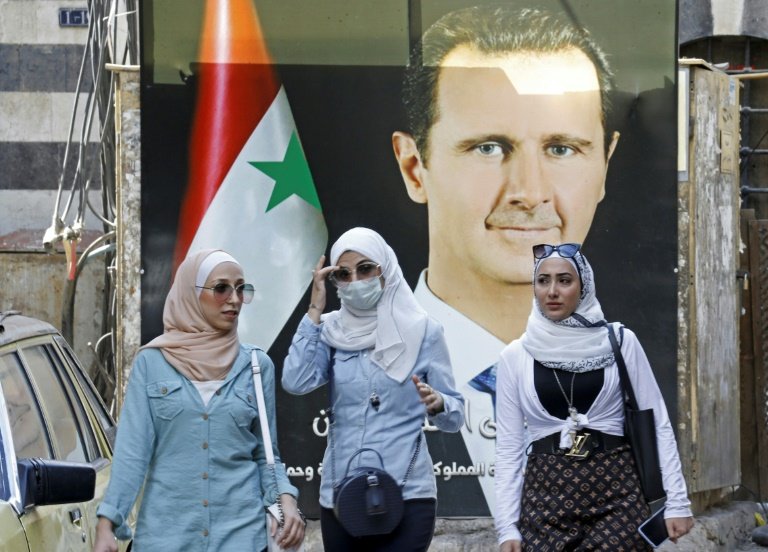 Syrians walk in front of a poster of President Bashar al-Assad near the Grand Umayyad Mosque in Damascus on September 23, 2021 / © AFP/File

Since 2016, Turkey has launched three offensives into Syria against Kurdish forces and it now controls a border strip inside Syria, citing its own national security needs.

Turkish and Syrian forces clashed in early 2020 when pro-Assad fighters were advancing toward the rebel-held Idlib province, before Russia intervened to calm the situation.

- How do Syrian Kurds get on with Assad? -

Before the war, Syria's Kurds faced discrimination and were barred, for example, from Kurdish language schooling. 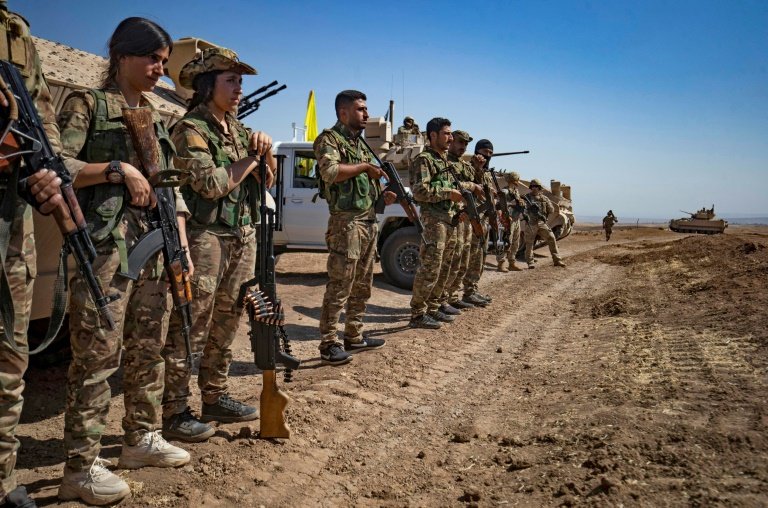 Syrian Democratic Forces fighters at a joint exercise with the US-led coalition against the Islamic State group in northeastern Hasakah province on September 7, 2022 / © AFP/File

For the past decade, as Syrian regime troops vacated the north and northeast, Kurds were able to establish limited self-rule.

The Kurds have avoided open hostilities with the Assad regime, except for some skirmishes, and maintained good ties with both US and Russian forces.

Several rounds of talks have brought few results but, after Russian mediation, the Syrian army was able to deploy limited forces in Kurdish-run areas against the Turkish advance. 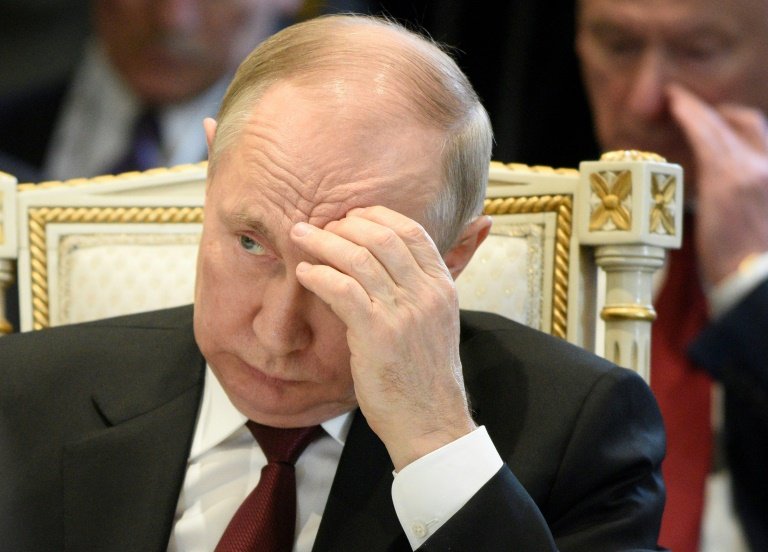 Turkey has softened its position toward the Syrian regime in recent months, nudged by Russia.

Turkey's foreign minister in August called for reconciliation between Assad and rebel groups, and Turkey's intelligence chief has visited Damascus.

Erdogan said on Wednesday he considers direct talks with Assad "possible", saying that "there is no place for resentment in politics".

Analysts say Russia, as it fights its war in Ukraine, is pushing for the rapprochement between the two neighbours, which both consider Kurdish fighters a common threat. 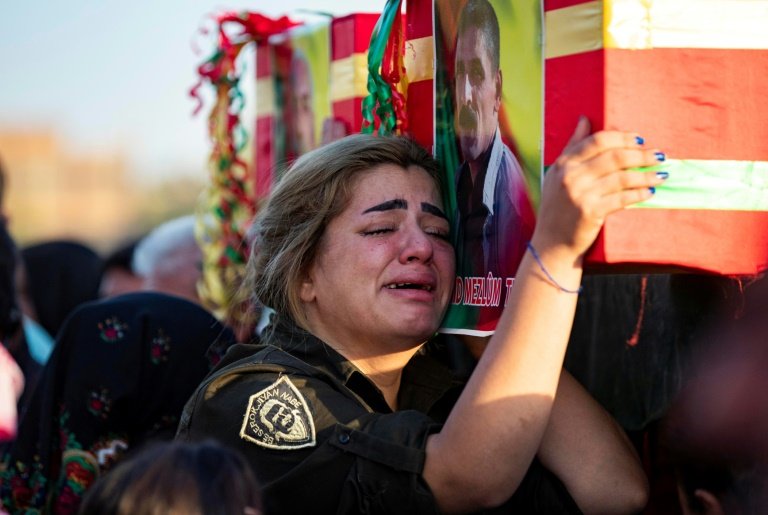 A mourner in the funeral procession of two civilians, sympathisers of the Syrian Democratic Forces (SDF), killed in a Turkish drone attack in Syria's northeastern Kurdish-majority city of Qamishli, on October 29, 2022 / © AFP/File

When the recent Turkish strikes killed around 20 Syrian military personnel, the response from Damascus was muted. Its deputy foreign minister Ayman Soussan merely denounced "the pretexts invoked by the Turkish occupation to justify its policy in Syria".

The SDF commander-in-chief Mazloum Abdi told AFP this week that he felt "Damascus' position is weaker than during previous Turkish offensives" and also claimed there had been "contacts between the two parties".

- How would a thaw impact Syrian Kurds?

Abdi charged that Turkey's aim is to reach an "agreement" with the Assad regime "to eradicate the experience" of Kurdish self-rule. 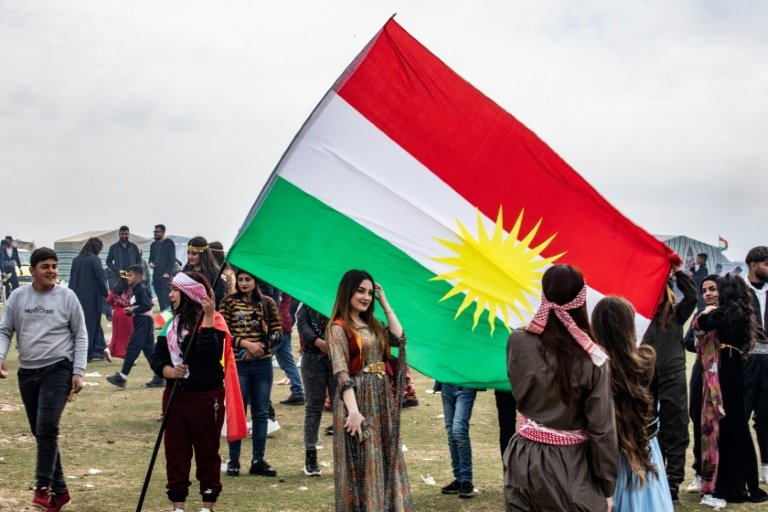 Syrian Kurds celebrate their Nowruz New Year on March 21, 2022 in Qahtaniyah in the northeastern Hasakah province close to the border with Turkey / © AFP/File

Erdogan, who faces an election next year, would also like to start sending back millions of Syrian refugees, observers say.

For Erdogan and Assad "to be on speaking terms... means they can make deals," said analyst Aron Lund of think tank Century International.

"They have common enemies and rivals, such as the SDF. They can swap assets, for example by helping each other kill or silence enemies located on the territory of the other, or arrange for mutual extraditions."

Lund stressed that "for the SDF, any serious Ankara-Damascus reconciliation would be a disaster.

"It removes their primary protection against Ankara -- which is Damascus, backstopped by Russia -- and it allows Erdogan and Assad to move in concert to resolve their Kurdish 'problems'."