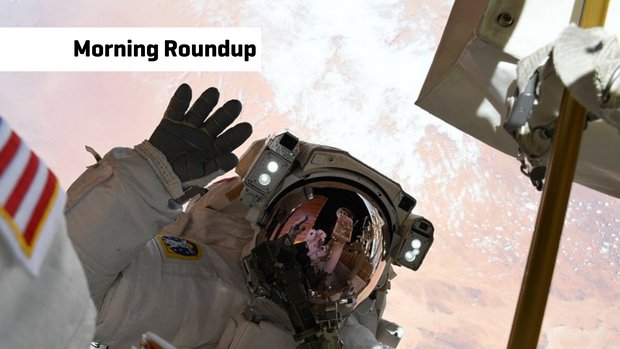 SHOOTING VERDICT - The ex-police officer who shot a motorist in Bonnevoie in 2018 was sentenced to five years in prison, three of which were suspended. He will also pay €21,000 to the victim's widow as compensation. The reason why the verdict ended up being relatively lenient despite the charge of manslaughter is because the court retained the fact that the fugitive driver had provoked the police officer as a mitigating factor. On the other hand, the court rejected the argument that the former officer acted in self-defense.

TRIPARTITE LAWS - In the Chamber yesterday, further measures from the tripartite agreement received a legal basis. Among other things, the law for the price cap on natural gas was passed as well as 150 million euros in aid for companies, which are suffering from the rise in energy prices. Tripartite measures were also a subject of the second part of the Politmonitor survey. The majority of respondents support tax cuts, but also tax increases for energy producers, high-income individuals, as well as vacant land and housing.

LUXEMBOURGISH-BELGIAN ASTRONAUT - Luxembourg has its first astronaut. Raphaël Liégeois was nominated by the European Space Agency ESA as one of 6 new astronauts. The 34-year-old researcher has Luxembourgish as well as Belgian nationality. Liégeois grew up in Differdange but will fly under the Belgian flag as an astronaut. The selection was announced at a ceremony in Paris yesterday, attended by Luxembourg’s Minister for Economy Franz Fayot. Luxembourg has also pledged to contribute 127 million euros to the new 3-year budget of the ESA.

UKRAINE UN - Ukrainian President Volodymyr Zelensky has condemned Russian attacks on Ukraine's power grid as a "crime against humanity" at an emergency meeting of the UN Security Council. In a video-link address, he said that the Russian "formula of terror" had forced "millions of people to stay without energy supplies, without heating, without water" in sub-zero cold. Ukraine says the strikes have killed at least seven people. Nuclear power plants have gone off-line.

Neighboring Moldova is also warning of a humanitarian crisis across Europe because of Russian missile strikes on Ukraine’s energy infrastructure. There were widespread blackouts across Moldova yesterday, as much of the country’s Soviet-era energy system is supplied through Ukraine

QUAKE RESCUE - A six-year-old boy has been pulled from the rubble of a deadly Indonesia earthquake after spending two days trapped under debris without food or water, in a "miracle" rescue. The dramatic rescue captured on camera has revived hopes that survivors could still be pulled alive from the wreckage, days after the strong tremor that hit Western Java on Monday, killing at least 271 people.

CHINA COVID - China has ordered six million people into lockdown in a city where violent protests broke out at an iPhone factory over Covid isolation policies and working conditions. Hundreds of workers have taken to the streets around the vast iPhone factory in Zhengzhou, confronting hazmat-clad personnel wielding batons in a rare display of public anger in China.In the wake of the unrest, Zhengzhou authorities ordered mass testing and an effective lockdown for several districts in the central Chinese city starting Friday.

WORLD CUP GERMANY - Germany's World Cup team made a statement by covering their mouths when they lined up for a team photo before losing to Japan.  The players were indicating they had been gagged because FIFA threatened disciplinary action if they and other European teams wore "OneLove" rainbow armbands in Qatar.

The morning should start off rainy with heavy cloud cover but come afternoon, the clouds will likely still be around but allow in some sun. Morning temperatures will start off at 5-8 °C, jumping up slightly to 8-11 °C in the afternoon.