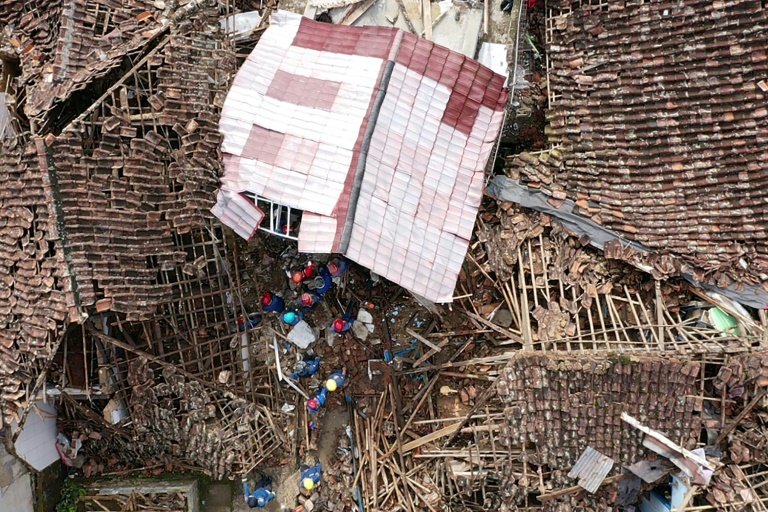 Indonesian authorities deployed heavy machinery, helicopters and thousands of personnel Thursday in a desperate effort to locate dozens trapped in rubble by an earthquake that killed 272 people, as hopes of finding survivors faded.

Some have been pulled alive from the hulk of twisted metal and concrete in dramatic rescues in the town of Cianjur in West Java, including a six-year-old boy who spent two days under the wreckage without food or water.

Officials said 39 people were still missing and believed trapped, including a seven-year-old girl, as rescue efforts were delayed by hammering rains and aftershocks.

But the rescue of the young boy Azka alive, captured on video, gave relatives and rescuers some hope.

"Once we realised Azka was alive everybody broke into tears, including me," 28-year-old local volunteer Jeksen Kolibu told AFP on Thursday.

"It was very moving, it felt like a miracle."

In the worst-hit district of Cugenang, scores of rescue workers drilled on Thursday through big slabs of concrete and removed roof tiles at a destroyed house where they believed a young girl was buried. Her distraught mother watched on as they worked.

Other rescuers used digging tools, hammers and their bare hands to clear the debris in the delicate mission to find seven-year-old Cika. 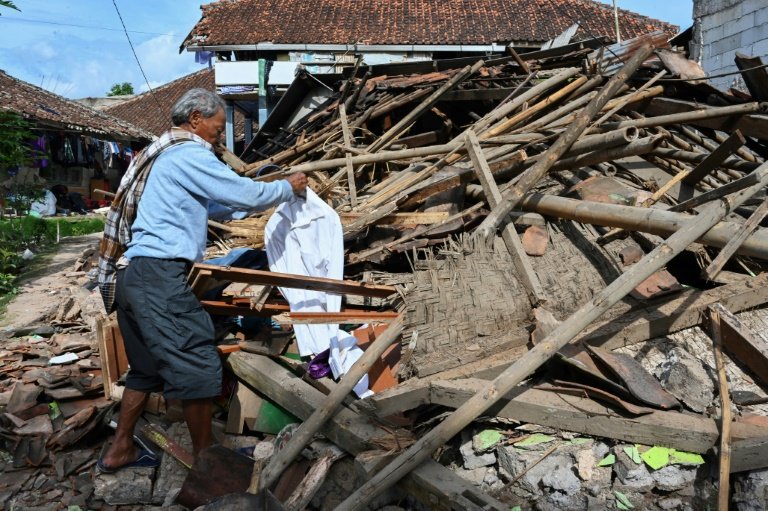 "She was playing outside, I was cooking in the kitchen, suddenly the earthquake happened, so fast, only two seconds, my house collapsed," her mother Imas Masfahitah, 34, told AFP at the scene.

"My instinct tells me she is here because she liked playing here," she said, referring to the house of the girl's grandmother where the search is focused.

"Whatever happens I will try to accept it."

Authorities later suspended the search for Cika for the evening, saying they would resume the rescue effort on Friday.

"We still hope that there are survivors. The proof is that Azka survived yesterday," Suharyanto, the head of the national disaster mitigation agency (BNPB), who like many Indonesians goes by one name, told a news conference Thursday.

The death toll from Monday's earthquake was expected to rise further with around 2,000 people wounded, some of them critically, and at least two villages still cut off.

It rose by one on Thursday after the body of a 64-year-old was found, Suharyanto said.

Thousands of emergency workers were using excavators to break through blocked roads to get to the villages and deploying helicopters to drop vital aid to people still trapped there.

But the BNPB chief said it was too dangerous to use heavy machinery digging for victims because of fears of collapsing structures or more landslides. 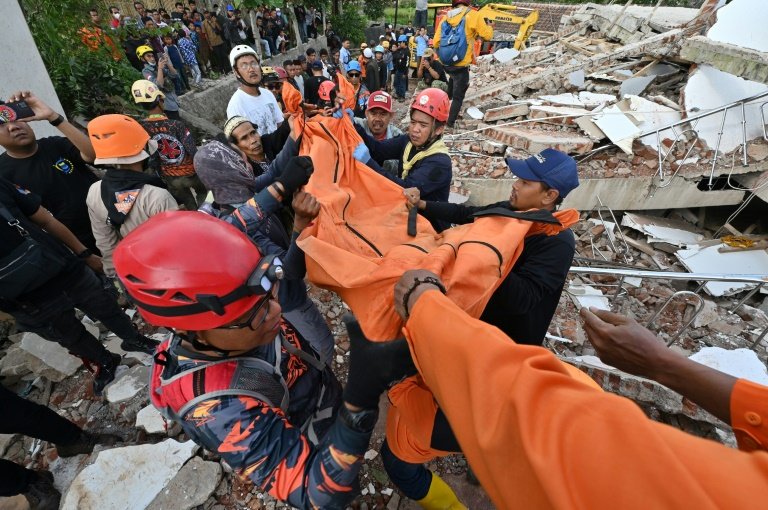 Rescue workers carry the body of a victim in Cianjur / © AFP

The rescue operation is expected to continue beyond the 72-hour window viewed as the best period to find victims alive.

"Hopefully, in one or two days, after the weather is good, (we can) deploy heavy equipment (and) more victims are found," Suharyanto said.

"This afternoon, we will concentrate on this spot," he told reporters. Widodo said only 24 patients remained at the town's Sayang hospital, down from 741.

Residents of the district said they had never experienced anything like it before.

"I don't know why the impact in Cugenang is especially bad. It's probably fate, God has decided," Adek, 52, told AFP.

More than 56,000 houses were damaged and more than 62,000 people were forced to evacuate to shelters, leaving many homeless in the town without adequate supplies. 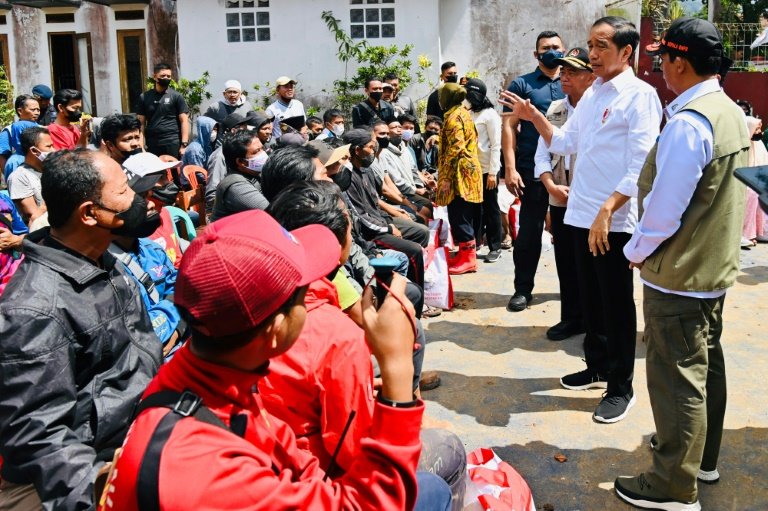 Some have put up signs asking for help, while others held cardboard boxes to beg for donations after losing everything.

Widodo said the hilly terrain made it challenging to get aid to those most in need.

Indonesia experiences frequent seismic and volcanic activity due to its position on the Pacific "Ring of Fire", where tectonic plates collide.

Monday's tremor was the deadliest in the archipelago nation since a 2018 quake and resulting tsunami killed more than 4,000 people on the island of Sulawesi.

But for a few women there was joy on the sidelines of the disaster. 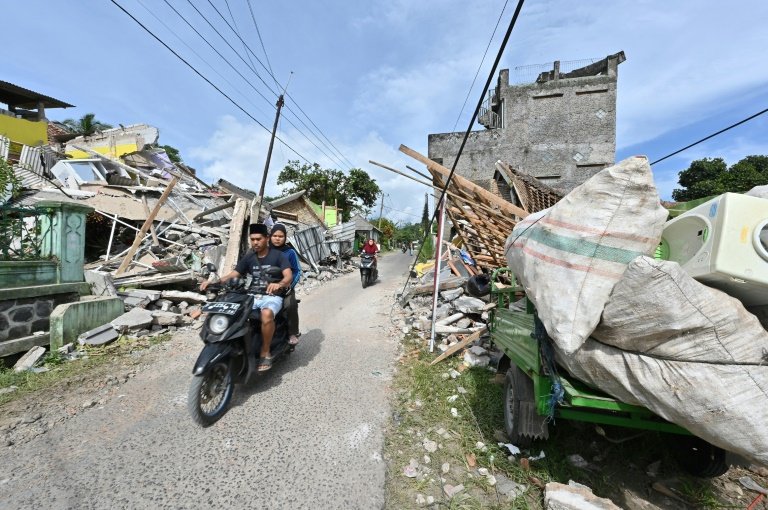 At least three babies were born in the same evacuation tent a day after the disaster, according to West Java governor Ridwan Kamil.

He posted a video Wednesday of his visit to the tent where he named one of the children Gempita, inspired by the Indonesian word for earthquake.

As he uttered her new name, smiling friends and relatives of mother Dewi shouted in jubilation: "Thank God!"