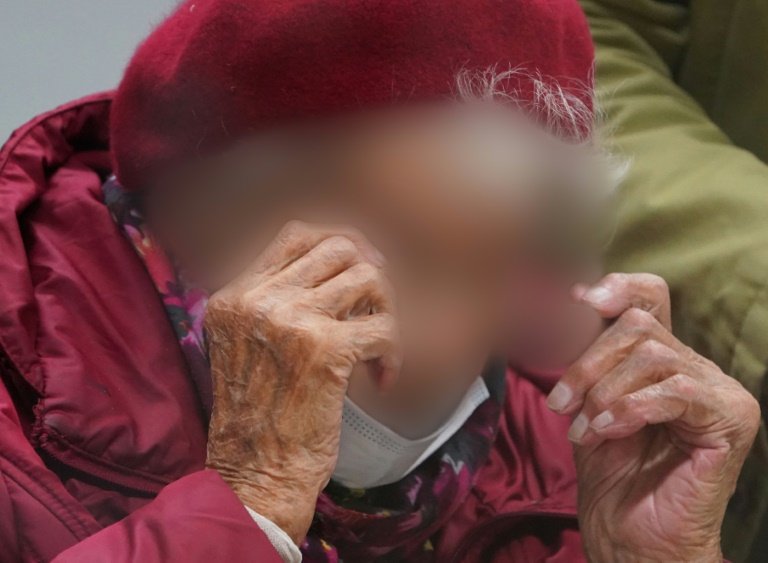 The first woman to be prosecuted for Nazi-era crimes in decades, Irmgard Furchner is charged with complicity in the murder of more than 10,000 people / © POOL/AFP

German prosecutors on Tuesday demanded a suspended sentence for a 97-year-old former Nazi concentration camp secretary in what they described as one of the country's last trials over the Holocaust.

Public prosecutor Maxi Wantzen told a court in the northern town of Itzehoe that Irmgard Furchner was guilty of complicity in the "cruel and malicious murder" of more than 10,000 people at the Stutthof camp in occupied Poland.

She asked the judges to hand down a two-year suspended sentence, the longest possible without jail time.

"This trial is of outstanding historical importance," Wantzen said, adding that it was "potentially, due to the passage of time, the last of its kind".

The first woman to be tried in Germany for Nazi-era crimes in decades, Furchner sat impassively in a wheelchair in the courtroom, wearing a red beret and jacket.

She had tried to abscond as the trial was set to begin in September 2021, fleeing the retirement home where she lives and heading to a metro station.

Furchner managed to evade police for several hours before being apprehended in the nearby city of Hamburg and held in custody for five days.

The defendant was a teenager when her alleged crimes were committed and is hence being tried in juvenile court.

Lawyer Wolf Molkentin told AFP the sentencing request was "no surprise" and said his client did not plan to speak to the court before the verdict is announced.

The pensioner has declined to testify since her trial began last October, but several Stutthof camp survivors have offered wrenching accounts of their suffering.

Wantzen thanked the witnesses, many of whom are also serving as co-plaintiffs, saying they had told of the "absolute hell" of the camp.

"They feel it is their duty, even though they had to summon the pain again and again to fulfil it," she said.

Between June 1943 and April 1945, Furchner worked in the office of camp commander Paul Werner Hoppe. According to the case against her, she took dictation of the SS officer's orders and handled his correspondence. 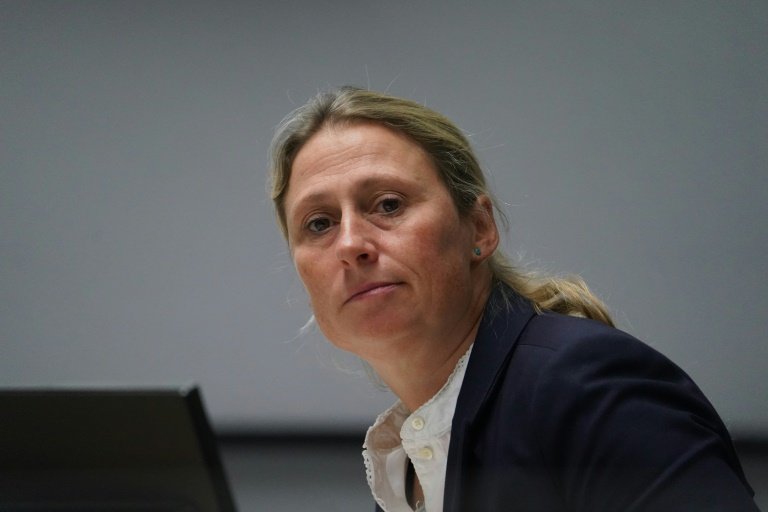 Public prosecutor Maxi Wantzen thanked the witnesses, many of whom are also serving as co-plaintiffs, saying they had told of the "absolute hell" of the camp / © POOL/AFP

An estimated 65,000 people died at the camp near today's Gdansk, including "Jewish prisoners, Polish partisans and Soviet Russian prisoners of war", Wantzen said in the indictment read out at the start of proceedings.

Wantzen told the judges the defendant's clerical work "assured the smooth running of the camp" and gave her "knowledge of all occurrences and events at Stutthof".

Moreover, "life-threatening conditions" such as food and water shortages and the spread of deadly diseases including typhus were intentionally maintained and immediately apparent, she said.

Although the camp's abysmal conditions and hard labour claimed the most lives, the Nazis also operated gas chambers and execution-by-shooting facilities to exterminate hundreds of people deemed unfit for labour.

Wantzen said that despite the defendant's advanced age, it was "still important today to hold such a trial", and to complete the historical record as survivors die off.

Seventy-seven years after the end of World War II, time is running out to bring to justice criminals linked to the Holocaust.

In recent years, several cases have been abandoned as the accused died or were physically unable to stand trial.

The 2011 conviction of former guard John Demjanjuk, on the basis that he served as part of Hitler's killing machine, set a legal precedent and paved the way for several trials.

Since then, courts have handed down several guilty verdicts on those grounds rather than for murders or atrocities directly linked to the individual accused.

In June, a court in the eastern city of Brandenburg an der Havel sentenced a 101-year-old former Nazi concentration camp guard, the oldest person so far to go on trial for complicity in war crimes.

Josef Schuetz was found guilty of being an accessory to murder in at least 3,500 cases while working as a prison guard at the Sachsenhausen camp in Oranienburg, north of Berlin, between 1942 and 1945.

He was sentenced to five years in prison.