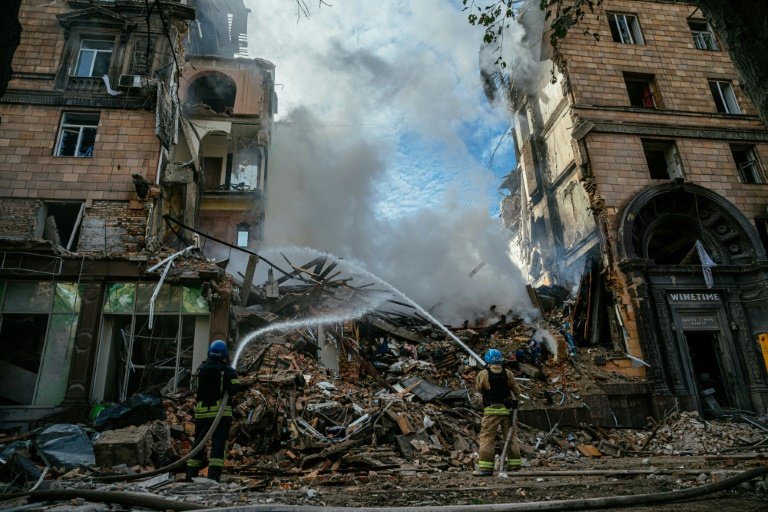 Zaporizhzhia region is one of four territories in Ukraine -- along with Lugansk, Donetsk and Kherson -- that Russia says it has annexed / © AFP

From the ruins of a five-story building on the main street of Zaporizhzhia, a manicured hand with bright red fingernails protrudes from the rubble.

On Thursday, seven Russian missiles struck the industrial city just 40 kilometres (25 miles) from the artillery battles of the southern front.

AFP journalists on the scene saw rescue workers in helmets clearing mounds of rubble with their hands, searching for people trapped beneath the debris.

The female victim, carefully removed from the rubble by the rescuers, must have been in bed when the building was destroyed.

But with eyes open, she was no longer sleeping, nor alive.

An hour later, another body was found after rescuers cleared tons of rubble, as firefighters worked to extinguish a blaze from a collapsed section of a building with pieces of jagged metal protruding.

After hours spent in the fire however it was impossible to determine the identity or age of the body.

Its four limbs torn off, the body was quickly placed in a black body bag before removal from the scene. 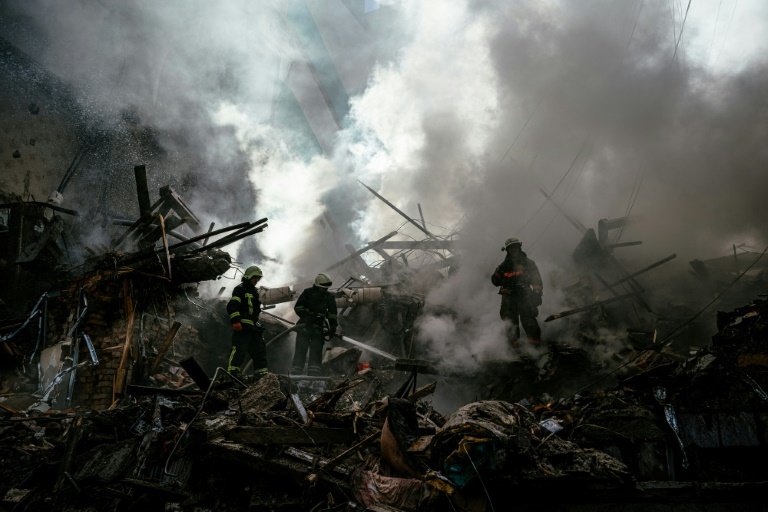 Officially, three people were killed and at least 12 were injured on Thursday morning in Zaporizhzhia.

According to one rescuer, the death toll is expected to rise to "six to 10".

A third body was found on another site, according to the same rescuer, who refused to give her name to AFP.

The head of the Zaporizhzhia Red Cross, Oksana Beketova, told AFP of another body also found at a car-wash centre, and of a woman killed in her house.

"We are continuously asking people to evacuate. (But) two bus stops from here, there are still people walking in a park," said Beketova, adding that she hopes that "people seize their chance to save themselves".

"A lot of people will flee to other cities, especially with children, elderly parents," said Igor Osolodko, a 25-year-old musician, one of dozens of volunteers helping to remove the rubble brick by brick from another gutted building.

"For the first time in my life, I feel pure hatred," said Osolodko.

"It's absurd, it's unreal. We need to rely on our army and cope with this terror until it's all over, until we win," he said. 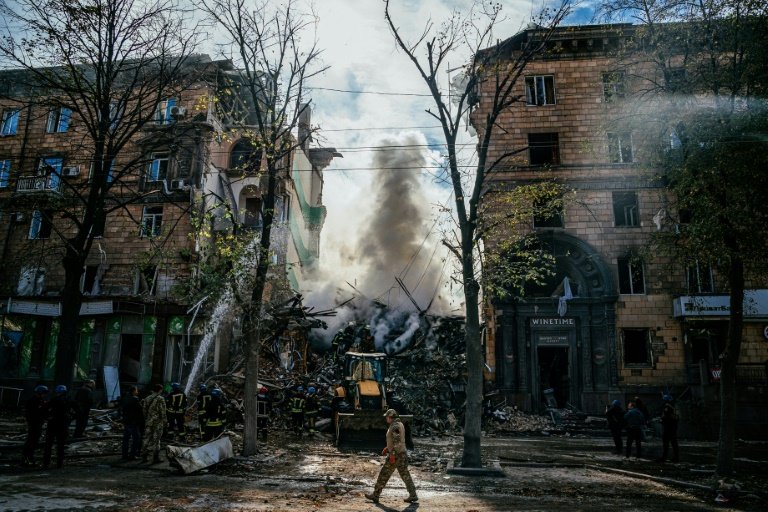 Apart from one policeman who was killed, the other 30 victims were trying to return to the part of Ukraine under Russian control.

Kyiv and Moscow accused each other of the strike.

Zaporizhzhia region is one of four territories in Ukraine -- along with Lugansk, Donetsk and Kherson -- that Russia says it has annexed, with President Vladimir Putin formally signing the move into law Wednesday.

While the Ukrainian army claimed Thursday to have taken back 400 square kilometres (154 square miles) from Russia in the Kherson region, it remains unclear whether the city of Zaporizhzhia is part of the territories that Moscow considers as its own.

"I could have explained it from a logical point of view if they had hit military bases or infrastructure," said Dimitri Sirchenko, who also came to help clear rubble.

"But they hit a city centre, where there are just civilian buildings," he said.

For Sirchenko, there is no question of fleeing the city.

"To go where? There is no safe place" in Ukraine, he told AFP.