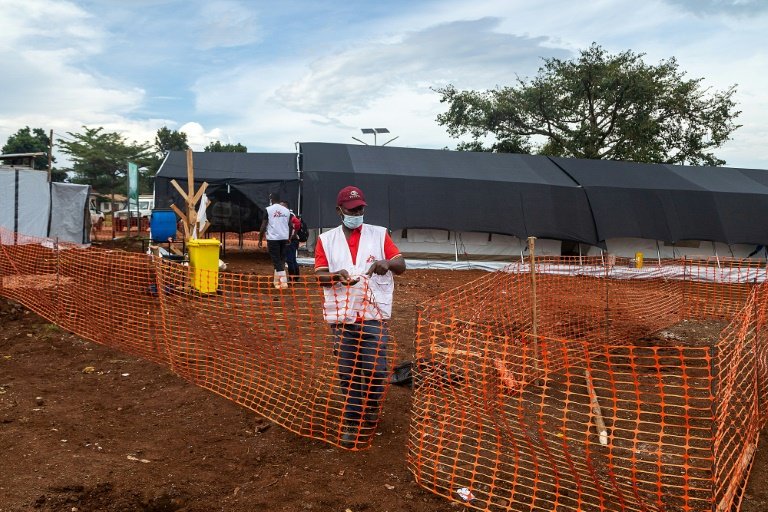 The United States announced tighter screening Thursday for people who traveled to Uganda due to an outbreak of Ebola in the African country.

Beginning Friday, the State Department said, any air travelers entering the United States who have been in Uganda in the 21 days before arrival will have to route through one of five designated airports for screening by the Centers for Disease Control and Prevention (CDC) and US Customs and Border Protection.

The airports are in New York, Newark, Atlanta, Chicago and Washington.

The move came after the CDC issued a warning over Ebola virus disease (EVD) since the Ugandan Health Ministry declared an outbreak in the Mubende district on September 20.

On Wednesday, the World Health Organization said there were 63 confirmed and probable Ebola cases in Uganda and 29 deaths.

The CDC said the outbreak appeared limited to five districts in central Uganda and had not reached the capital Kampala or key travel hub Entebbe.

As of Thursday, "no suspected, probable, or confirmed EVD cases related to this outbreak have been reported in the United States or other countries outside of Uganda," the CDC said.

There are no direct flights from Uganda to the United States. But the CDC said it was essential to screen travelers who had been in Uganda to prevent the disease from spreading.

In 2014, the United States implemented rigid screening procedures after a severe outbreak of Ebola in Africa.

Eleven people were treated for the disease in the United States, and two of them died. Most of those infected were medical workers in West Africa.