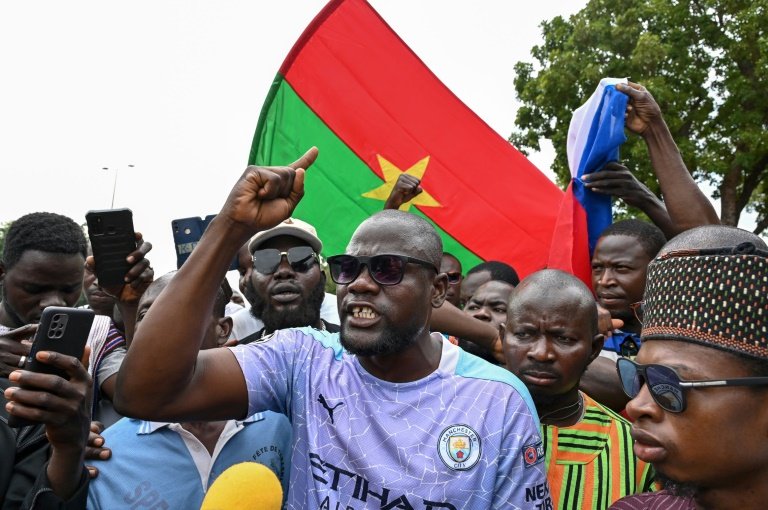 Demonstrators gathered in the capital of Burkina Faso on Thursday to show their support for the country's new junta leader, as rumours swirled of internal divisions in the army.

Ibrahim Traore was declared president on Wednesday after a two-day standoff that ousted Lieutenant-Colonel Paul-Henri Damiba, who had seized power only in January.

Traore was at the head of a core of disgruntled junior officers -- but there were rumours just a few days later of discussions among some other army generals over potentially replacing him.

A crowd of several hundred people, mostly young men, gathered in front of the national radio and television centre in the city.

"We have learned that the generals are in consultation to appoint one of them in place of Captain Traore. It will not do! Not today, not tomorrow," said one of those rallying, trader Amadou Congo.

Rumours circulating in Ouagadougou claimed there was a division between the junior officers represented by Traore and the high-ranking officers who moved in the same circles as Damiba.

After an hour of protesting a soldier sought to calm the crowd, and the new government denied rumours of a split.

"Information which has been circulating since this morning on social networks about generals meeting... is unfounded" according to a statement released by the communication ministry.

Calm has generally returned to the streets of Ouagadougou since last Friday's coup and turbulent weekend that followed.

Traore graduated as an officer from Burkina Faso's Georges Namonao Military School -- a second-tier institution compared to the prestigious Kadiogo Military Academy of which Damiba and others in the elite are alumni.

Some of the protesters were waving Burkina or Russian flags -- with speculation rife that Burkina's new leader may follow other fragile regimes in French-speaking Africa and forge close ties with Moscow at the expense of France.