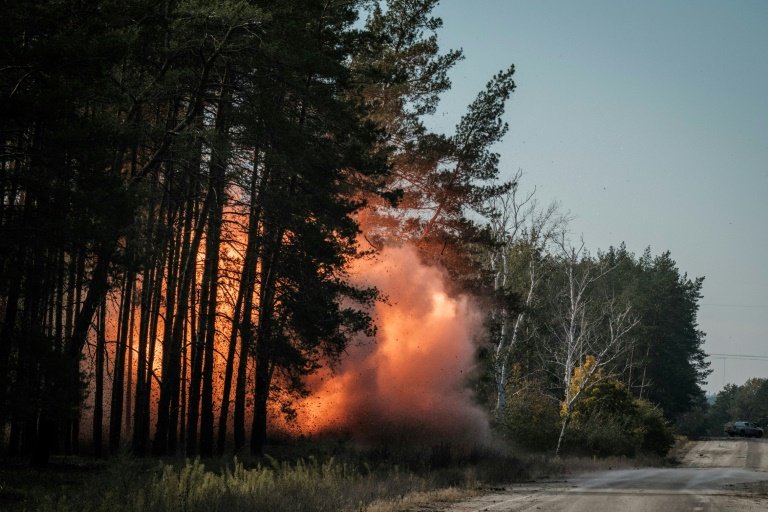 The people of Lyman, emerging from cellars after Ukraine recaptured the town from Russian forces, have been left confused and fearful by both the battle and the shifting political map.

An industrial town in the Donetsk region of eastern Ukraine, Lyman at first remained in Kyiv's control after Russia's February 24 invasion, only falling to Moscow's troops three months later on May 27.

Today, Lyman is in Ukrainian hands and the sounds of explosions come from de-mining teams performing controlled detonations in the pine forests that surround Lyman, polluted by the debris of war.

"There is only pet food in the shops and we have no money for pet food," snapped a middle-aged woman in a blue duvet coat under a faux sheepskin jacket, angrily refusing to give her name. 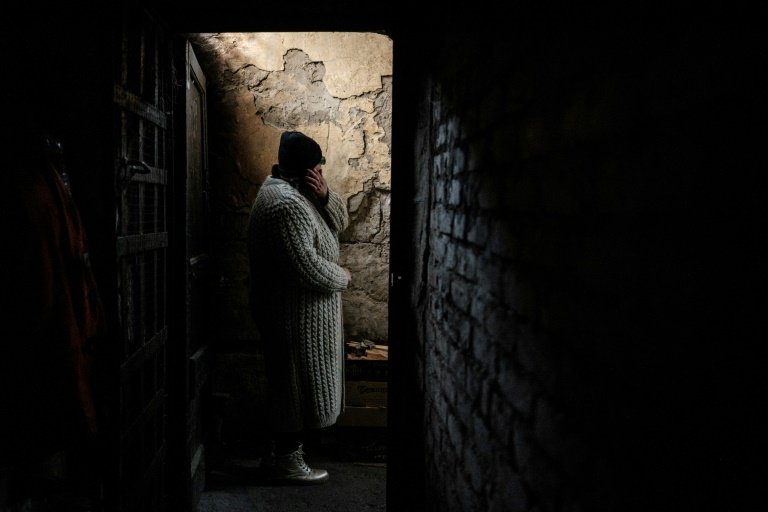 Hanna leaves her basement shelter, where she has lived since May 2022, in the recently retaken town of Lyman in Donetsk region / © AFP

A small group of residents gathered under a five-storey housing block with a gaping shell hole in the roof, on the steps to a cellar where seven families shelter from the intense back-and-forth battles.

The wood to heat their water for tea is hard to light. "It's easier in summer," muttered the woman, anticipating a cruel winter ahead.

For Ukraine to recapture a key town in Donetsk that Russia fought so hard to take -- and to do so immediately after Putin's annexation decree -- was a great symbolic victory for Kyiv.

But Lyman's citizens are not yet celebrating.

Without water and gas, they come up from their cellar bunkers to cook scarce food on outdoor fires, wary as Ukrainian soldiers search for unexploded shells and suspected Russian collaborators.

Many refuse to talk to reporters, resentful that the international media arrived in Lyman even before humanitarian deliveries reached them.

But those who did talk told stories that reflect how the geopolitical convulsions of the war have upended the lives of the residents.

Viktor, a 75-year-old retired worker on Lyman's electrified railway, told AFP he had travelled to visit his daughter living in Germany by passing through the central Ukrainian city of Dnipro.

When he returned home 20 days ago he had to pass through Russia to get safely to Lyman without crossing the frontline -- only to find two weeks later that he was once again in Ukrainian-held territory.

"So far it's quiet," he said, smiling faintly and a little uncertainly. "We will see what the next days will bring us. It's how it is. It's life. It changes all the time. There are only old people here." 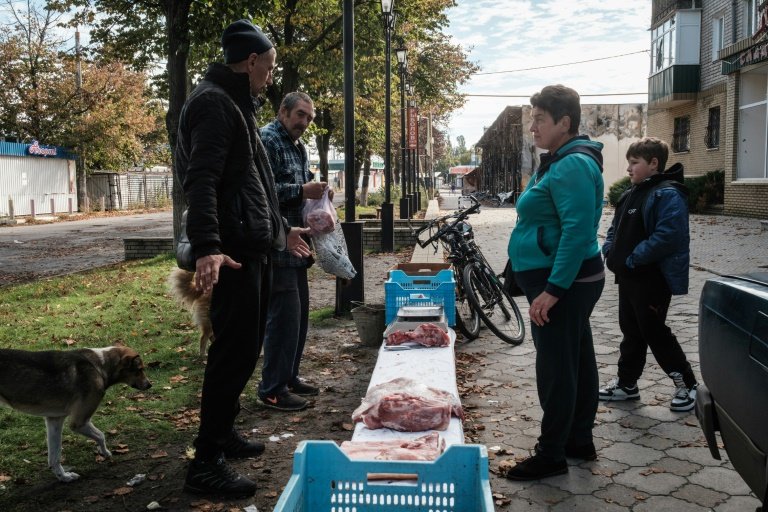 A tearful widow told reporters about her husband, 69-year-old Alexander Yevko, who was killed by a mine explosion as he cut wood in the pine forest around the town. Russian soldiers buried him in a garden.

"A man came and told me that my husband was missing, and then they found his body lying in the woods. So the soldiers went and helped," she said.

"I couldn't go, I wasn't there, I am sick, I have diabetes. And it was them who buried him, right in the back yard."

The pine forest that hid the mines also concealed trenches and bunkers manned by the besieged Russian forces, and the soft, sandy soil still holds unexploded shells while mines scatter the roadsides.

"It's impossible to go to the forest because it's a combat zone, there might be mines, so where can I go to get wood?" demanded 72-year-old Oleksandr Korniyenko, who lives in Yampil, just outside Lyman.

Many road bridges in Donetsk were demolished to slow the Russian advance. Now that the tables have turned and Ukrainian forces are advancing they in turn can only access Lyman by pontoon crossings.

This brings them through the woods on dirt tracks, in long convoys of American-supplied M113 armoured cars and battered civilian Lada cars pressed into service as troop carriers.

As they pass by they wave to salute the Ukrainian police de-mining teams who have deployed to clear their way. 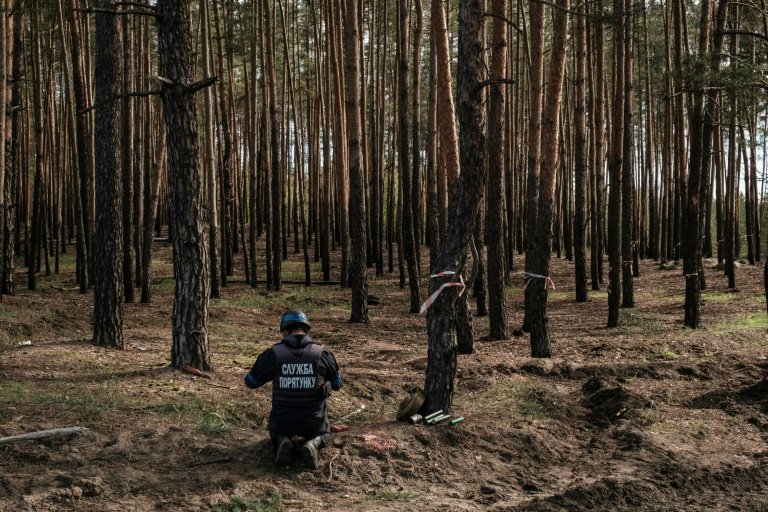 Senior Lieutenant Yevgen Sagayda's team blocked the road with their Kozak, a Ukrainian MRAP armoured car, and placed small tablets of plastic explosive on a pile of Russian anti-tank mines.

They ran a cable 100 metres back along the verge and attached it to an electric trigger. The men braced and a radio order was given. Seconds later there was another huge detonation and a plume of dirt and smoke.