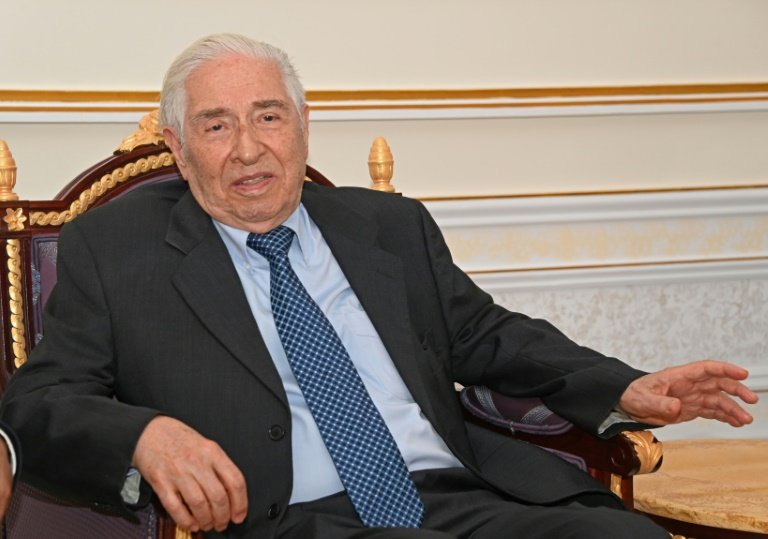 Baquer Namazi, a US citizen, speaks to the press upon his arrival to the Omani capital Muscat on October 5, 2022 following his release in Iran / © AFP

An 85-year-old Iranian-American arrested in Tehran more than six years ago who is seeking urgent medical treatment has landed in Abu Dhabi, the State Department said Wednesday, with the United States pressing for the release of three other citizens.

Baquer Namazi, a former UNICEF official, was detained in February 2016 when he travelled to Iran to press for the release of his son Siamak, who had been arrested in October of the previous year.

Namazi "is now in Abu Dhabi after departing Iran for Muscat; he has been reunited with his family and will soon receive urgently needed medical treatment," US Secretary of State Antony Blinken said in a statement.

Another son, Babak Namazi, said in a statement ahead of the reunion that it was "impossible to articulate and describe sufficiently how I am feeling. I am just so grateful that after so long, I will shortly be able to embrace my father again."

He thanked Oman and UN Secretary-General Antonio Guterres for their efforts as well as UNICEF and the governments of Qatar, Switzerland, Britain and the United States.

But he called the release "bittersweet," noting that his brother and two other Americans remained detained.

"Our nightmare will not be over until our entire family and the other Americans are reunited with their families," he said.

Baquer Namazi landed briefly in Oman -- a neutral country that has often played a mediating role for Westerners jailed in Iran -- before heading to Abu Dhabi for treatment at a branch of the Cleveland Clinic.

Namazi needs treatment for a life-threatening blockage in his left carotid artery, which supplies blood to the brain. He underwent a similar operation for the right artery a year ago in Iran after he was not permitted to leave the country.

His son Siamak has been granted furlough to spend time with family but has not been allowed to leave Iran.

Blinken expressed his "gratitude for all of the friends and partners who helped bring about his freedom".

But he added that the United States' work "is far from finished", and that the country remained "committed to securing the freedom of all remaining wrongfully detained US citizens in Iran and around the world."

The United Nations announced the Namazis' release last week after an appeal from Guterres, following years of unsuccessful efforts by the United States.

- Gesture on nuclear accord? -

The United States has been pressing for the release of the Namazis and two other Americans amid efforts to revive a 2015 nuclear deal between Iran and major powers. 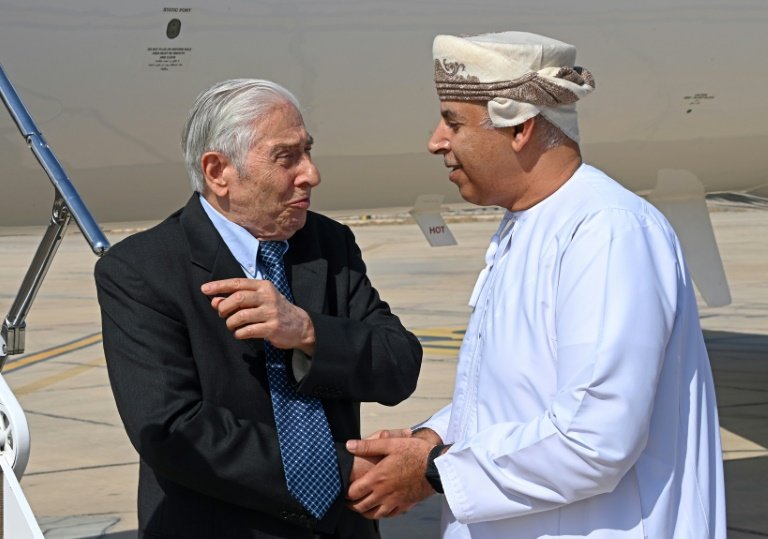 The signing of the original deal in 2015 was accompanied by the release of detained Americans and Namazi's departure has been seen in Iran as a move that should be mirrored by the other side.

"With the finalisation of negotiations between Iran and the United States to release the prisoners of both countries, $7 billion of Iran's blocked resources will be released," state news agency IRNA reported.

The State Department has described the assertion as "categorically false" and said there were no plans to release money in return for the Namazis.

The release comes as Iran's clerical state comes under new sanctions as it cracks down on major protests triggered by the death in custody of Mahsa Amini, a young woman accused of violating rules on covering her hair.

Billions of dollars in Iranian funds have been frozen in a number of countries -- notably China, South Korea and Japan -- since the United States reimposed sanctions in 2018.

A drive to salvage the nuclear deal began in April last year, with the aim of returning the United States under President Joe Biden to the accord through the lifting of sanctions ordered by Donald Trump and Iran's return to full compliance.

The Namazis were both convicted of espionage in October 2016 and sentenced to 10 years in prison. Both have denied the charges, with the younger Namazi saying he came under suspicion for associations with US think tanks.

Baquer Namazi was released on medical leave in 2018 and had been serving his sentence under house arrest.

At least two other American citizens are held in Iran.

Businessman Emad Sharqi was sentenced last year to 10 years in prison for espionage, and environmentalist Morad Tahbaz, who is also a British national, was arrested in 2018 and released on bail in July.