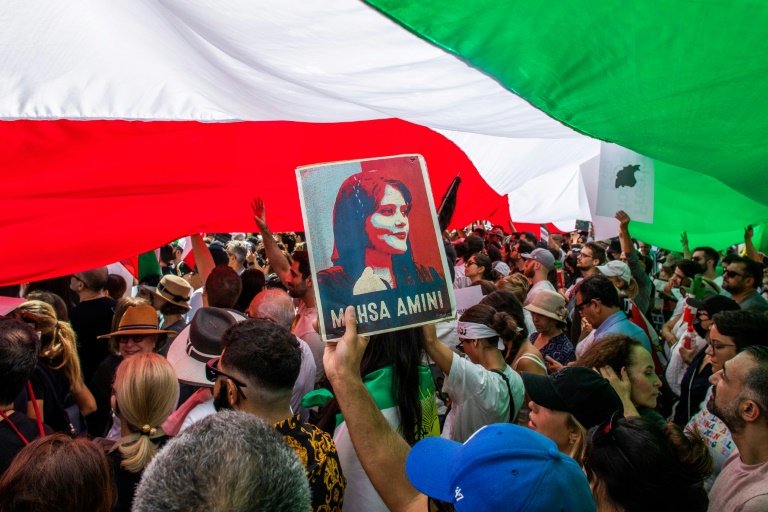 Iranian schoolgirls have come to the fore in protests over the death of Mahsa Amini, removing their hijabs and staging sporadic rallies in defiance of a lethal crackdown by the security forces.

Anger flared at her funeral and spread to become the biggest wave of protests to rock Iran in almost three years, despite the backlash by the security forces that has killed scores and seen hundreds arrested.

Students rallied at the weekend before being confronted by riot police who cornered them in an underground car park of Tehran's prestigious Sharif University of Technology before hauling them away.

Schoolgirls have since taken up the baton around the country, removing their hijabs, shouting anti-regime slogans and defacing images of the clerical state's leaders. 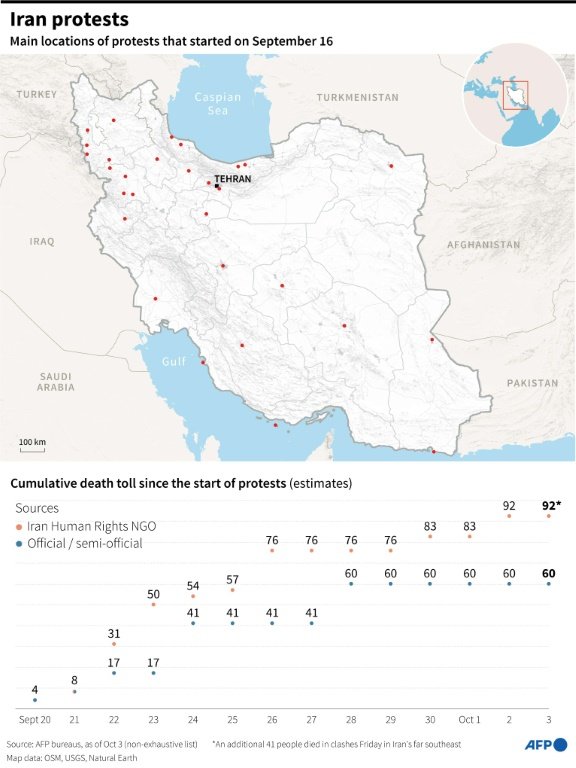 "Death to the dictator," a group of bare-headed girls is heard chanting in reference to supreme leader Ayatollah Ali Khamenei as they force a man, reportedly the principal, out of a school in Karaj, west of Tehran, on Monday in a video verified by AFP.

Another group of girls sang "Woman, Life, Freedom!" as they marched through the Karaj neighbourhood of Gohardasht.

"These are really extraordinary scenes. If these protests are going to achieve anything, it will be because of the schoolgirls," Esfandyar Batmanghelidj of the Bourse & Bazaar news and analysis website tweeted in response.

Schoolgirls were also seen leaving classrooms and appearing in flash-mob protests to avoid detection, in other footage shared online.

One boisterous group of girls yelled "Get lost, Basiji", in reference to the paramilitary force, at a man standing at a podium in the southern city of Shiraz, in a video shared by the 1500tasvir social media channel. 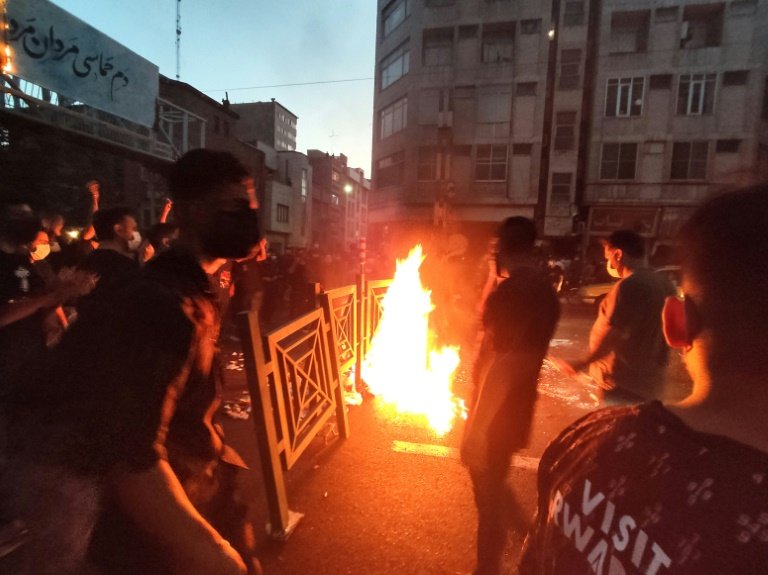 AFP has been unable to independently verify the footage.

But in an apparent admission that schoolgirls have been involved in the protests, Prosecutor General Mohammad Jafar Montazeri on Wednesday blamed the influence of social networks.

"The fact that 16-year-olds are present in the events of these days is because of the social media," Montazeri said, according to ISNA news agency.

In a widening crackdown, Iran has rounded up high profile supporters of the movement and blocked social media access.

On Wednesday, New York-based Human Rights Watch decried internet shutdowns and said it had verified 16 protest videos that show "police and other security forces using excessive and lethal force against protesters" in Tehran and other cities.

The crackdown "indicates concerted action by the government to crush dissent with cruel disregard for life", HRW researcher Tara Sepehri Far said in a statement.

Concern also grew about what caused the death of 16-year-old Nika Shahkarami who had joined the protests, even as Iran's judiciary denied there was any link between her death and the demonstrations.

Reports from Persian media based outside Iran have said that the grieving girl's family was not allowed to bury her body in her hometown, while two close relatives have also reportedly been arrested.

At least 92 protesters have been killed in the unrest, according to Oslo-based group Iran Human Rights (IHR). 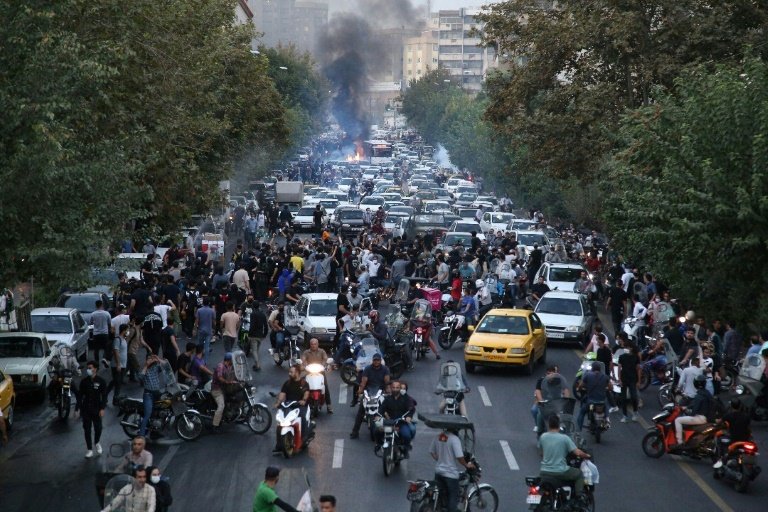 Amnesty International has confirmed 53 deaths, though Fars news agency put the death toll at "around 60" last week, while HRW said the number was "likely significantly higher". At least 12 security personnel have been reported killed.

More than 1,000 people have been arrested, but the judiciary said upwards of 620 protesters had been released from jail in Tehran province alone.

Another 63 people were killed last week when security forces "bloodily suppressed" a protest sparked by accusations that a regional police chief had raped a teenage girl of the Baluch Sunni minority in Zahedan, near Iran's southeastern border with Pakistan, said IHR.

On Tuesday, the European Union joined the United States in warning that it was considering tough new sanctions on Iran.

"We will have a reciprocal response to it," he told Borrell in a phone call.

Iran has repeatedly accused outside forces of stoking the unrest.

The unrest has overshadowed efforts to revive a 2015 nuclear deal between Iran and major powers which had come close to a breakthrough in recent months before stalling again.

But the White House said the "problems with Iran's behaviour" are separate from efforts to revive the nuclear deal.