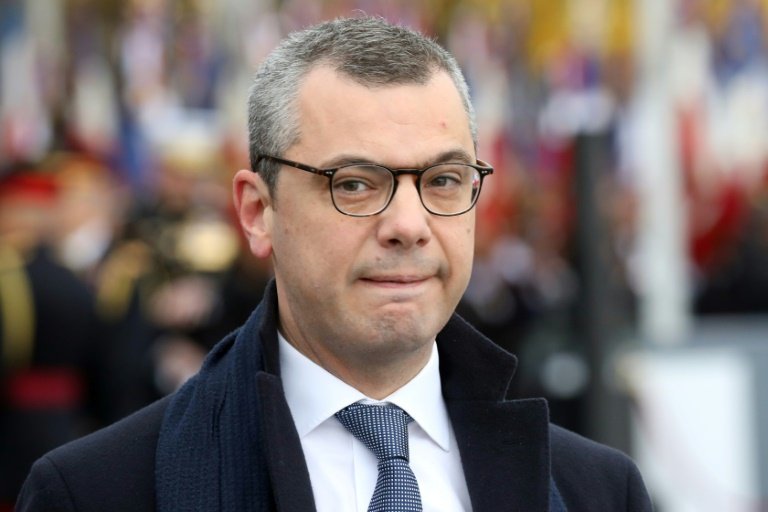 The top official in French President Emmanuel Macron's office has been charged with a conflict of interest, the chief financial crimes prosecutor said Monday.

The move against Alexis Kohler, who holds one of France's most powerful jobs as Elysee secretary-general, came hours after another Macron ally, Justice Minister Eric Dupond-Moretti, was ordered to stand trial in a separate case, also over a conflict of interest.

Kohler is accused over his professional and family links with Italian-Swiss shipping company Mediterranean Shipping Company (MSC) which is run by his mother's cousins, prosecutor Jean-Francois Bohnert said in a statement.

On Monday, Kohler "categorically denied any wrongdoing", his lawyer said, while an official in Macron's office said Kohler remained in his post.

In 2018, Anticor, an anti-corruption NGO, filed a legal complaint against Kohler for illegal influence-peddling concerning contracts awarded to MSC in 2010 and 2011.

Kohler allegedly failed to reveal his family connections with MSC to the French agency for public investment where he worked at the time.

The case was dismissed the following year, but in 2020, Anticor filed a civil case which usually triggers a probe by an investigating magistrate.

Kohler, whose office at the Elysee is located next to that of the president, is often described as Macron's right-hand man.

His job involves handling emergencies, major economic and social issues as well as some political decisions.

His lawyer, Eric Dezeuze, said the discovery of evidence linked to the charging would allow Kohler "to prove his innocence".

But Anticor lawyer Jean-Baptiste Soufron said "the question of his resignation is now on the table".

Adding to pressure on Macron's administration, Justice Minister Dupond-Moretti was ordered Monday to stand trial, charged with misusing his position to settle scores with opponents from his legal career.

The former star lawyer is the first sitting French justice minister to be charged in a legal probe.

The accusations relate to administrative inquiries ordered into three judges during Dupond-Moretti's time as minister, which were denounced by critics as a witchhunt.

The three judges had ordered police in 2014 to pore through the phone records of dozens of lawyers and magistrates, including Dupond-Moretti, as part of an investigation into former president Nicolas Sarkozy.

The order to stand trial was issued by the investigation commission of the Law Court of the Republic in Paris, which hears cases of alleged wrongdoing by serving ministers.

But his lawyers, Christophe Ingrain and Remi Lorrain, said they had already appealed, sparking a temporary suspension of the move.

A source close to the case said it was uncertain when the appeals court would rule on the matter.

Lorrain said there had been "many irregularities" in the case, and the chief prosecutor, Francois Molins, had been "unfair and biased".

The case against Dupond-Moretti goes back to January 2021 when Anticor and a magistrates' union filed a legal complaint, accusing him of using his ministerial powers to take revenge on his enemies in the judiciary.

He was charged the following July.

Despite opposition calls for him to be sacked, Macron re-appointed him as justice minister in a cabinet reshuffle earlier this year.

In a statement they said there could be "another conflict of interest" when Dupond-Moretti, as justice minister, picks a successor to prosecutor Molins who is to retire in June.

"He would get to appoint his own accuser," the unions said.

Contacted by AFP, Prime Minister Elisabeth Borne's office declined to comment on whether Dupond-Moretti's job was at risk.

A spokesperson for the prime minister noted simply that "the procedure is ongoing" and that it was organised so as not to affect Dupond-Moretti's business as justice minister.