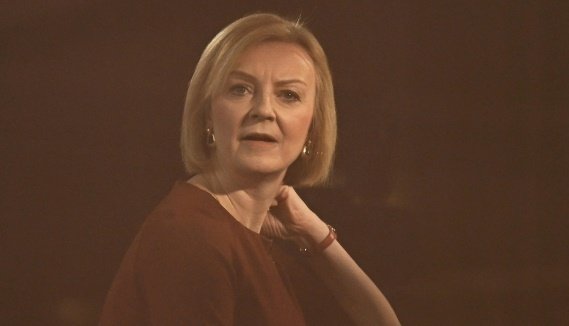 Less than a month into the job but already mired in a deep crisis, the new Tory leader insisted the controversial plans would return Britain to economic growth, as it grapples with decades-high inflation and imminent recession.

As her restive ruling Conservative party's annual conference gets underway in Birmingham, Truss also sought to reassure critics she will reduce the extra government borrowing earmarked to fund the tax cuts for the wealthiest.

"I do stand by the package we announced... but I do accept we should have laid the ground better there," Truss told the BBC in her first live TV appearance since the contentious proposals were unveiled on September 23.

"We have a clear plan moving forward both to deal with the energy crisis and to deal with inflation, but also to get the economy growing," she added, while also vowing to curb government borrowing "over the medium term".

Opposition parties, much of the public and even Conservative MPs -- notably backers of her defeated leadership rival Rishi Sunak -- are aghast at the mini-budget announced by finance minister Kwasi Kwarteng.

It went further than many had expected, abolishing the top rate of income tax and lifting a cap on bankers' bonuses. Markets tanked in response, and the Bank of England staged an emergency intervention to bail out embattled pension funds, setting the stage for a difficult four-day gathering in Birmingham.

Truss revealed Sunday she had not discussed axing high-earners' 45 percent tax rate with her cabinet, and appeared to distance herself from the politically toxic move by claiming "it was a decision that the chancellor made".

That prompted an immediate rebuke from erstwhile Tory MP ally Nadine Dorries, who accused her of "throwing (Kwarteng) under a bus on the first day of conference".

Meanwhile, appearing on the BBC immediately after Truss, senior Conservative lawmaker Michael Gove branded the plans "profoundly" problematic and said there would need to be "a course correction". Reports suggest some Tory MPs could join opposition parties' attempts to block the most controversial aspects of the mini-budget in parliament.

They emerge as a raft of polls showed a dramatic slump in the standing of the party as well as Truss and Kwarteng.

One Yougov survey Friday found 51 percent of Britons think that she should resign -- and 54 percent want the finance minister to go.

Several other polls in recent days showed the Labour party with mammoth leads of up to 33 points over the Conservatives -- its biggest since the heyday of former Labour prime minister Tony Blair in the late 1990s.

As it is, both Sunak and former prime minister Boris Johnson are reportedly staying away from Birmingham.

But Truss will have plenty of critics lying in wait at what the Tories bill as Europe's largest annual political event. 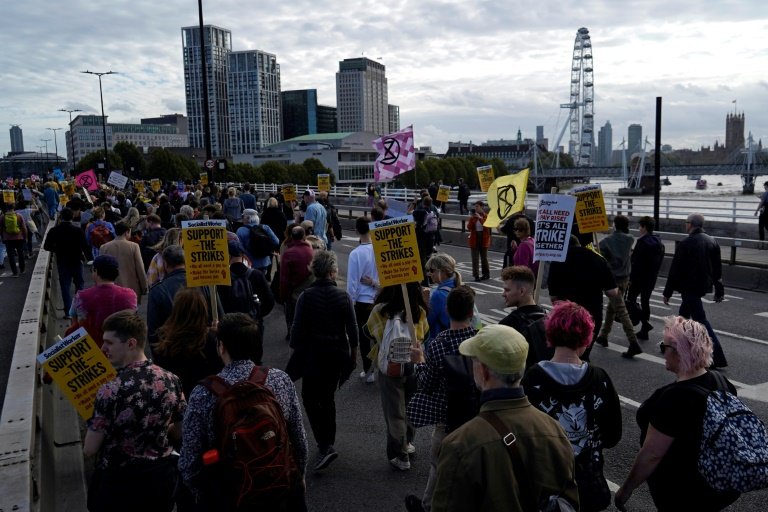 Protesters angry at rising energy bills and the government's handling of the worsening cost-of-living crisis massed in London and other cities Saturday, with more demonstrations planned for Birmingham on Sunday.

Kwarteng is due to address the grassroots gathering on Monday, before Truss closes it with the leader's keynote speech on Wednesday.

Although both have ruled out a U-turn on their economic package, they conceded ground Friday by allowing the Office for Budget Responsibility to send Kwarteng an initial independent costing score-card of it later next week.

But the OBR has confirmed none of its assessments will be published until November 23 -- something critics are urging the government to bring forward.

In Birmingham, the conference programme has already been pared back to eliminate some of its fringe partying following the September 8 death of Queen Elizabeth II -– who appointed Truss only two days before she died.

Many commentators are urging contrition from the new leader, to avoid the kind of doomsday scenario laid out by senior Tory MP Charles Walker.

A general election is not due until January 2025 at the latest. But if one were held tomorrow, Walker said, "we would cease to exist as a functioning political party".