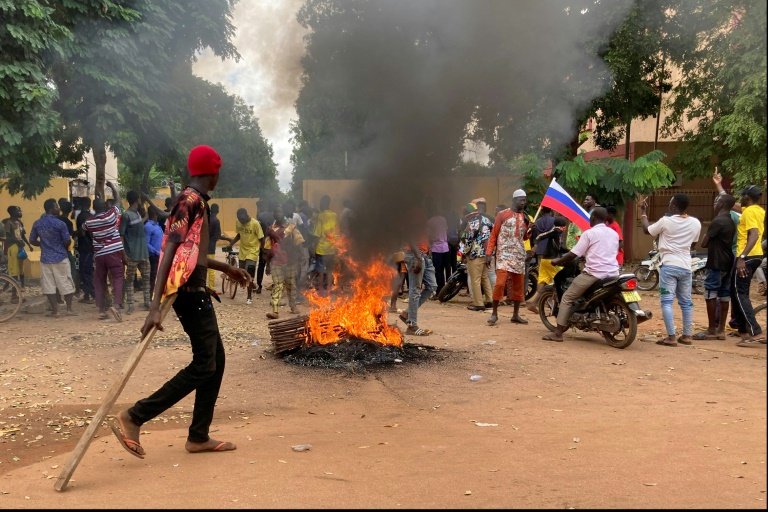 Security forces fired tear gas to disperse angry protesters outside the French embassy in Burkina Faso's capital on Sunday, as unrest simmered in the impoverished, restive West African nation following the claim of a second coup this year.

Late on Saturday, the junta leader, Paul-Henri Sandaogo Damiba, said he had no intention of giving up power and urged the officers to "come to their senses".

His comments came shortly after the army general staff dismissed the coup as an "internal crisis" within the military and said dialogue was "ongoing" to remedy the situation. 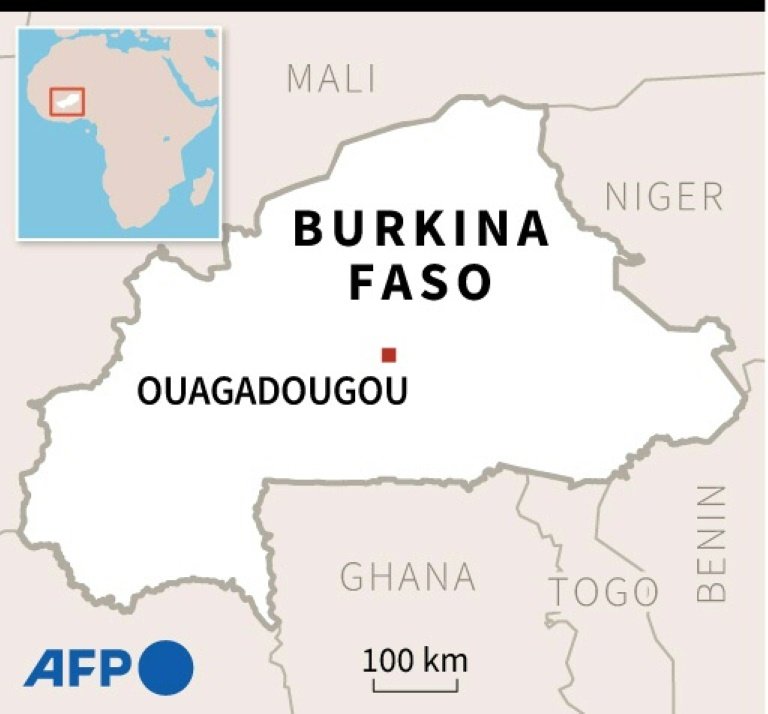 In a statement read out on television on Sunday, the officers who claimed the coup said they had lifted a curfew they had imposed and called for a meeting of ministry heads for later in the day.

The officers had accused Damiba of having hidden at a military base of former colonial power France to plot a "counteroffensive", charges that he and France denied.

On Sunday, dozens of supporters of the new self-proclaimed putsch leader, Ibrahim Traore, gathered at the French embassy in the capital Ouagadougou.

Security forces fired tear gas from inside the compound to disperse the protesters after they set fire to barriers outside and lobbed rocks at the structure, with some trying to scale the fence, according to an AFP reporter on the scene.

There were no immediate reports of injuries.

Hundreds of protesters headed to the headquarters of Burkina Faso's public television, where Traore went in a motorcade to deliver a national address on Sunday.

Some of them were carrying Russian flags and chanted slogans hostile to France and Damiba. Traore supporters were also continuing to occupy several main squares and roads in Ouagadougou, an AFP correspondent saw. 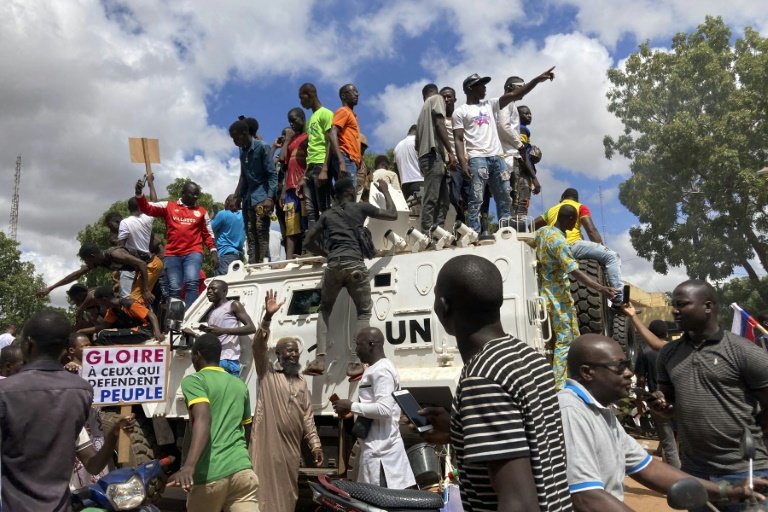 The French foreign ministry condemned the violence against its embassy / © AFP

The French foreign ministry condemned "the violence against our embassy in the strongest terms" by "hostile demonstrators manipulated by a disinformation campaign against us".

It marked the latest incident against a France-linked building in two days, after a fire at the embassy on Saturday and a blaze in front of the French Institute in the western city of Bobo-Dioulasso.

Traore called for an end to the attacks on Sunday.

An officer, reading a statement on television from Traore, who stood by his side, told the public "to refrain from any act of violence and vandalism", notably against the French embassy and military base. 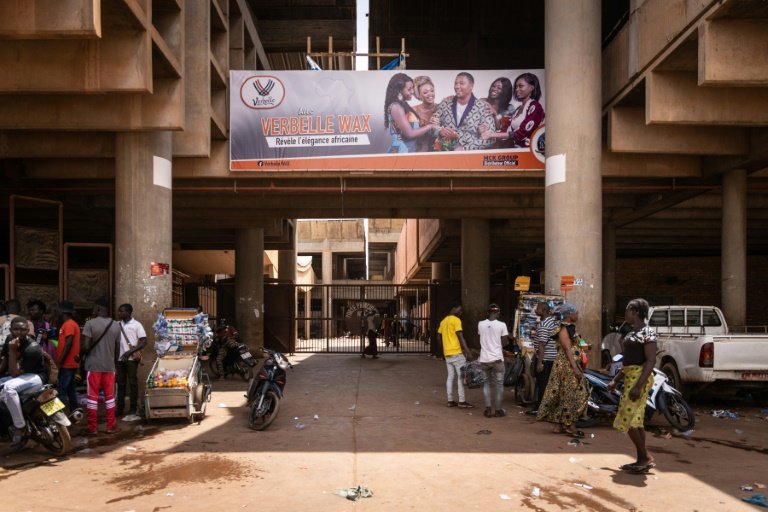 The officers said they had carried out their putsch because Damiba had failed to quell jihadist attacks in the country.

Traore said talks with Damiba were ongoing and that order was progressively being restored, although the country's borders remained shut on Sunday.

Damiba himself came to power in the nation of 16 million people in a January coup, accusing elected president Roch Marc Christian Kabore of failing to beat back jihadist fighters.

But the insurgency has raged on and more than 40 percent of Burkina Faso remains outside government control.

Thousands have died and about two million have been displaced by the fighting since 2015, when the insurgency spread to Burkina Faso from neighbouring Mali.

The events Friday sparked a wave of international criticism, including from the United States, the African Union, the European Union and the regional grouping ECOWAS. 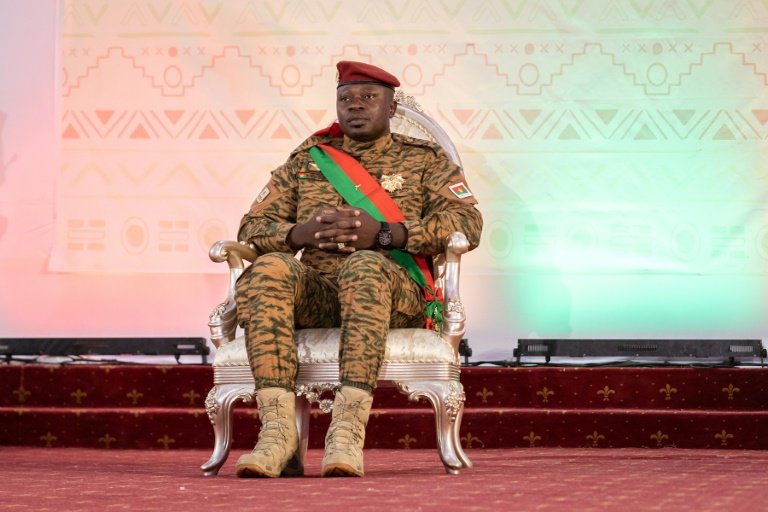 Jihadist violence has also prompted a series of coups in Mali since 2020 and fuelled instability in neighbouring Niger.

The new self-proclaimed Burkina putschists said they were willing "to go to other partners ready to help in the fight against terrorism".

No country was explicitly mentioned but Russia, whose influence is growing in French-speaking Africa including Mali and the Central African Republic, is among the possible partners in question.

A few hours before events unfolded on Friday, hundreds of people had rallied in the capital seeking Damiba's departure, the end of France's military presence in the Sahel and military cooperation with Russia.

France has a contingent of military special forces based in Kamboinsin, which is about 30 kilometres (19 miles) from Ouagadougou.