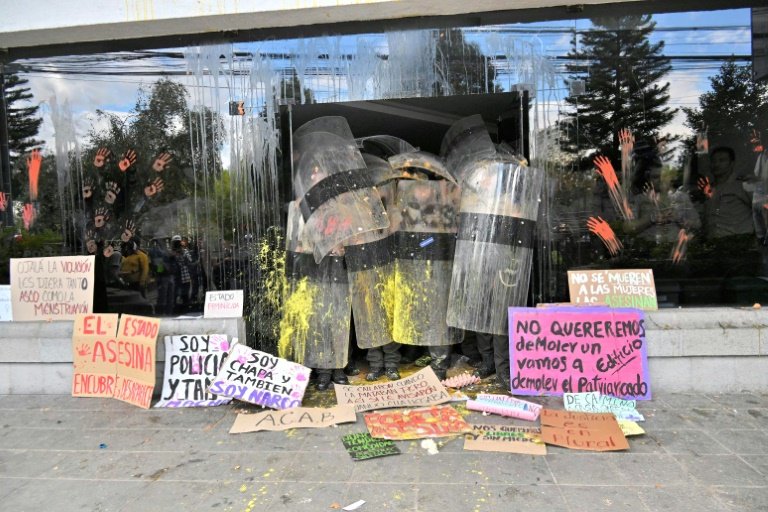 Hundreds of women marched Saturday against femicide in Ecuador, which a gender violence NGO says has claimed more than 200 victims since the start of the year.

The country was rocked by the murder of lawyer Maria Belen Bernal, 34, last month, who disappeared after entering a police training facility in capital Quito where she had gone to visit her husband.

The incident sparked nationwide protests and police have named her husband, who is on the run, as the main suspect.

On Saturday, protesters held up placards that read "Look at me carefully because I could be the next" victim and chanted "We want to live".

Protests took place on the streets of the capital Quito as well as other parts of Ecuador following a call from social organizations to stand "united against the femicide state".

That slogan was also sprayed in front of the police headquarters in Quito, where protesters congregated to pelt the building with eggs and splatter red and yellow paint across its facade.

Bernal's body was found four days after she disappeared on a hill some five kilometers (three miles) from the Quito police training school.

A sign reading "Murderous police" was placed at the feet of officers dressed in riot gear and their shields were covered in paint. 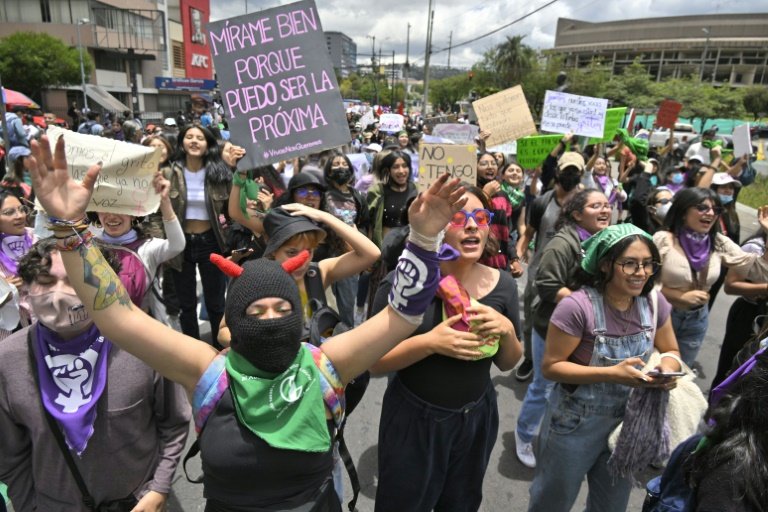 President Guillermo Lasso has since ordered the dismissal of two generals and Interior Minister Patricio Carrillo.

There have been 206 femicides in Ecuador since the beginning of the year, according to an NGO that monitors gender violence.

The Attorney General's Office says that since 2014, 573 femicides have been committed, a crime punishable by up to 26 years in prison.

According to official statistics, 65 out of 100 women between 15 and 49 have experienced some form of violence in Ecuador.