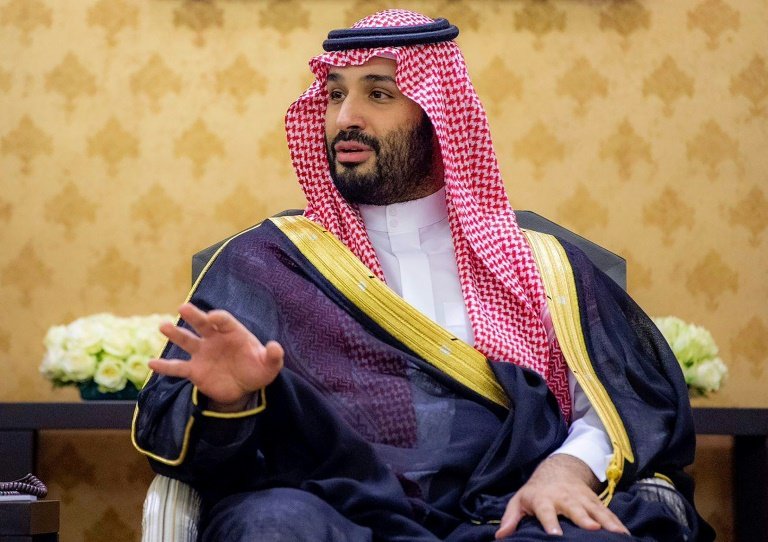 The appointment by royal decree comes as the administration of US President Joe Biden is debating whether Prince Mohammed qualifies for immunity from lawsuits filed in American courts.

Before Prince Mohammed's title bump was announced, a judge had given US lawyers a deadline of October 3 to file a "statement of interest" on the immunity question. But on Friday, citing Prince Mohammed's new position, the administration requested an additional 45 days to make up its mind, according to a court filing seen by AFP.

The 37-year-old de facto ruler of the world's biggest crude exporter has been targeted in multiple lawsuits in the US in recent years, notably over the 2018 killing of Saudi journalist Jamal Khashoggi in the kingdom's Istanbul consulate, which temporarily turned him into a pariah in the West.

His lawyers have argued that he "sits at the apex of Saudi Arabia's government" and thus qualifies for immunity.

Sarah Leah Whitson, executive director of the NGO Khashoggi founded, Democracy for the Arab World Now (DAWN), told AFP it was a "last-ditch effort to conjure up a new title for him" -- in other words, "a title-washing ploy".

Saudi officials did not respond to requests for comment on the move.

In October 2020, two years after Khashoggi's death, DAWN filed a complaint in the United States along with Khashoggi's fiancee, Hatice Cengiz, accusing Prince Mohammed of involvement in a "conspiracy" that led to Khashoggi being kidnapped, bound, drugged, tortured and assassinated.

The legal threats to Prince Mohammed in US courts go beyond Khashoggi.

He was also named in a lawsuit filed by Saad al-Jabri, a former top intelligence official who fell out of favour as Prince Mohammed manoeuvred to become first in line to the throne in 2017.

That complaint accuses Prince Mohammed of trying to lure Jabri back to Saudi Arabia from exile in Canada -- then, when that didn't work, "deploying a hit squad" to kill him on Canadian soil, a plot foiled when most of the would-be assailants were turned back at the border.

In yet another case, Prince Mohammed was accused by Lebanese journalist Ghada Oueiss of involvement in a scheme to hack her mobile device and disseminate "stolen personal images" to defame her and prevent her from reporting on human rights issues.

The immunity issue appeared to come to a head over the summer, when a US judge gave Biden's administration until August 1 to say whether it believed Prince Mohammed qualified.

After Biden visited Saudi Arabia in July, abandoning a previous pledge to turn Saudi Arabia into a "pariah", his administration requested an additional 60 days to decide whether to weigh in on the matter.

Assuming the second, 45-day extension requested on Friday is granted, the new deadline will fall in mid-November.

Before this week's announcement, Prince Mohammed, often referred to by his initials "MBS", had been serving as deputy prime minister and defence minister, managing major portfolios from energy to security and beyond.

Little is expected to change inside the kingdom as a result of his new title, said Umar Karim, an expert on Saudi politics at the University of Birmingham.

"MBS was already completely in control, and there was no threat as such to him that could be countered by him becoming prime minister," Karim said.

At the same time, it is not clear whether becoming prime minister will significantly bolster Prince Mohammed's claim of immunity, given that King Salman remains head of state.

Observers pointed out that King Salman chaired a cabinet meeting the same day that Prince Mohammed's promotion was announced.

Even if the immunity question is resolved in the United States, it is likely to pop up in other countries.

In July, a group of NGOs filed a complaint in France alleging that Prince Mohammed was an accomplice to Khashoggi's torture and enforced disappearance.

They said the charges could be prosecuted in France, which recognises universal jurisdiction.

Prince Mohammed "does not have immunity from prosecution because as crown prince he is not head of state", they said.