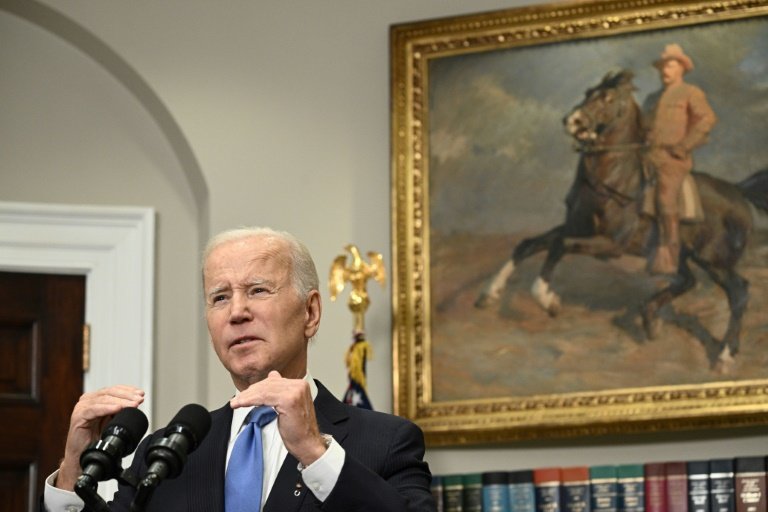 President Joe Biden said Friday the United States and NATO will not be intimidated by Russia's President Vladimir Putin and warned that the Western alliance would defend "every inch" of its territory if attacked.

"America and its allies are not going to be intimidated," he said in remarks at the White House. Putin is "not going to scare us."

Biden then addressed the Kremlin leader directly, pointing his finger into the television camera as he warned against any attack spilling beyond Ukraine onto NATO territory.

"America's fully prepared, with our NATO allies, to defend every single inch of NATO territory," he said. "Mr Putin, don't misunderstand what I'm saying: every inch."

Biden was speaking shortly after Putin presided over a ceremony in Moscow to declare that Russia has annexed four more regions of Ukraine, although Western-armed Ukrainian troops continue to battle to restore control there.

Putin and multiple supporters have suggested that having declared the swath of Ukraine to belong to Russia, the Kremlin could now legitimately resort to nuclear weapons to defend what it says is Russian territory.

Biden called out his Russian counterpart's "reckless words and threats" but dismissed Friday's ceremony as a "sham routine that he put on" to show strength, while instead demonstrating that "he's struggling."

Shortly after, Biden's top national security official said while there is a chance of Putin resorting to nuclear weapons, this doesn't appear imminent.

"There is a risk, given all the loose talk and nuclear saber rattling by Putin, that he would consider this and we've been equally clear about what the consequences would be," National Security Advisor Jake Sullivan told reporters.

"We do not presently see indications about the imminent use of nuclear weapons."

Sullivan underlined that Washington was communicating privately but "directly with Russia about the kind of decisive response the United States would have." 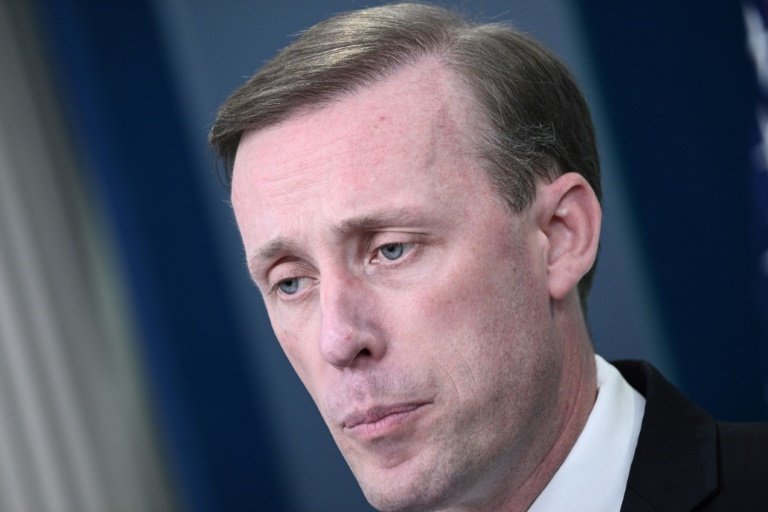 The United States has walked a thin line since Putin launched the invasion of Ukraine in February by funneling ever greater military support to Kyiv while not getting directly involved -- yet also guarding against potential for a spillover.

Sullivan noted that multiple reinforcements had been sent to boost Europe-based US forces, saying that they were ready if Russia escalated.

"We feel we have in place right now the capacity to respond to any contingency," Sullivan said.

With Ukraine's army making new headway against the Russian invaders in the east, Washington is maintaining the pace of new deliveries in ammunition and weapons.

There will be "another announcement of immediate security assistance to announce next week," Sullivan told reporters, noting that the US government had also just pledged a longer term delivery of weapons to Ukraine, including 18 new Himars multiple rocket systems that must first be manufactured.

"This new grant assistance is a further demonstration of US confidence in Ukraine and will support critical government operations and provide relief to Ukrainian people suffering under Russia's brutal war," Treasury Secretary Janet Yellen said in a statement.

Meanwhile, addressing the mysterious explosion at the major Nord Stream natural gas underwater pipeline from Russia to western Europe, Biden echoed other Western leaders saying it was "a deliberate act of sabotage."

He did not say who the United States believes is behind the attack but he described Russian allegations that Washington was involved as "disinformation and lies."

"We'll work with our allies to get to the bottom (of) exactly, precisely what happened," he told reporters.

"At the appropriate moment, when things calm down, we're going to be sending divers down to find out exactly what happened," Biden said, adding that the United States is already working with allies to "enhance the protection of this critical infrastructure."