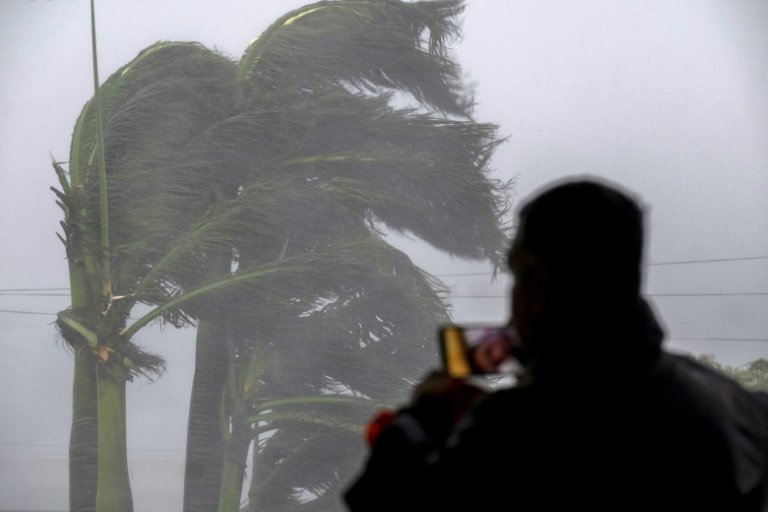 GERMANY PIPELINE LEAK – Two people were injured and 30,000 litres of kerosene have leaked from a pipeline in Echternacherbrück. The pipeline belongs to a Europe-wide Nato supply system, and also delivers to Findel airport in Luxembourg. The leak occurred during maintenance work, causing kerosene to spout several metres into the air.

PIPELINE SABOTAGE - Meanwhile Denmark has said that more than half of the gas in the Nord Stream pipelines in the Baltic Sea has leaked into the atmosphere after they were damaged by suspected sabotage. While the pipelines -- operated by Russian gas giant Gazprom -- are not currently in operation, they both still contained gas. According to climate groups, Nord Stream 1 and 2 contained some 350,000 tonnes of natural gas -- methane.

HURRICANE FLORIDA – Hurricane Ian has plunged much of coastal southwest Florida into darkness, as the monster storm brought "catastrophic" storm surges, wind and flooding. The US Border Patrol said 20 migrants were missing after their boat sank, with four Cubans swimming to shore in the Florida Keys islands and three rescued at sea by the coast guard. It is now losing power as it moves inland, and has been downgraded to a category one storm.

EU RUSSIA SANCTIONS - The EU has proposed a new round of sanctions on Russia over its latest escalation in Ukraine, including an oil price cap and ban on Russian exports worth seven billion euros.

IRAN PROTEST - Iran's police have warned they will confront women-led protests over the death of Mahsa Amini. At least 76 people have already lost their lives in confrontations between police and demonstrators. Amini died after allegedly breaching rules requiring women to cover their hair with a hijab. A protest organised by the Iranian student association is due to take place in Luxembourg City between 6-8pm on Place Clairefontaine today.

FRANCE STRIKES - President Macron faces the first national strikes since his re-election today, when a union-led day of protest begins a revolt over his plans to raise the retirement age. Initially planned as action against low wages, the day has turned into a show of force against Macron’s rush to raise the retirement age from 62 to 65. Railways will also be affected - there will be almost no trains running between Metz and Luxembourg for 24 hours

PORSCHE STOCKS - And Porsche is going public today. The parent company Volkswagen is hoping for up to 9.4 billion euros. A share costs up to 82.5 euros. It is the biggest stock market debut in Germany since that of Deutsche Telekom in 1996.

FARAH MARATHON - Mo Farah has been forced to withdraw from Sunday's London marathon due to a hip injury with this latest setback raising doubts over the 39-year-old's future in competitive racing. The four-time Olympic gold medallist was due to run the race for the first time since 2019 after making a return to the track in a failed attempt to compete at last year's Olympics in Tokyo. Ethiopian reigning champion Sisay Lemma and his compatriot Kenenisa Bekele, the second-fastest marathon runner of all time, are among the favourites for the men's race.

TOUR OF CROATIA - In cycling, the Italian rider Jonathan Milan also won the second stage of the Tour of Croatia yesterday. The Luxembourg cyclist Tom Wirtgen was 28th yesterday, and is 85th overall

Starting off with fog, the day will be cloudy and a little rain is possible in the afternoon. The morning's temperatures will start off at 2-4°C, rising to between 10-13°C in the afternoon.