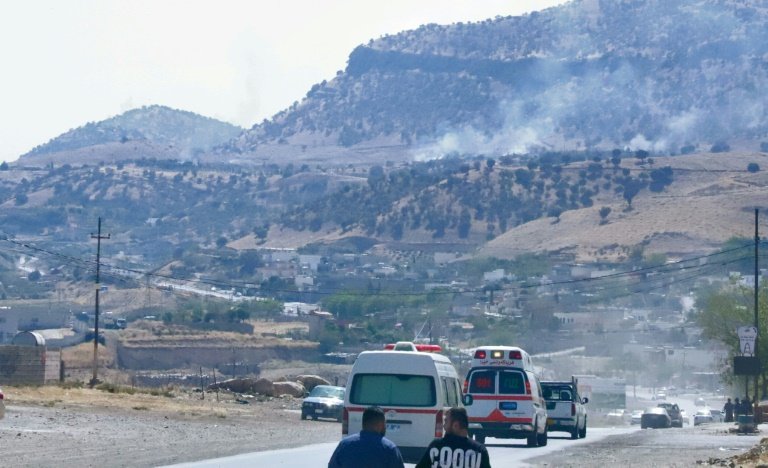 Smoke billows on the horizon in the village of Zrgoiz, 15 kms outside the Iraqi city of Sulaimaniyah, where the bases of several Iranian opposition groups are located, on September 28, 2022 / © AFP

Iran was accused of killing seven people and wounding 28 in cross-border strikes Wednesday against Kurdish factions in Iraq that have deplored an ongoing protest crackdown in the Islamic republic.

Strikes blamed on Iran have hit districts of autonomous Iraqi Kurdistan repeatedly in recent days as Tehran has ramped up its domestic crackdown against protests over the death of Kurdish woman Mahsa Amini in the custody of morality police.

The regional health ministry in Arbil, the capital of Iraqi Kurdistan, said in a statement that the latest strikes killed four people and wounded 14 in the Koysinjaq region, and three were killed and 14 wounded in Sherawa.

"There are civilians among the victims" including one dead, a senior official of autonomous Kurdistan told AFP.

"These cowardly attacks are occurring at a time when the terrorist regime of Iran is unable to crack down on ongoing protests inside and silence the Kurdish and Iranian peoples' civil resistance," the Kurdish Democratic Party of Iran (KDPI) tweeted.

Amini, 22, died in Tehran on September 16, three days after being arrested for allegedly violating the Iran's strict dress code for women.

Her death sparked protests across Iran and a crackdown that has killed at least 76 people in the Islamic republic, according to the Oslo-based group Iran Human Rights.

Wednesday's strikes against the autonomous region of Iraqi Kurdistan prompted the federal government in Iraq to summon Iran's ambassador.

"Rocket diplomacy is a reckless act with devastating consequences," tweeted the UN mission in Iraq. "These attacks need to cease immediately."

The KDPI said it was one of the groups targeted in Wednesday's strikes.

Iran hit its bases and headquarters with "missiles and drones" in Koysinjaq, east of Arbil, it announced in a statement.

In Tehran, state television said that the "Revolutionary Guards targeted the headquarters of several separatist terrorist groups in northern Iraq with missiles and precision-guided attack drones". 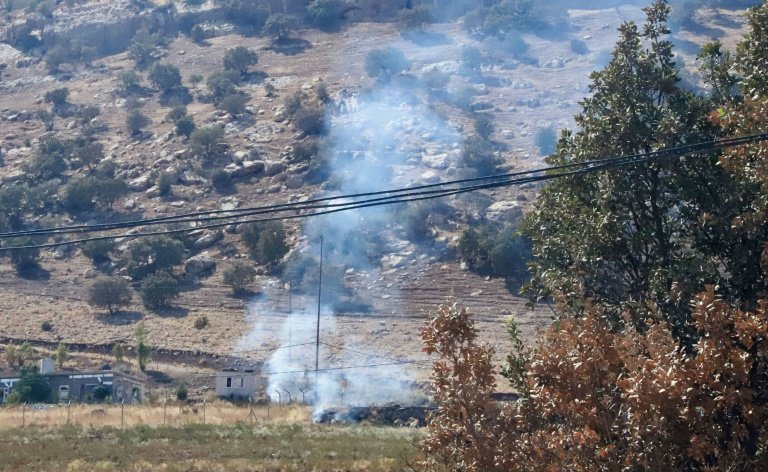 An AFP correspondent in Zargew saw smoke rising from locations hit by those strikes and ambulances were dispatched to the scene.

Residents fled the area, while lightly wounded people were treated by a party, the correspondent added.

"The area where we are has been hit by 10 drone strikes," Atta Nasser, an official from Komala, one of the exiled Iranian Kurdish left-wing parties, told AFP. Iran was behind the strikes, he said.

Sherawa region, south of Arbil, had also been targeted.

"The headquarters of the Kurdistan Freedom Party has been hit by Iranian strikes," Hussein Yazdan, an official from this party, told AFP.

Iran's semi-official Fars news agency has put the protest death toll in Iran at "around 60", including several members of the security forces.

Many cross the border into Iraq to find work, due to a biting economic crisis in Iran driven in large part by US sanctions.