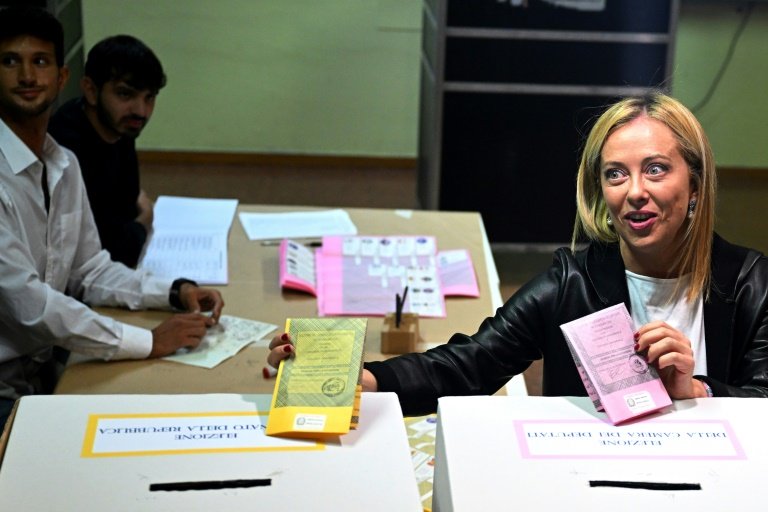 From the Greater Region

INCOME - Households in Luxembourg live on just over € 5,700 per month. This, according to the latest STATEC report. This is after taxes and social contributions. On an individual basis, the average monthly salary was €3,641. Based on these numbers, the poverty threshold for the Grand Duchy sits at €1,982. 17.4% of the population were affected by poverty, according to STATEC.

TRIPARTITE - Another tripartite meeting will take place between the Government and its so-called social partners on Monday. The aviation sector and personnel issues at Luxair will be in focus. Unions are simultaneously organising a protest march, leading from Glacis to the Ministry for Mobility and Public Works in Kirchberg, in support of Luxair staff.

ITALY ELECTIONS - Giorgia Meloni has claimed victory in Italy's election. She is on course to become the country's first female prime minister. Exit Polls showed she could win up to 26% of the vote. Ms Meloni's right-wing alliance is expected to have control of both the Senate and the Chamber of Deputies. They are expected to take over 42% of the senate vote.

IRAN PROTESTS - Iranians defied warnings and took to the streets for a 10th consecutive night last night. They are protesting the death of Mahsa Amini, a young woman who died two Fridays in custody of Iran’s Morality Police. At least 41 people have died since the unrest began.

DEMONSTRATIONS ABROAD - Police clashed with demonstrators trying to reach Iran's embassies in London and Paris on Sunday. French police used tear gas and employed anti-riot tactics to prevent hundreds of people protesting in the capital from marching on the Iranian Embassy. In London, police said they made 12 arrests and five officers were "seriously injured" as demonstrators tried to break through barriers protecting Iran's UK embassy.

US WARNS RUSSIA - The United States has warned Russia privately of "catastrophic" consequences if it uses nuclear weapons as part of the Ukraine invasion. Putin made a thinly veiled threat to use nuclear arms in a speech Wednesday. He had also announced the mobilization of reservists, which sent many fleeing. Secretary of State Antony Blinken confirmed reports yesterday (Sunday) that the US has sent private warnings to Russia to steer clear of nuclear war.

SOUTH KOREA/US NAVAL EXERCISES - South Korea and the US began their first combined naval exercise near the peninsula in five years on Monday. This comes a day after Pyongyang conducted a ballistic missile launch. Washington is Seoul's key security ally and stations about 28,500 troops in South Korea to protect it from the nuclear-armed North. "This exercise was prepared to demonstrate the strong will of the South Korea-US alliance to respond to North Korean provocations," the South's navy said in a statement.

POUND HITS RECORD LOW - The pound hit a record low of $1.10 against the dollar Monday on surging fears about the UK economy after the government unveiled a huge tax-cutting budget. New finance minister Kwasi Kwarteng said he planned to slash taxes to kickstart the British economy, but investors are spooked by the huge amount of borrowing likely needed for the multibillion-pound package.

RED LIONS VICTORIOUS - Luxembourg beat Lithuania 1-0 last night at the Stade de Luxembourg. It has been a great ride so far for Luxembourg, finishing 2nd in the Group with 11 points. However…Turkey lost last night, which means if Luxembourg could have held out last week, it could have been qualifying for the World Cup in 2026.

SUPER BOWL HALFTIME SHOW - And in the US, Superstar Rihanna will headline the Super Bowl halftime show in February. The move marks a long-awaited return to performing for the singer. In recent years she has become a billionaire, parlaying her music achievements into successful makeup, lingerie and high-fashion brands.

We expect strong wind, and on-and-off rain all day. The morning will see localised light showers, and in the afternoon the chance of rain will increase across the country. Temperatures start off at 7-10°C, rising to between 12 and 15°C in the afternoon. For full weather and traffic report, see here.