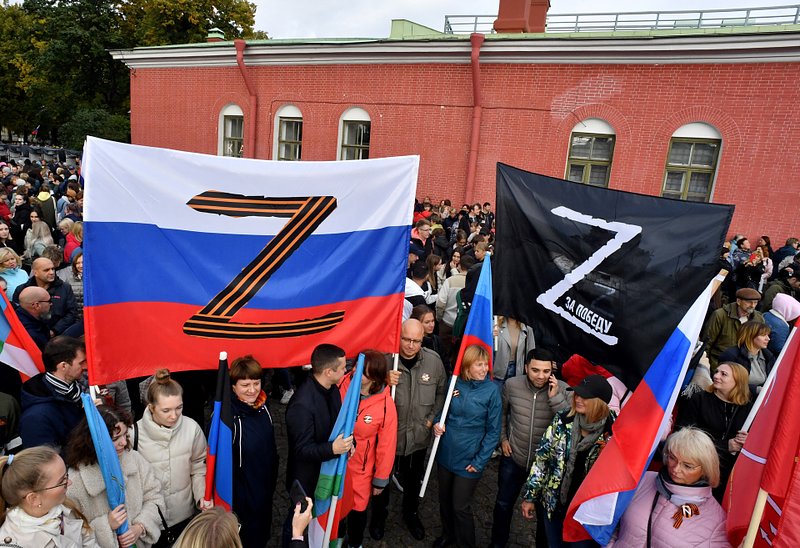 People attend a rally and a concert in support of annexation referendums in Russian-held regions of Ukraine, in Saint Petersburg on September 23, 2022. / © AFP

Russia announced on Saturday the replacement of its highest ranking general in charge of logistics amid a mobilisation drive for the Ukraine military operation that revealed widespread logistical problems.

"Army General Dmitry Bulgakov has been relieved of the post of deputy minister of defence" and will be replaced by Colonel General Mikhail Mizintsev, the defence ministry said on Telegram.

Mizintsev, aged 60, is under British sanctions over his role in the siege of the Ukrainian port city of Mariupol, seized by Russian troops in May.

The military operation -- and recent successes from the Ukrainian army -- laid bare important logistical flaws in the Russian army.

Some analysts even believe logistics are the weak link in the Russian army, causing difficulties since the launch of the offensive.

The partial mobilisation announced in Russia on Wednesday is another logistical challenge for the armed forces.

The hundreds of thousands of reservists coming from all over Russia will need to be called up, equipped and trained, before deployment on the battlefield.