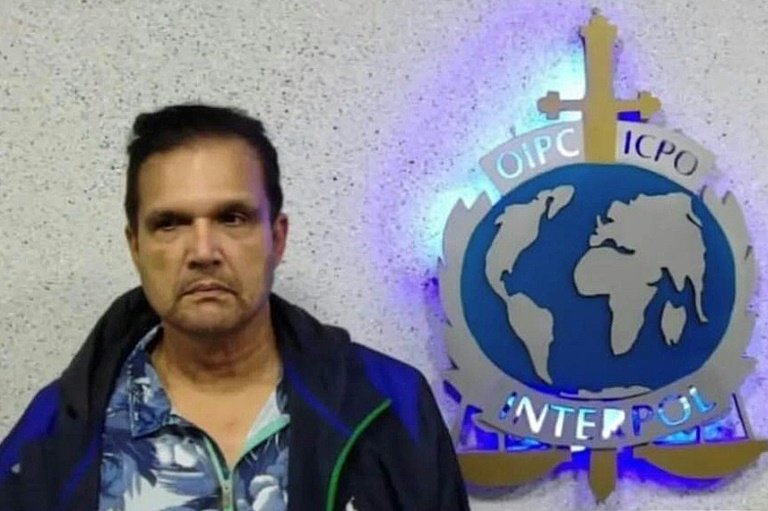 A military contractor known as "Fat Leonard" who pleaded guilty in the US Navy's worst ever corruption scandal has been captured in Venezuela after fleeing the United States, the Interpol office in Caracas said.

Leonard Francis cut off his GPS monitor and escaped house arrest in California in early September.

"The fugitive was arrested at the Simon Bolivar de Maiquetia International Airport when he was about to leave the country," a post shared on Instagram Wednesday by the Caracas Interpol office said.

Leonard "entered the country coming from Mexico with a stop in Cuba" and aimed to travel to Russia, the post said, adding that he was the subject of an Interpol red notice.

Francis, a Malaysian national who ran a military contracting company out of Singapore, pleaded guilty in 2015 to offering some $500,000 in bribes to Navy officers to steer official work to his shipyards, carrying out work on US vessels that prosecutors say he overcharged the Navy for, to the tune of $35 million.

Police were sent to his San Diego residence on September 4 after the agency monitoring his ankle bracelet reported a problem with the device, and found that he was gone, the US Marshals Service said.

Francis was arrested in 2013 and pleaded guilty two years later. He suffered numerous health problems, including kidney cancer, which led to him being released to house arrest in 2018 while acting as a cooperating witness for federal prosecutors.

He was due to be sentenced on September 22.

Four Navy officers have been found guilty in the case so far, while another 29 people, including naval officials, contractors and Francis himself, have pleaded guilty, US media said.