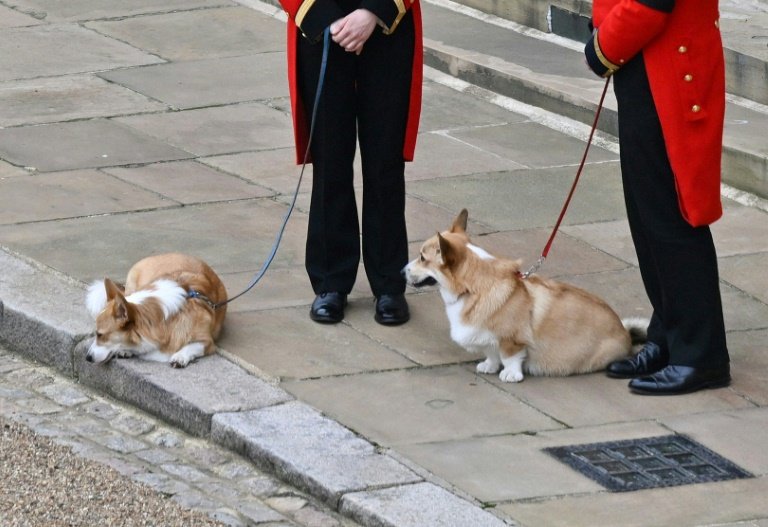 Queen Elizabeth's corgis, Muick and Sandy were at Windsor Castle, where the British monarch was laid to rest / © POOL/AFP

Queen Elizabeth II's beloved corgi dogs and her pony played a part in her funeral on Monday, witnessing the arrival of the late monarch's coffin ahead of her committal service.

Muick and Sandy were brought into the quadrangle on leads when the late sovereign's hearse arrived at Windsor Castle.

The dogs were in the care of two royal pages wearing red frock coats, who stroked the dogs, one of which lay with its head on the ground.

Queen Elizabeth owned more than 30 corgis during her lifetime.

Many of the Welsh herding dogs were descended from Susan, who was given to her in 1944 by her parents as an 18th birthday present.

Meanwhile Emma the Fell Pony, owned by Queen Elizabeth for 26 years, was stood on the grass at the side of the Long Walk -- the approach to Windsor Castle.

The solitary pony was stood in a gap between the hundreds of thousands of floral tributes. 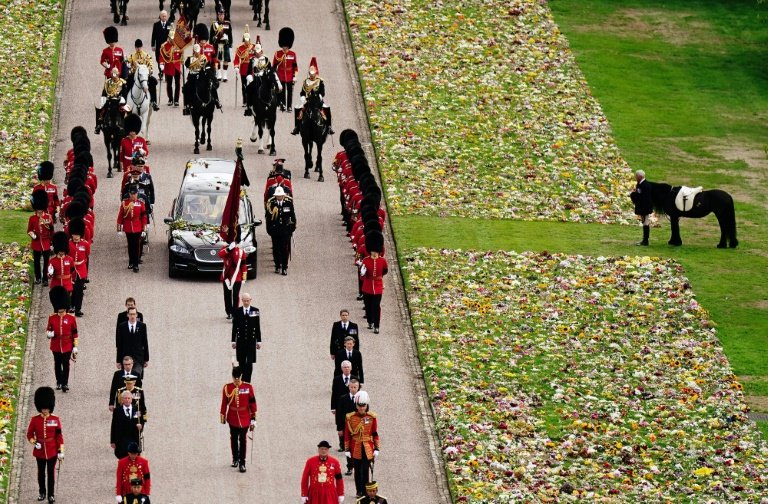 Emma, the monarch's fell pony stands by, as the hearse bearing the coffin of Queen Elizabeth II travels up The Long Walk in Windsor / © POOL/AFP

The black pony's ears twitched and she swished her tail, stomping on the ground twice with one of her front hooves as her late owner's coffin moved past in the state hearse.

The longest-reigning monarch in British history died on September 8 aged 96.

She and her late husband Prince Philip were to be buried privately on Monday next to her parents king George VI and queen Elizabeth, and the ashes of her sister princess Margaret, at St George's Chapel in Windsor Castle.