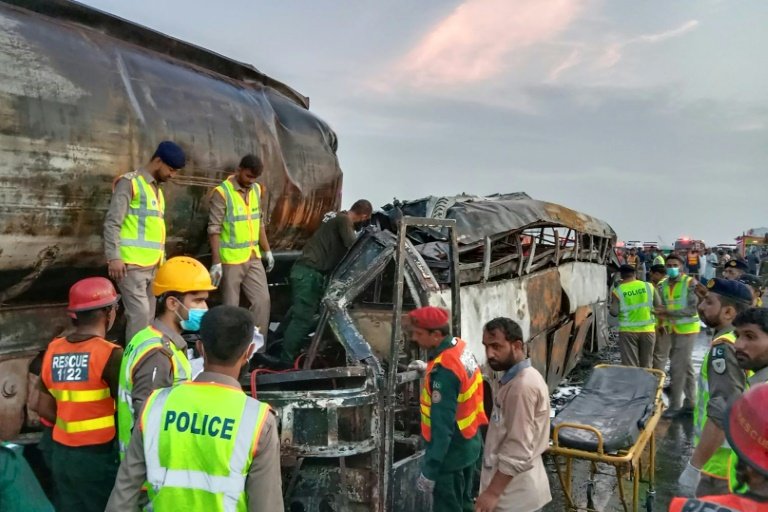 At least 20 people were killed when a bus caught fire after colliding with an oil tanker in Pakistan on Tuesday, police said.

The passengers were a couple of hours into a long journey when their vehicle crashed on the outskirts of the central city of Multan.

Photos of the scene show the burnt-out wreckage of the bus after it smashed into the back of the tanker.

"I can confirm 20 people have been killed in the incident due to the fire," Rao Zulfiqar Ali, a senior police official, told AFP.

Six other people were injured in the incident, he said.

Pakistan has a dismal record of fatal traffic accidents due to poor roads, badly maintained vehicles and reckless driving.

In 2015 at least 62 people were killed in another fiery crash involving a passenger bus and an oil tanker in the southern Sindh province.