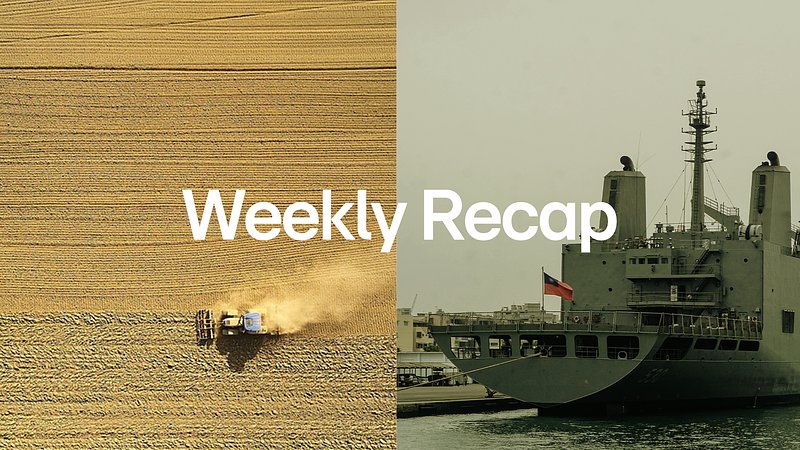 Your Weekly Recap for the Week of Aug 8th to Aug 12th.

We kept the first one short and want to hear from you on how to improve it. Details below.

1. Luxembourg will experience more heatwaves and droughts in the future.

On Monday morning, climatologist Andrew Ferrone was a guest on RTL Radio where he said average temperatures are expected to continue rising until 2050.

He underlined that even if the goal of limiting the world’s temperature rise to 1.5 degrees Celsius is met, heatwaves and periods of droughts will continue to occur. We have a great article showing just how dry Luxembourg is this year compared to last year.

To nobody’s surprise, the year 2022 is expected to be one of the driest years in Luxembourg’s history, according to the Water Management Authority which further underlines that isolated rainfalls and storms are unlikely to change much about the situation.

2. Tram expansion plans for the City are facing opposition

The Friends of the Fortress’ History association expressed their opposition at plans to expand the tram network towards Boulevard Royal from Glacis, citing heritage concerns, and the Natur & Ëmwelt association warned against the removal of trees to make space for it.

Relevant: Luxembourg plans to have 4 tram lines by 2035.

Also in public infrastructure: get ready for disruption on the A1, as roadworks begin on Aug 18 between Wasserbillig and Mertert.

3. Taiwan is preparing for a possible invasion by China

Taiwan has been holding live-fire drills in response to Chinese military exercises around the democratic self-ruled island. Beijing has been raging at a trip to Taiwan last week by US House Speaker Nancy Pelosi staging days of air and sea drills that have raised tensions to their highest level in years.

China on Wednesday vowed zero tolerance for what it calls "separatist activities" in Taiwan and reaffirmed that it would take the self-ruled island by force if necessary.

Related: Taiwan is the second largest producer of semiconductors, after China - together they produce almost half the world’s chips that we use in almost all modern tech, on Tuesday Joe Biden signed a bill boosting domestic production as US leaders fear the supply chain being dominated by China.

4. Avoiding a Nuclear Disaster in Ukraine and a Global Food Crisis

Strikes near a Ukrainian nuclear plant killed 14 civilians as the G7 condemned the attack. Each side blamed each other for the fighting near the nuclear facility, as the International Energy Agency warned of the very real risk of a nuclear disaster.

Meanwhile in Crimea, the region annexed by Russia in 2014, Ukraine hit Saki Air Base destroying 10 combat aircraft. The attack was confirmed by President Zelensky in his nightly address on Wednesday.

NATO: President Biden signed the US ratification of bids by Finland and Sweden to join NATO.

Trump’s Florida residence was searched by the FBI on Monday, creating a political firestorm in the US and on Wednesday, Trump declined to answer questions under oath about alleged fraud at his family business, choosing to invoke the Fifth Amendment. Yesterday, Attorney General Merrick Garland said he had "personally approved" the search at Mar-a-Lago.

Update: The warrant explaining the reasons for the Mar-a-Lago FBI raid will be made public.

Giorgia Meloni, leader of the far-right Brothers of Italy, is bringing her party closer to victoryin the September Italian elections, which are expected to bring Berlusconi back into government as well, and has called fascism history, in a video message aimed at her international critics.

For more on these stories, and to keep up with the latest news, head to our News section.

From clashes in Gaza and the West Bank, to Luxembourg’s overwhelmed animal shelters, a lot has happened this week; help us shape the future of this Weekly Recap:

Your Weekly Recap is published every Friday morning.