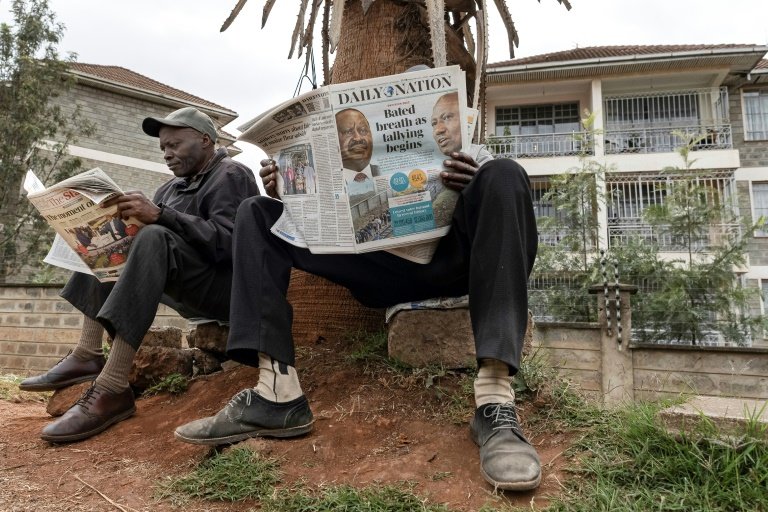 Kenyans on Wednesday were waiting for the results of the country's presidential election after a largely peaceful poll, with preliminary results on television suggesting a tight race as low turnout pointed to growing frustration with the political elite.

Deputy President William Ruto and Raila Odinga, the veteran opposition leader now backed by the ruling party, have vowed to maintain calm following Tuesday's poll, but the memory of past election-related violence remains fresh for many Kenyans.

With pressure building on the Independent Electoral and Boundaries Commission (IEBC), which has to declare the results by August 16, officials worked overnight to count votes under the watchful eye of observers. 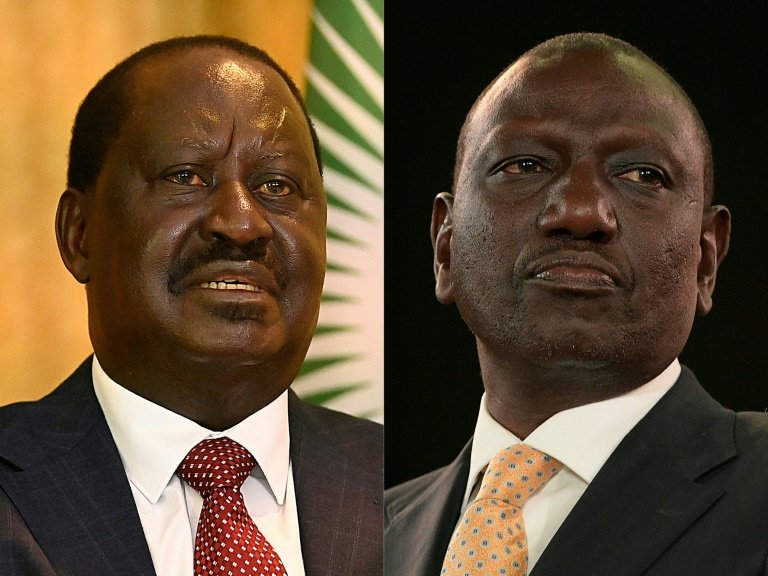 The complicated process of verifying and tallying votes is expected to take days, and IEBC chairman Wafula Chebukati urged Kenyans to be patient, keen to avoid rigging allegations that have haunted previous polls.

Kenyans, some of whom lined up before dawn to cast their ballot, voted in six elections on Tuesday, choosing a new president as well as senators, governors, lawmakers, woman representatives and some 1,500 county officials.

But despite the early show of enthusiasm, turnout was markedly lower than in previous years, suggesting that for some Kenyans at least, patience with the political establishment was running out. 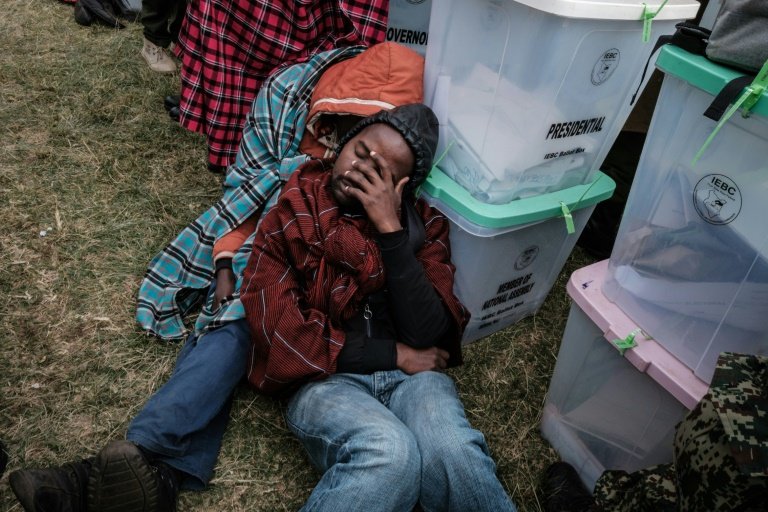 "People did not turn out... as compared to the past because there have been fake promises" over the years, he said.

According to the latest IEBC figures, turnout was just over 65 percent, with voting still under way in Wajir county, where a gunfight forced officials to postpone the poll until Wednesday.

That compares with a final turnout of 78 percent in the disputed August 2017 election.

"Most of our youth, they are only good at participating in political rallies, but they don't participate in the actual voting process," the 65-year-old told AFP.

"Personally, I did not even vote because I no longer care," said Caroline Mwangi, a 31-year-old waitress in Kenya's capital Nairobi.

Politicians "tell the same old stories and they do nothing for us," she told AFP. 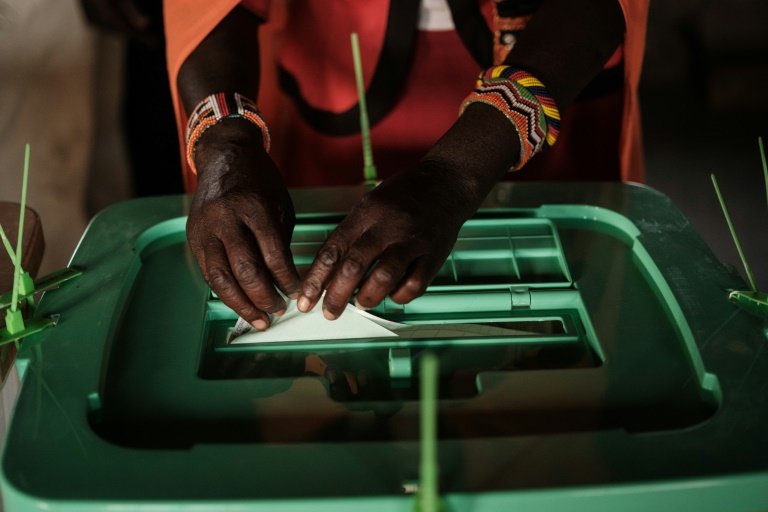 Others said they just wanted the election cycle to end so they could focus on putting food on the table in a country hit by skyrocketing inflation and an unemployment crisis.

"The election was done yesterday, I am not interested in wasting more time on it," Celestine Muoki, a 28-year-old IT specialist, told AFP.

Gabrielle Lynch, professor of comparative politics at the University of Warwick in England, said the shrinking turnout was a consequence of politicians' tendency to "promise a lot and then under-deliver".

"Many Kenyans are... becoming unfortunately increasingly sceptical about the political class," she told AFP. 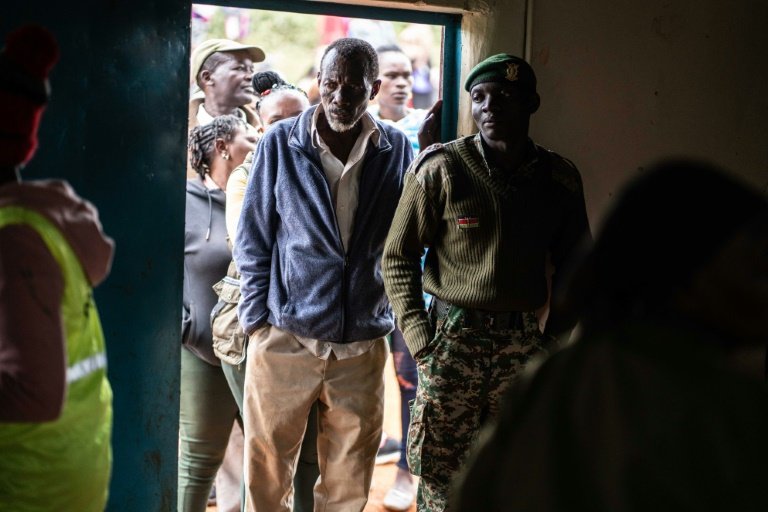 Few Kenyans expect either Ruto or Odinga to accept the result without a challenge in a country where no presidential election outcome has gone uncontested since 2002.

Once the heir-apparent, Ruto, 55, found himself banished to the sidelines after President Uhuru Kenyatta -- who cannot run again -- joined hands with his former foe Odinga, 77, in a move that stunned the country.

Ruto has since cast himself as the champion of "hustlers" trying to survive in a country ruled by "dynasties" -- the Kenyatta and Odinga families that have dominated Kenyan politics since independence from Britain in 1963.

With a third of Kenya's population living in poverty, economic pressures weighed on voters even before the war in Ukraine sent the prices of essential goods soaring. 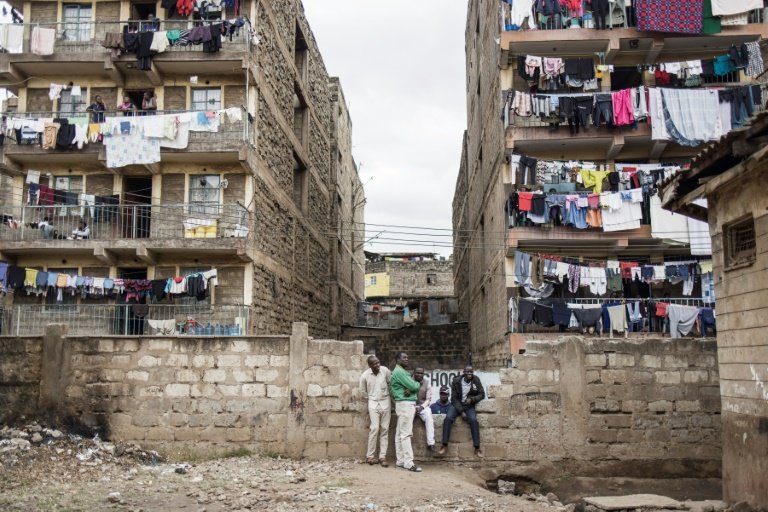 Some observers surmised that the economy could even surpass tribal affiliations as a key motivator for Kenya's 22 million registered voters.

With two other candidates also in the race, Kenya could stage a run-off for the first time in its history, if neither Ruto nor Odinga wins more than 50 percent of the vote.

Kenya's international partners are closely watching the election as a test of its stability in a region blighted by conflict.

Security is tight nationwide, with a view to preventing a repeat of the post-election violence that roiled Kenya after the 2007 and 2017 polls, and schools have been ordered to remain closed until Monday.

In deserted downtown Nairobi, Japeth Kigongi, a 25-year-old shoe shiner, told AFP he couldn't even afford to travel to his home constituency to vote.

"Whoever will be chosen, I will back him so long as there's peace."