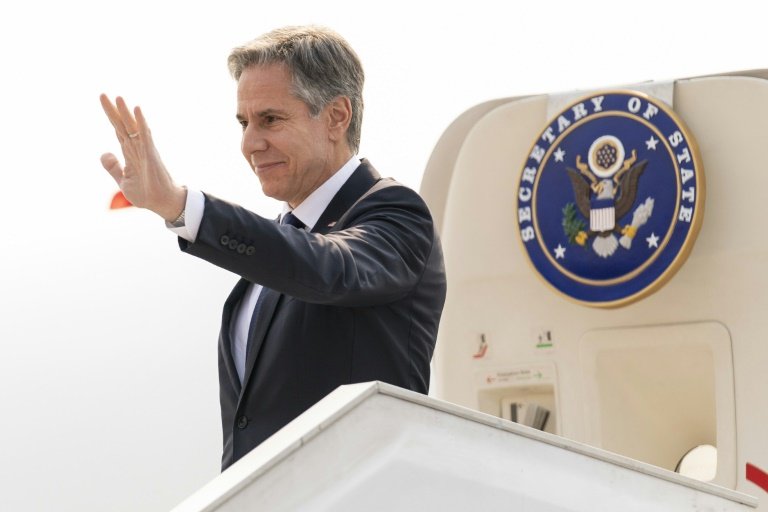 Blinken arrived from South Africa, where he said the United States was seeking a 'true partnership' with Africa / © POOL/AFP

Secretary of State Antony Blinken on Tuesday said the United States was "concerned" by "credible" reports that Rwanda is supporting rebels in eastern Democratic Republic of Congo.

The resurgence of the M23 group in Congo's restive east has exacerbated tensions between the neighbours, with Kinshasa accusing Kigali of backing the rebels.

Blinken was speaking in the Congolese capital Kinshasa, where he arrived on Tuesday for the second leg of a three-nation African tour and met President Felix Tshisekedi.

Rwanda has denied the allegations and Blinken is due to visit the country following a one-day stay in the DRC.

"We are very concerned by credible reports that Rwanda has supported the M23," the top US diplomat told a press conference in Kinshasa.

"All countries have to respect their neighbours' territorial integrity. Any entry of foreign forces into the DRC must be done transparently and with the consent of the DRC."

Blinken added that he was "not turning a blind eye" and would discuss the issue with Rwandan President Paul Kagame.

He said his trip to the region was to ensure US support for mediation efforts led by Angola and Kenya "to prevent further violence, to end conflict (and) to preserve the territorial integrity of the DRC".

He spoke after visiting South Africa on Monday, where he said the United States was seeking a "true partnership" with Africa.

The DRC is seeking international support as it struggles with Rwanda over the M23, a primarily Congolese Tutsi group that is one of many operating in the troubled east.

After lying mostly dormant for years, the rebels resumed fighting late last year, seizing the strategic town of Bunagana on the Ugandan border in June and prompting thousands of people to flee their homes. 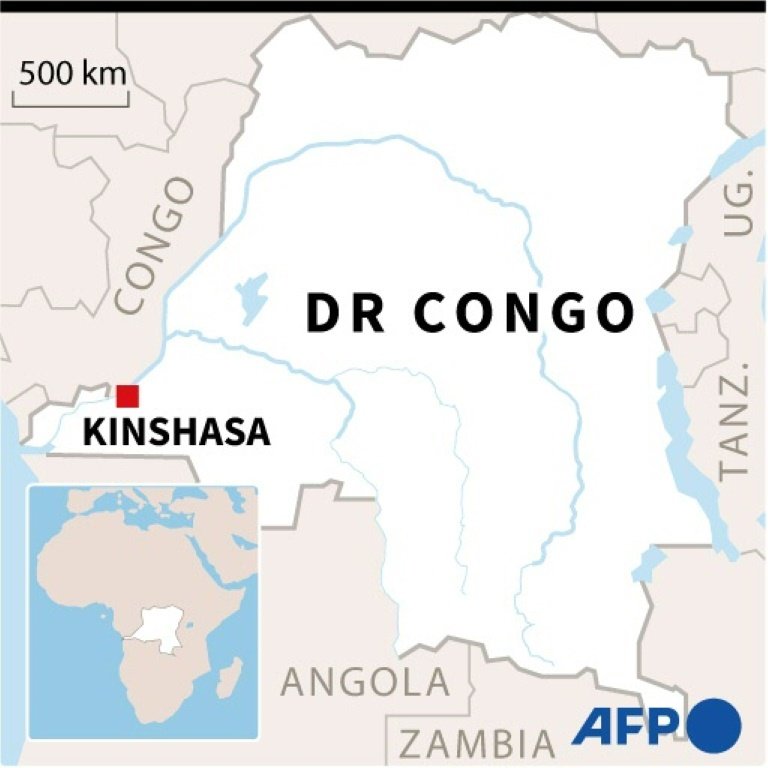 In a 131-page report to the UN Security Council seen last week by AFP, experts said Rwandan troops had intervened militarily inside the DRC since at least November.

"We demand the Security Council publish (this) report in its entirety," he said.

Kinshasa and Kigali have had strained relations since the mass influx of Rwandan Hutus accused of slaughtering Tutsis during the 1994 Rwanda genocide.

Relations began to thaw after Tshisekedi took office in 2019 but the M23's resurgence has revived tensions.

The group, also known as the "March 23 Movement", first leapt to prominence in 2012 when it briefly captured the city of Goma before a joint Congolese-UN offensive drove it out.

Kenyan President Uhuru Kenyatta has led an initiative to disarm the active rebel groups, while Angolan counterpart Joao Lourenco has worked to ease tensions between Kinshasa and Kigali.

Blinken arrived in Kinshasa from South Africa, where he said the United States was seeking a "true partnership" with Africa and was not vying with other powers for influence on the continent. 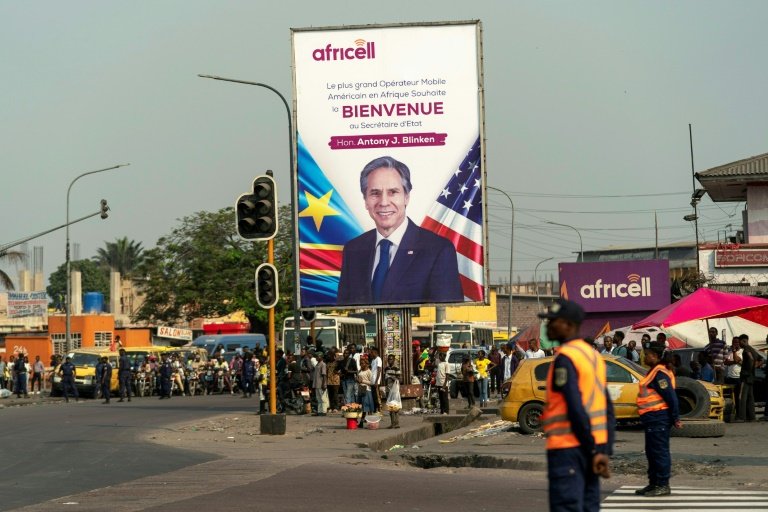 Blinken was speaking in the Congolese capital Kinshasa, where he arrived on Tuesday / © POOL/AFP

Tshisekedi was to "raise the questions of strategic partnership" between the DRC and the United States during his meeting with Blinken at the presidential palace, his office said in a statement Monday.

On the eve of Blinken's swing through the DRC and Rwanda, Human Rights Watch (HRW) urged him to condemn the M23 attacks and press Rwanda on its rights record, which included a "brutal" crackdown on dissent.

"As in 2012, the M23 are committing war crimes against civilians," said a HRW statement.

"Witnesses described summary killings of at least 29 people, including children, in June and July... The US should raise with Rwanda the reliable reports that it is again supporting the M23's abusive conduct in eastern Congo."

The M23 is just one of scores of armed groups that roam eastern DRC, many of them a legacy of two regional wars that flared late last century.

One of the bloodiest militias is the Allied Democratic Forces (ADF) -- an organisation the Islamic State group describes as its "Central Africa Province" affiliate.

The US State Department placed the ADF on its list of IS-linked "terrorist" organisations in March 2021.