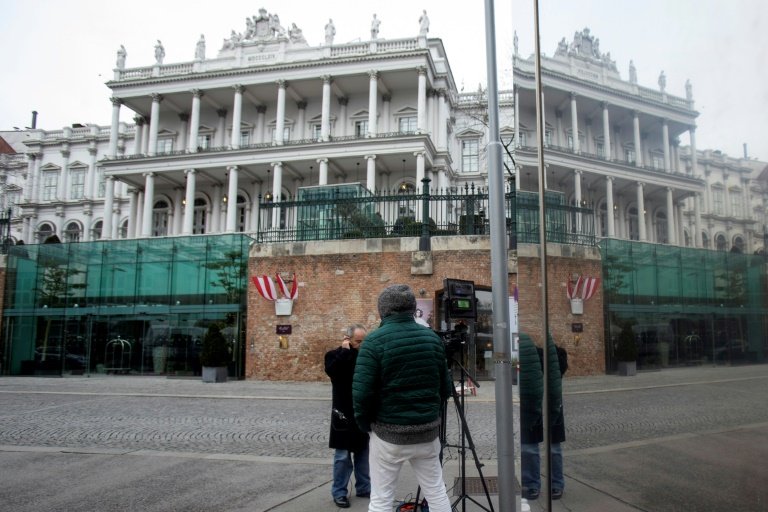 Representatives from Britain, China, France, Germany, Iran and Russia have been meeting at Vienna's Hotel Palais Coburg -- seen here in December 2021 -- to negotiate a revival of the 2015 nuclear deal / © AFP/File

The European Union submitted a "final text" at talks to salvage a 2015 deal aimed at reining in Iran's nuclear ambitions and Tehran said Monday it was reviewing the proposals.

Britain, China, France, Germany, Iran and Russia, as well as the United States indirectly, resumed talks on Thursday in Vienna, months after they had stalled.

The European Union has submitted a "final text", a European official said on Monday. "We worked for four days and today the text is on the table," the official told reporters on condition of anonymity.

"The negotiation is finished, it's the final text... and it will not be renegotiated."

"Now the ball is in the court of the capitals and we will see what happens," the European official added. "No one is staying in Vienna."

The official said he hoped to see the "quality" text accepted "within weeks".

Iran said it was examining the 25-page document.

"As soon as we received these ideas, we conveyed our initial response and considerations," state news agency IRNA quoted an unnamed foreign ministry official as saying.

"But naturally, these items require a comprehensive review, and we will convey our additional views and considerations."

Iranian sources have suggested a key sticking point has been a probe by the International Atomic Energy Agency (IAEA) on traces of nuclear material found at undeclared Iranian sites.

"That has nothing to do with" the Joint Comprehensive Plan of Action (JCPOA) agreement of 2015, the European official said.

"I hope Iran and the IAEA will reach an agreement because that will facilitate a lot of things." 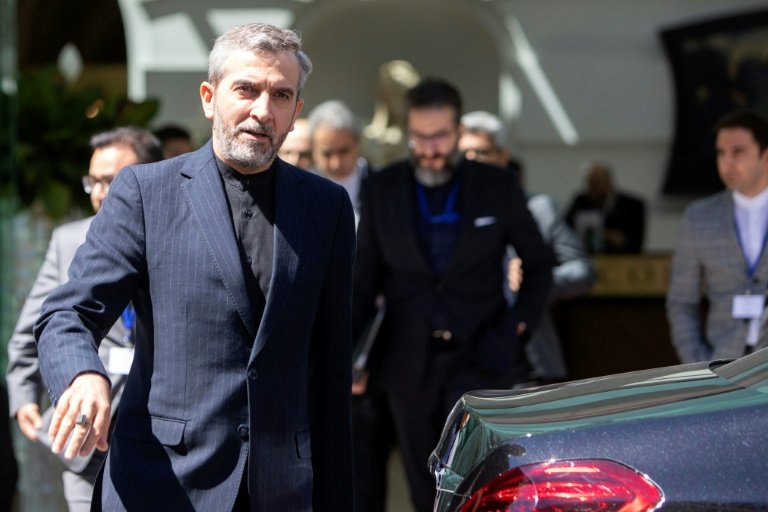 Iran's chief nuclear negotiator Ali Bagheri Kani leaves after talks at the Coburg Palais, the venue of the Joint Comprehensive Plan of Action (JCPOA) negotiations in Vienna on August 4, 2022 / © AFP/File

The UN agency's board of governors adopted a resolution in June, censuring Iran for failing to adequately explain the previous discovery of traces of enriched uranium at three previously undeclared sites.

"We believe that the agency should completely resolve the remaining safeguard issues from a technical route by distancing itself from irrelevant and unconstructive political issues, Iran's foreign minister Hossein Amir-Abdollahian said on Sunday.

Kelsey Davenport, an expert at the Arms Control Association, warned against abandoning the IAEA probe in a bid to revive the JCPOA, which she called "the most effective way to verifiably block Iran's pathways to nuclear weapons".

If the United States and the other signatories to the 2015 deal do not support the UN body, it will "undermine the agency's mandate" and broader non-proliferation goals, she wrote on Twitter.

The EU-coordinated negotiations to revive the JCPOA began in April 2021 before coming to a standstill in March.

The 2015 accord gave Iran sanctions relief in exchange for curbs on its atomic programme to guarantee Tehran could not develop a nuclear weapon -- something it has always denied wanting to do.

But the unilateral withdrawal of the United States from the deal under president Donald Trump in 2018 and the reimposition of biting economic sanctions prompted Iran to begin rolling back on its own commitments.