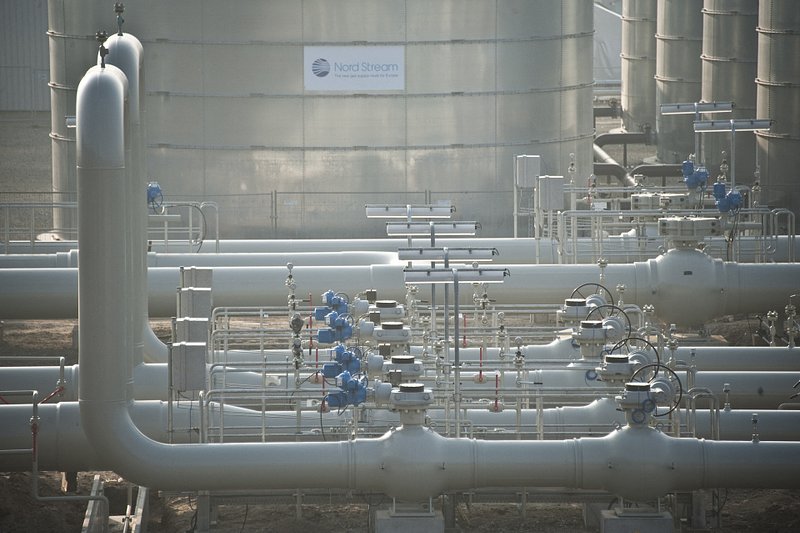 EU sanctions against Russia do nothing to prevent the delivery of pipeline turbine, an EU spokesman said Friday, accusing Moscow of fabricating an excuse to cut off gas supplies.

But Eric Mamer, spokesman for the European Commission, dismissed this and accused Moscow of using energy supplies as a lever to blackmail Europe over its opposition to the invasion of Ukraine.

"There is nothing in the sanctions that prohibits the turbine, the Siemens turbine that is currently meant to go to Russia, to go there," Mamer told reporters.

"Anything else that is being said on the issue is purely and simply wrong ... and anything that the Russians are saying on this is basically an excuse not to not to provide gas to the European Union."

Earlier this week, Germany's Chancellor Olaf Scholz accused Russia of blocking the delivery of the key turbine to throttle gas supplies to Europe.

But Gazprom said the delivery was impossible, because of "sanctions regimes in Canada, in the European Union and in Britain".

Gazprom has already blamed an initial reduction in gas deliveries via the Nord Stream 1 gas pipeline in June, on a delayed return of the turbine from Canada, where the unit was being serviced.

It is now in Germany, but the firm is still insisting it needs a sanctions waiver to accept its return.

Mamer, citing previous comments by European Commission chief Ursula von der Leyen, said "of course there is blackmail on the side of Russia when it comes to the supply of energy to the European Union."

The European economy, and in particular Germany's energy and chemicals industries, is highly dependent on deliveries of natural gas from Russian fields.

Many other Russian exports and imports have fallen foul of EU sanctions since Moscow launched its invasion of Ukraine in February.

But Berlin and Brussels are keen to keep Russian gas flowing, even if EU capitals have spent hundreds of millions of euros per week on Russian energy since the start of fighting.

Gazprom, however, has slashed supplies of gas, arguing that its Nord Stream 1 pipeline to Germany can not run at full capacity until the refurbished turbine is returned.

A European Union plan to cut gas use and help Germany wean itself off dependency on Russia will come into effect early next week, the bloc's presidency said Friday.

Last week, EU member states agreed to reduce their use of gas by 15 percent over the winter, with exceptions for some countries and despite opposition from Hungary.

Officials have since been working on the legal texts of the plan, which will be voluntary unless the member states agree to give the European Commission emergency powers.

The EU's rotating presidency, held by the Czech Republic, announced Friday the Council of the European Union -- which represents member states -- had formally adopted the plan.

"The text will be published in the Official Journal at the beginning of next week and will enter into force one day after the publication," the presidency said.

A diplomatic source told AFP that publication would take place on Monday and the plan would come into effect on Tuesday.

The plan for all member states to cut gas use is designed to combat rising prices and lower the pressure on member states like Germany which are struggling to find alternative energy sources.