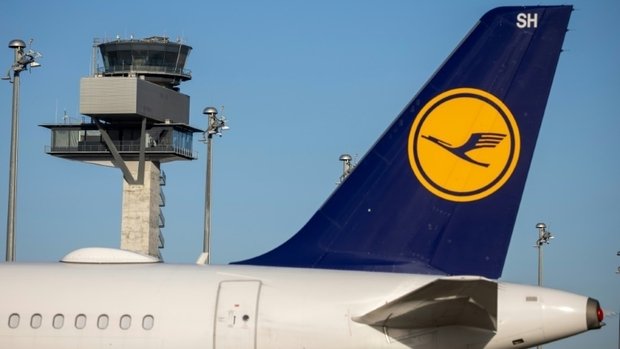 In the middle of the vacation period, another chaos announced itself at Germany's major airports: service union Verdi called for Lufthansa's ground workers to go on an all-day warning strike, which is to take place nationwide.

The warning strike is scheduled to start at 3.45am on Wednesday morning and is supposed to last until 6pm. Serial cancellations and delays are likely to occur, warned Verdi. Airline Lufthansa criticised the walkout as a "significant and unnecessary burden" for both passenger and employees.

The strike call directed itself at Lufthansa workers nationwide, namely in Frankfurt am Main, Dusseldorf, Cologne, Hamburg, Munich, and Berlin. The ground workers are responsible for passengers, baggage and cargo handling, plane maintenance and positioning.

The reason for the strike call is the faltering collective bargaining for the rounded-up 20,000 workers of the Lufthansa in the ground area. The current offer from the employers' side was refuted and considered "insufficient" by the affected employees, explained Verdi.

The labour union wanted to "heighten the pressure on the employer" with the warning strike, arguing that they need to see a "clearly improved, finalising offer" in the next round of negotiations.

Christine Behle, negotiation supervisor for Verdi, explained that the situation at the airports is at risk of escalating. The overload of work due to significant staff shortages, high inflation, and a three-year wage waiver has put employees under an increasing amount of pressure, explained the spokesperson.

The difficult situation for the employees was "caused by mismanagement in particular", criticised Behle. The workers "desperately need more money, and they need relief – for them themselves and for the passengers".

Verdi demands a 9.5% salary increase for twelve-month work contracts, and a minimum wage of €13. Lufthansa laid down an offer of fixed amounts and a component depending on the business development with a run time of 18 months. According to the company, this means an increase of 9% to almost 11% within the next twelve months for employees with a monthly basic salary of €3,000 (gross).

The airline reacted with incomprehension to the strike call of the labor union. As a result of its duration, this strike could "barely even still be called a strike", criticised human resources director Michael Niggemann.

The next round of negotiations will take place from 3 to 4 August in Frankfurt am Main.