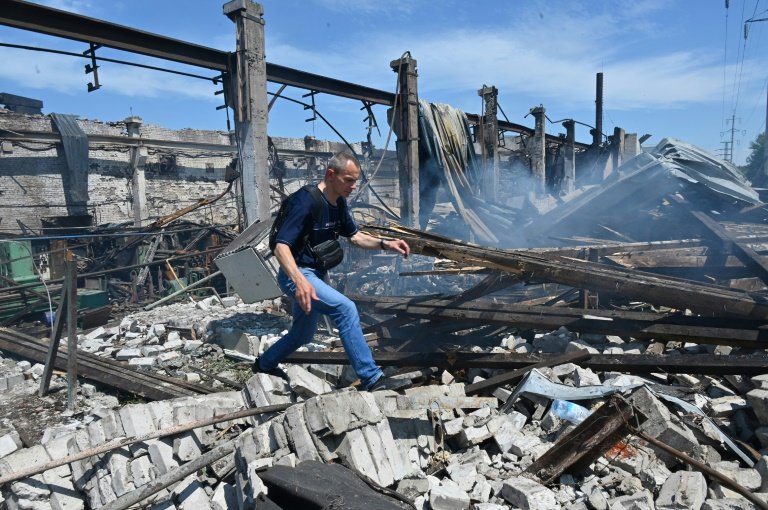 Russian forces have retreated from Snake Island, a Ukrainian outcrop in the Black Sea, but continue to bombard mainland targets / © AFP

Ukraine's army accuses Russia of carrying out strikes using incendiary phosphorus munitions on Snake Island, just a day after Moscow withdraws its forces from the rocky outcrop in the Black Sea.

A day before, the Russian defence ministry described the retreat as "a gesture of goodwill" meant to demonstrate that Moscow will not interfere with UN efforts to organise protected grain exports from Ukraine.

A strategic target, Snake Island sits aside shipping lanes near Odessa port. Russia had attempted to install missile and air defence batteries while under fire from drones.

Britain's Ministry of Defence says in an intelligence update that Russia has highly likely withdrawn "owing to the isolation of the garrison and its increasing vulnerability to Ukrainian strikes, rather than as a 'gesture of good will', as it has claimed."

The strikes come a day after Russian troops abandoned positions on the strategic Snake Island off the coast of Odessa.

Early Friday, the missiles hit a nine-storey apartment building and a recreation centre in Serhiivka about 80 kilometres (50 miles) south of Odessa.

Two children were among the dead and six others among the injured, officials say.

Germany condemns the attack as "inhuman and cynical."

Zelensky accuses Russia of engaging in state "terror" as he blames Moscow for missile strikes on a southern resort town that left 21 dead and dozens wounded.

- More missiles, ammo for Ukraine: US -

The Pentagon announces $820 million in additional weapons and ammunition for Ukraine as it battles Russian forces along the eastern and southern fronts.

The 14th package of armaments for Ukraine forces includes two air defence systems, more ammunition for the Himars precision rocket launchers the US began supplying in June, up to 150,000 rounds of 155mm artillery ammunition, and four additional counter-artillery radars.

The 10 billion Norwegian crowns (960 million euros, $1 billion), which is in addition to previous aid announced by Norway, is for "humanitarian aid, reconstruction of the country, weapons and support for the functioning of the Ukrainian authorities", the Norwegian government says in a statement.

Ukraine has asked Turkey to detain a Russian-flagged cargo ship that Kyiv alleged had set off from a Kremlin-occupied port.

"Based on instruction from the Ukrainian general prosecutor, we asked the Turkish side to take corresponding measures," Ambassador Vasyl Bodnar says on Twitter.

"I am convinced that (Turkish) measures will prevent attempts to violate Ukraine's sovereignty," he says.

The Marinetraffic.com website says the 140-metre (460-foot) general cargo vessel is sailing under the Russian flag.

Capturing the city would allow the Russians to push deeper in the industrial Donbas, which has become the focus of their offensive since failing to capture Kyiv after their February 24 invasion.

Four people also died and three were wounded in shelling in Izium and Chuguiv, two districts of the northeastern Kharkiv region in the last 24 hours, Oleg Synegubov, Kharkiv chief of district, says on Telegram.