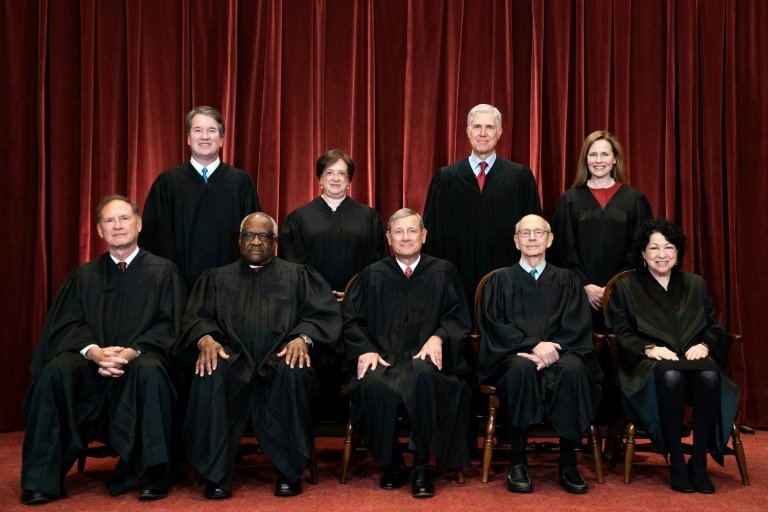 Behind the sharply crafted decisions of the US Supreme Court, which completed a tumultuous term on Thursday, are nine brilliant legal minds, each with strong convictions that can lead to decisions which profoundly shape American society.

Here is a look at the nine justices serving lifetime appointments on America's highest court: 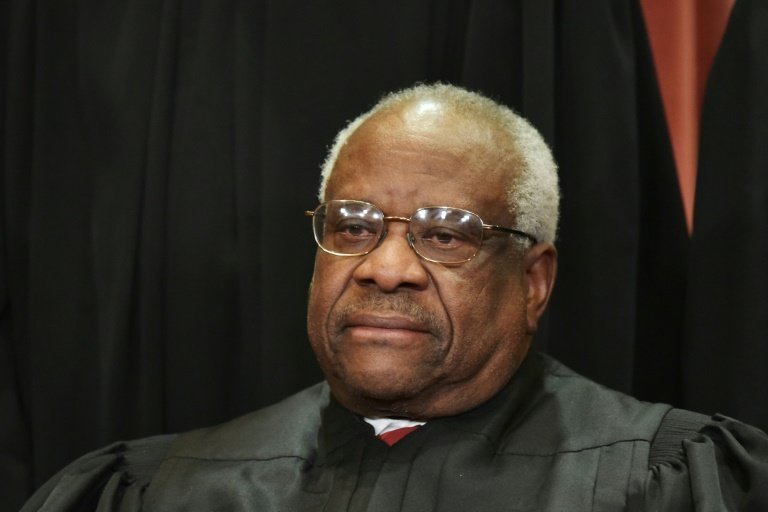 At 74, Clarence Thomas has for years been the court's only African-American -- he will be joined next term by Ketanji Brown Jackson.

After 31 years, he is its longest serving member -- and its most conservative.

Chosen for the court in 1991, he was confirmed despite explosive allegations made in televised hearings that he had sexually harassed a former assistant, Anita Hill. He stridently denied her charges, calling the experience a "high-tech lynching."

For years, Thomas's deep conservatism consigned him to the court's minority.

But he is enjoying a bit of a renaissance since former president Donald Trump named three more right-leaning justices.

Last week, Thomas demonstrated that feeling when he authored a major decision which said Americans had the right to carry guns outside of their homes, despite the public favoring more gun regulations.

He was also an anchor of the majority that ruled that the US constitution does not guarantee the right to abortion, setting off bans on the procedure in many states.

Even then, he went much further than his fellow conservative justices, saying he thought the court should review the rights to contraception or same-sex marriage.

US media have revealed his wife Ginni took part in Trump-led efforts to illegally overturn the results of the November 2020 election.

Despite his wife's involvement, Thomas did not recuse himself when Trump's lawyers asked the Supreme Court to shield Trump documents from investigation. Instead, Thomas was the sole justice to support the petition. 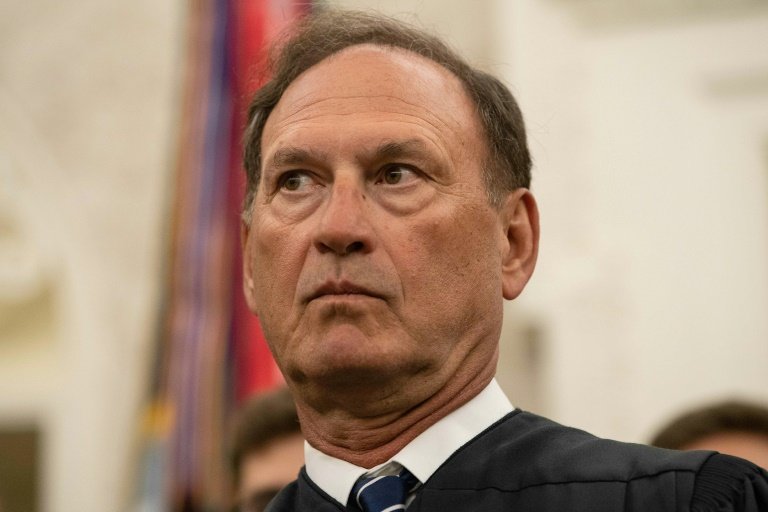 Samuel Alito, 72 and on the court since 2006, is only slightly less conservative than Thomas, but is sharply acerbic in his views, both during hearings and in his written opinions.

In the court's most earth-shattering ruling in June, Alito didn't hedge his words, saying the 1973 Roe v. Wade decision that declared women had guaranteed rights to abortion was "egregiously wrong."

The Roe decision -- made of course by nine other Supreme Court justices -- lacked "any grounding in the constitutional text, history, or precedent," he said. 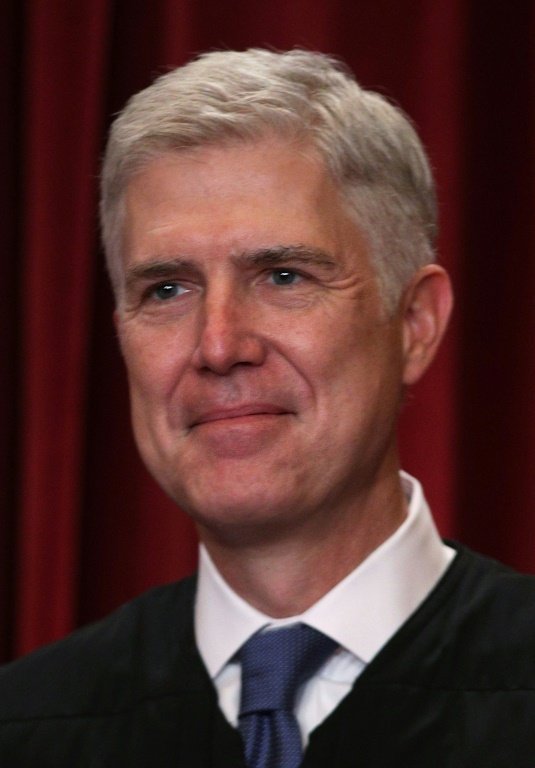 As soon as he arrived at the White House in January 2017, Trump nominated Neil Gorsuch to the Supreme Court, praising his impeccable record as a conservative.

With his deep voice and neatly coiffed hair, the 54-year-old has adhered to expectations, aligning with other conservatives, though with one notable exception: in 2020, he brought together the court's liberals to defend LGBTQ people against workplace discrimination.

Contradicting his fellow conservatives, he said the 1964 Civil Rights Act, which outlawed discrimination based on race, religion, sex or national origin, also bans discrimination on the basis of sexual orientation.

Gorsuch has also sided with liberals in defending the rights of Native Americans under treaties signed with the US government that were later frequently ignored or violated. 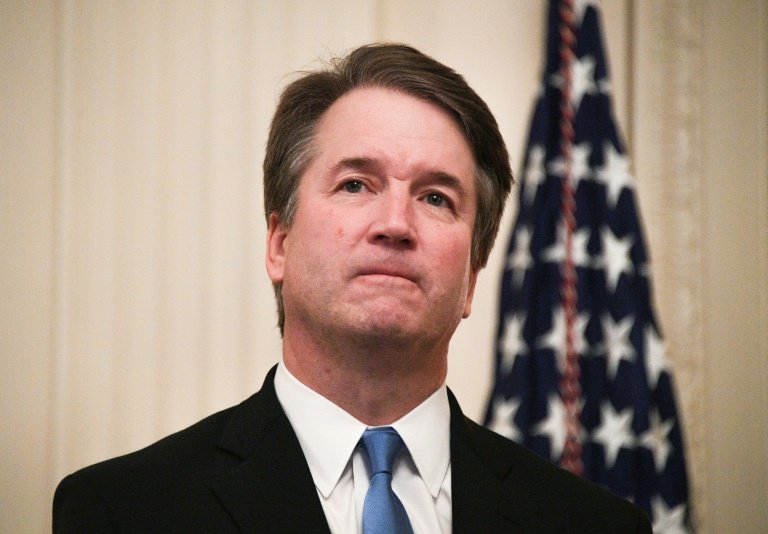 Brett Kavanaugh, 57, is the second justice named by Trump.

He entered the court in 2018 tainted by accusations that he committed sexual assault as a young man -- claims he vigorously denied during his confirmation hearings, but which have followed him in his first years on the bench.

He has generally sided with the conservative bloc on rulings, but frequently adds his own arguments and interpretation to add legal nuances. 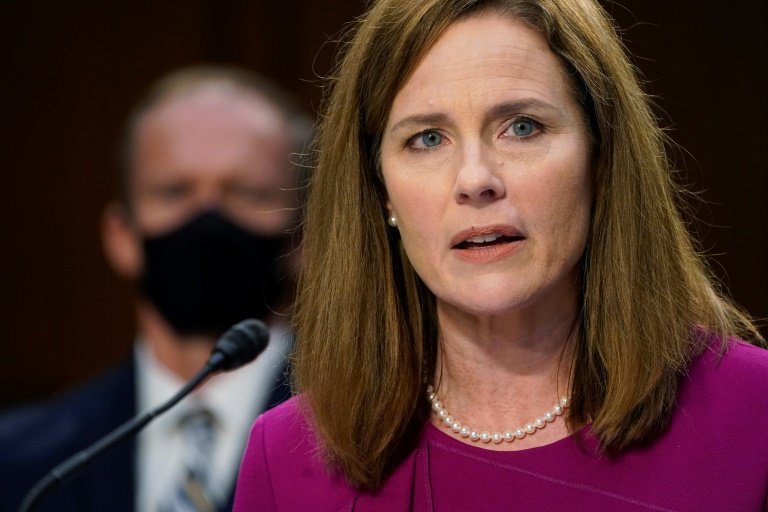 The death of liberal feminist champion Ruth Bader Ginsburg opened the door for Trump to appoint a third justice, and he chose another woman.

But Amy Coney Barrett hews to the right as much as Ginsburg did left, and solidified the conservatives' 6-3 majority on the court.

The fervent Catholic, 50, is the mother of seven children and brings a commitment to both the legal views of American religious conservatives and the "power of prayer." 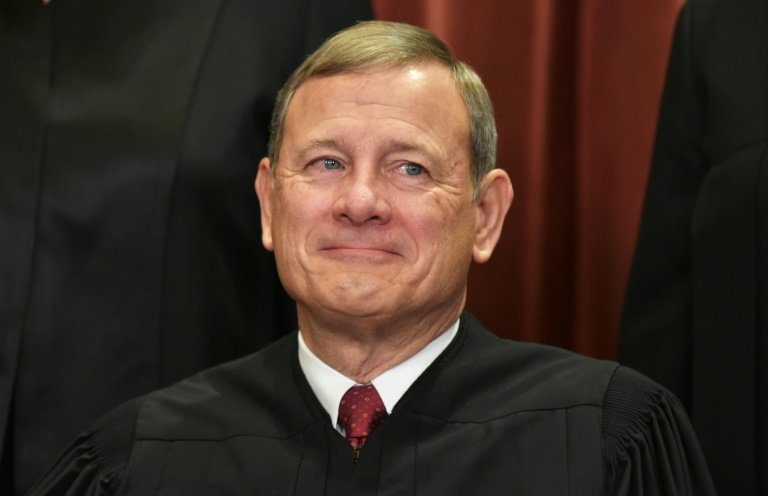 John Roberts, 67, is chief justice of the court, a position that should allow him to set its direction by arbitrating any deep divides among justices to avoid sharp turns in jurisprudence.

But now that the conservative wing dominates the court even without his support, his power has been neutralized.

But, as the decision to overturn abortion rights showed, the five others can now ignore the less radical path he often offers. 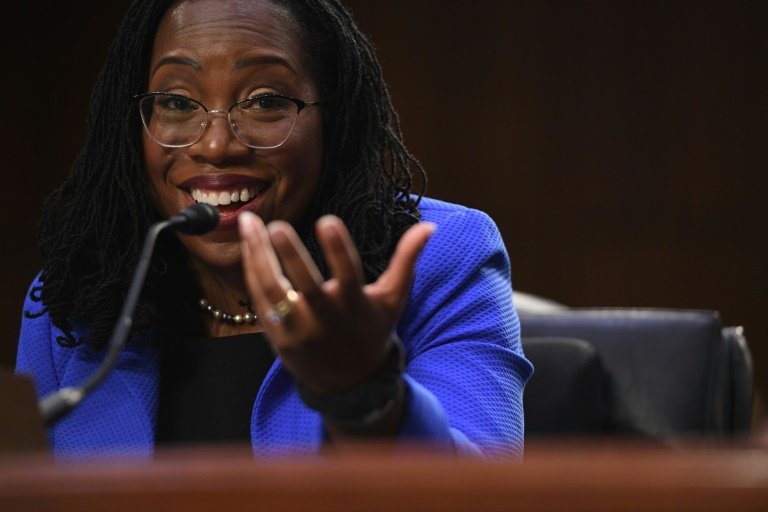 The court's liberal wing has been led by the oldest justice, Stephen Breyer, 83, a bespectacled progressive who has shown little patience for right-wing politics entering legal debates.

Breyer retired on Thursday as the current session ended, and his successor, the 51-year-old Jackson, was sworn in as the first-ever Black female justice.

With her arrival, the court's liberal wing will be all-female: Jackson, Elena Kagan, 62, and Sonia Sotomayor, 68, herself the first Hispanic woman on the court.

Given Roberts' inability to tame the conservatives, their voices are likely to go unheard in the most divisive cases in the coming years.