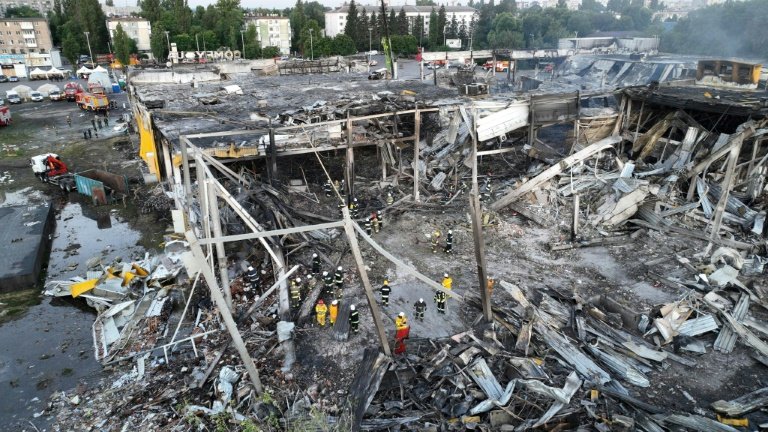 A trilateral agreement signed in Madrid "confirms that Turkey will at the Madrid (NATO) Summit this week support the invitation of Finland and Sweden to become members of NATO," Finnish president Sauli Niinisto says in a statement, after he and the leader of Sweden met Turkish President Recep Tayyip Erdogan.

Erdogan's office confirms that Ankara will back the membership drive, saying Ankara "got what it wanted" from Sweden and Finland.

Turkey has been resisting attempts by the two longstanding non-aligned Nordic states to join NATO in response to Russia's invasion of Ukraine, saying Finland and Sweden have provided a safe haven for Kurdish militants engaged in a decades-long insurgency against the Turkish state.

The Group of Seven leading industrialised powers vows to make Russia pay for its invasion of Ukraine, German Chancellor Olaf Scholz says, stressing that "(President Vladimir) Putin must not be allowed to win".

"The G7 stands united in its support for Ukraine," Scholz tells a news conference at the end of a three-day summit in the German Alps.

"We will continue to keep up and drive up the economic and political costs of this war for President Putin and his regime."

The leaders agree to work on a price cap for Russian oil, as part of efforts to cut the Kremlin's revenues, a US official says.

The Kremlin says Russia will halt its offensive as soon as Ukraine surrenders, urging Kyiv to order its troops to lay down arms.

"The Ukrainian side can stop everything before the end of today," Kremlin spokesman Dmitry Peskov tells reporters. "An order for the nationalist units to lay down their arms is necessary."

Ukrainian officials say at least 18 people were killed and 59 wounded in a Russian missile strike on a shopping mall in central Ukraine on Monday in what G7 leaders call a "war crime".

The Russian military says the target of the strike was an arms depot and that the resulting explosions triggered the blaze at the shopping mall, which it claims was shut at the time of the attack.

Ukraine's President Volodymyr Zelensky says Russia must be labelled a "state sponsor of terrorism" after the attack.

NATO chief Stoltenberg urges alliance leaders at their Madrid summit to keep up their backing for Ukraine amid the Russian onslaught.

"It is extremely important that we are ready to continue to provide support because Ukraine now faces a brutality which we haven't seen in Europe since the Second World War," he says.

At the meeting NATO is expected to boost high readiness forces to more than 300,000 troops.