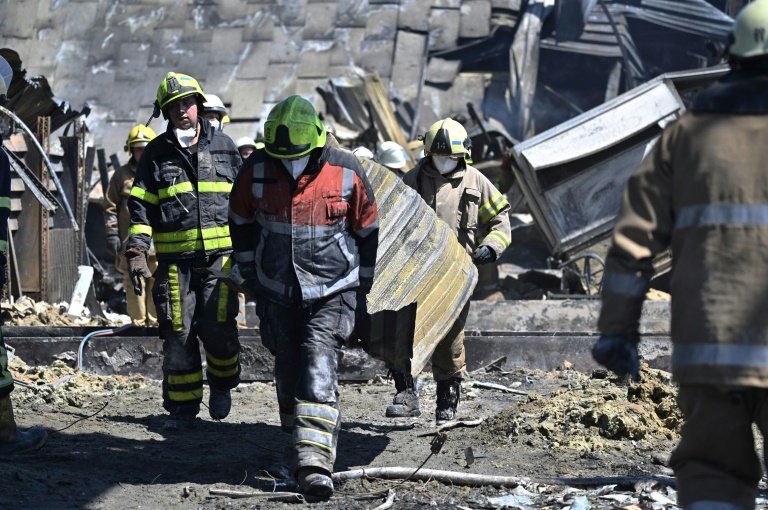 Russia vowed on Tuesday its assault on Ukraine would continue until Kyiv surrenders, as world leaders warned that Moscow would pay for its aggression.

The G7 group of the world's most powerful democracies met in Germany to send a message that they remain united behind Ukraine's embattled government.

And, ahead of a key meeting of the NATO allies, US President Joe Biden and fellow leaders pledged military aid for Kyiv and economic pain for Moscow.

But President Vladimir Putin's Kremlin was unmoved, warning that Ukraine's forces' only option was to lay down their arms in the face of the Russian invasion.

"The Ukrainian side can stop everything before the end of today," Kremlin spokesman Dmitry Peskov said.

"An order for the nationalist units to lay down their arms is necessary," he said, adding that Kyiv had to fulfil a list of Moscow's demands.

The consequences of Russia's four-month-old invasion were on display in the central Ukrainian city of Kremenchuk, where shaken civilians recounted Monday's missile strike on a shopping mall. 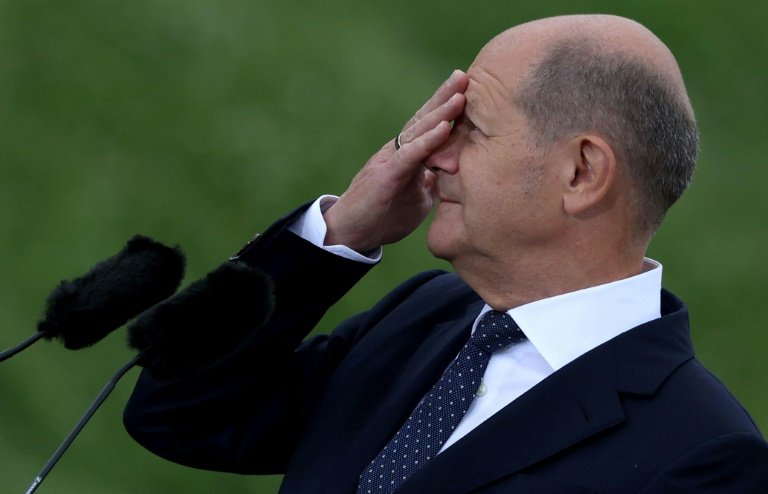 "Everything burned, really everything, like a spark to a touchpaper. I heard people screaming. It was horror," witness Polina Puchintseva told AFP.

All that was left of the shopping centre -- scene of at least 18 deaths -- was charred debris, chunks of blackened walls and green lettering from a smashed store front.

Russia claims its missile salvo was aimed at an arms depot -- but none of the civilians who talked to AFP knew of any weapons store in the neighbourhood.

And, outside Russia, the latest carnage sparked only Ukrainian fury and western solidarity.

"Indiscriminate attacks on innocent civilians constitute a war crime," the G7 leaders said in a statement, condemning the "abominable attack".

Ukraine's President Volodymyr Zelensky declared on his social media channels: "Only total insane terrorists, who should have no place on Earth, can strike missiles at civilian objects.

"Russia must be recognised as a state sponsor of terrorism. The world can and therefore must stop Russian terror," he added.

At their summit in the German Alps, the G7 leaders did not go so far as to brand Putin a terrorist -- but they vowed that Russia, already under tough sanctions, would face more economic pain.

"We will continue to keep up and drive up the economic and political costs of this war for President Putin and his regime."

Over the three days of their summit, the G7 had announced several new measures to put the squeeze on Putin, including a plan to work towards a price cap on Russian oil.

The group also agreed to impose an import ban on Russian gold. At the same time, the G7 powers heaped financial support on Ukraine, with aid now reaching $29.5 billion.

British Prime Minister Boris Johnson said the West was "to give the Ukrainians the strategic endurance they need to try to shift the dial, to try to change the dynamic of the position".

After the summit, with G7 leaders who are also in NATO heading on to Madrid, US National Security Advisor Jake Sullivan said Biden would announce new long-term military deployments across Europe.

The Madrid NATO summit will also try to overcome Turkey's objections to Sweden and Finland joining the military alliance, and Biden is to talk to Turkey's President Recep Tayyip Erdogan.

"The message that should come out of Madrid is a message of unity and strength for member countries, as well as for those that wish to join and whose applications we are supporting," Macron said. 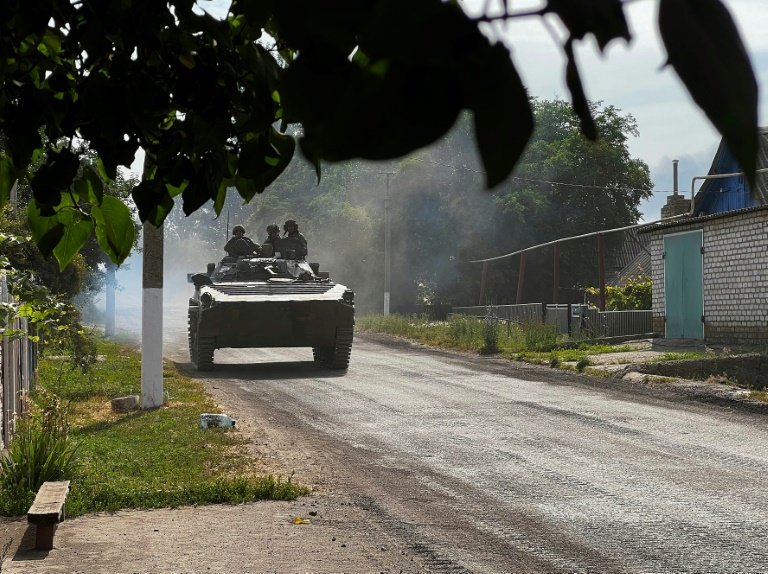 "We are a 70-year-old member of NATO. Turkey is not a country that randomly joined NATO," Erdogan said, before setting off for Madrid and talks with his NATO, Swedish and Finnish counterparts.

"We will see what point they have reached... We do not want empty words. We want results."

The United Nations said that 6.2 million people are now estimated to have been displaced within Ukraine, in addition to 5.26 million who have fled abroad.

"Ukraine now faces a brutality which we haven't seen in Europe since the Second World War," NATO Secretary General Jens Stoltenberg said as leaders began to gather in the Spanish capital.

Billionaire Russian industrialist Oleg Deripaska admitted in a rare Moscow press conference that the operation in Ukraine may have gone too far.

"Is it in Russia's interest to destroy Ukraine? Of course not. That would be a colossal mistake," he said.

After failing to capture Kyiv following their invasion in February, Russian troops have focused their campaign on seizing a swathe of eastern Ukraine, and have been gaining ground.