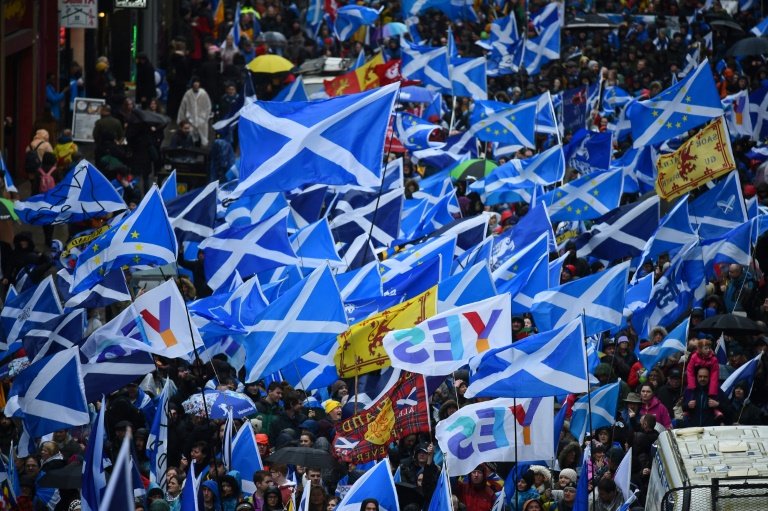 Scotland's government on Tuesday drew the battle lines for a legal and political tussle with London as it announced plans to hold a second independence referendum on October 19, 2023.

Addressing the Edinburgh parliament, First Minister Nicola Sturgeon conceded that her devolved administration may lack the power to call the vote without London's approval.

To ensure legal clarity, it will seek an opinion from the UK Supreme Court before it asks voters: "Should Scotland be an independent country?"

The phrasing of the question was the same as Scottish voters were asked in 2014. Then, they agreed to stay in the United Kingdom, and Prime Minister Boris Johnson's UK government says that settled the matter for a generation.

But Sturgeon's Scottish National Party (SNP) says the UK's divorce from the European Union, following a 2016 referendum, has transformed the debate.

Most Scottish voters were opposed to Brexit, and the SNP-led government said that with a majority in the Edinburgh parliament now in favour of independence, Scots should be consulted again.

Sturgeon stressed that the "consultative referendum" would only proceed with the approval of the UK Supreme Court.

A vote in favour of independence would still need approval from both parliaments in Edinburgh and London before Scotland could formally break away. 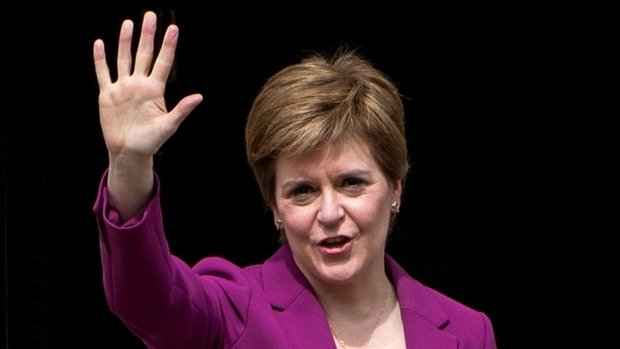 If the UK Supreme Court rules that the Scottish government lacks the power to hold the vote without London's agreement, "it will be the fault of Westminster legislation, not the court", she said.

In that scenario, the SNP would use the UK's next general election due by 2024 as a "de facto referendum" on independence, she added.

"Either way, the people of Scotland will have their say."

The SNP's opponents, including the Scottish Conservatives and Scottish Labour, say Sturgeon is fixated on holding a second referendum instead of focusing on more pressing policy matters.

Ahead of Sturgeon's speech, Johnson again ruled out the argument for Scottish independence.

"We certainly think that our plan for a stronger economy works better when the UK is together than when it isn't together," he told British broadcasters from a G7 summit in Germany.

Sturgeon's statement came as Queen Elizabeth II made an unexpected appearance at "Holyrood week", an annual series of ceremonial events in the Scottish capital.

The 96-year-old monarch has been suffering from difficulties walking and standing since an unscheduled night in hospital last October that forced her to cancel public engagements. 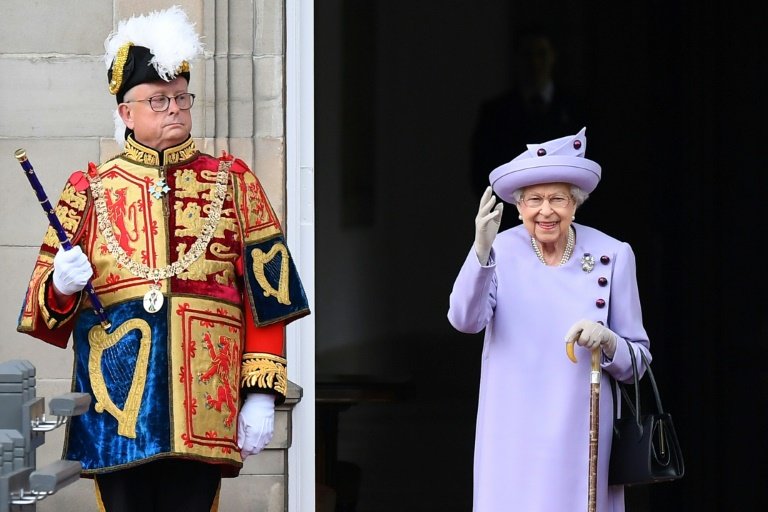 As head of state, the monarch is politically neutral, but the Daily Telegraph said her visit to Edinburgh "packs an ever-so-polite political punch".

"Without speaking -- and indeed almost without moving in public -- she embarked on just the sort of show of soft diplomacy she has spent 70 years perfecting," the newspaper said.

In 2014, ahead of the previous independence referendum, she told well-wishers near her Balmoral estate in northeast Scotland: "I hope people think very carefully about the future."

Scotland voted by 55 percent to 45 percent to remain in the UK, after then UK prime minister David Cameron agreed a "Section 30" order that made the result of the vote legally binding.

The legality of the SNP-led government ploughing ahead without London granting another such order will be central to the case before the Supreme Court.

Donald Cameron, the Scottish Conservatives' constitutional spokesman, said Sturgeon's "obsessive push for another divisive independence referendum is the height of self-indulgence and irresponsibility.

"Right now, ministers should be prioritising the global cost-of-living crisis, fixing our NHS (National Health Service) and rebuilding our economy from the pandemic," he said.